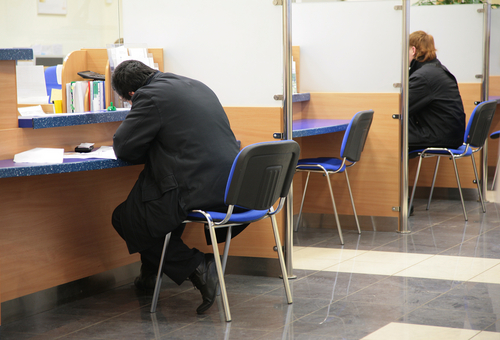 For the last 94 years, the Bank of North Dakota has stood as the only state-owned bank in the country, but that might change if enough Vermonters advocate for a public bank in their state. Although the idea arose initially during the congressional bailout of the country’s banks in 2008, and the mistrust of corporate banks, there is now a proposal for a public bank on the table in Vermont this year. But what would this mean for Vermont and any future states that follow North Dakota’s financial legacy?

To this day, the Bank of North Dakota stays in line with its agriculture-based economy and the private banking sector. Established in 1919, the Bank of North Dakota was the result of populists gaining control of the legislature and keeping farmers’ interests protected from out-of-state grain dealers and aggressive farm lenders. The bank’s loans for farms, businesses, residents and students make up the bank’s bread and butter, mainly through participation loans (i.e., loans administered through a community or other bank in the state). Checking and saving accounts are also offered, but the BND does not attempt to compete, diminish or destroy any banks in the private sector. Thus, no credit cards or other plastic, no bank branches and no online bill pay are available through the BND.

The function of a public bank

Instead of acting as a regular retail bank, then, the BND functions in some ways like the Federal Reserve, the federal government’s central bank. In fact, the BND has an account with the Federal Reserve Bank and acts as an opt-in middleman between it and North Dakota banks. But like the federal bank, the BND serves as a currency issuer, a wire transfer service and a clearinghouse for checks and transacted items in and out of state. Most importantly, all funds generated by the state of North Dakota must be deposited—by statute—into the BND, not into commercial banks. This enables the bank to serve as the distributor of funds on state projects and wherever else development is needed.

On the table: Vermont’s proposal for a public bank

On March 4, more than 20 town hall meetings across Vermont held an advisory vote to gauge the public’s temperature for a public bank, and 20 towns said yes . Only four opposed. This support, though, is up against the big bank lobbyists, one of which is the mayor of Montpelier, who have a heavier influence on the legislature than the general public.

Currently, the proposal for a public bank in Vermont similar to the BND takes the form of a bill pending in both legislative houses (H. 627 and S. 204). If passed, the state would convert the Vermont Economic Development Activity, a nonprofit, statewide small-business lender, into a bank. The VEDA would create a program mandating a one-time transfer of 10% of the state’s revenue for 2014. One year later, VEDA’s “Ten Percent” program would use the money in three ways: to push renewable energy across the state, provide loans for Vermont State college students and distribute monetary support to local infrastructure projects. Eventually, other state agencies would also blend into VEDA and create a more unified banking and lending system.

According to a December 2013 study sponsored by Vermonters for a New Economy, a public bank would add 2,535 jobs, make $234.2 million in new credit available and save around $100 million in interest costs for the Vermont. Currently, the state’s revenue is deposited into private banks such as Toronto-Dominion and People’s United Bank, which have the capital to handle the state’s hundreds of millions of dollars as its average daily balance. Vermont’s smaller, community banks cannot. The problem with relying on commercial banks is how they invest that money. Consider TD Bank, for instance; it invested in the Keystone XL pipeline, a Canada-U.S. crude oil pipeline, which did not have the support of Vermonters. Like the BND, a public bank would allow Vermont’s funds—as it would any state’s—to recirculate back into the state’s economic development projects.

There are significant issues to consider if the shift from commercial to public banking wins in the state. For one, the FDIC insures the big banks that hold the state’s revenue, and Vermont would have to sacrifice this, at least temporarily. The state would likely follow the BND’s lead and have their deposits guaranteed by the full faith and credit of the state via its treasury. Beyond the risks of insuring the bank, though, the transition could also involve the temporary loss of trust funds such as the Higher Education Trust Fund and State Pension Funds.

A public bank’s necessity and profitability are also brought into question. Many of the banks in Vermont are nationally integrated and utilize Federal Reserve services, which mean that the BND’s central bank-like services would not apply as well in Vermont. Making sure this public bank has enough capital is another issue and may depend on more public taxes or bond sales to further this cause. But perhaps the biggest issue, though, is that deposits to the Vermont General Fund from this new public bank would be very minimal and limited in the short-term.

The future of banking?

Research projections on the benefits and risks of public banks are complex and different for every state. In Vermont’s case, the criticisms tend to relate to short-term risks and dilemmas, and government agencies such as VEDA and others do share significant parallels to the Bank of North Dakota.  If this bill passes and the bank works, we may see other states like Massachusetts and California pursue them too, but the process will not be easy or work the same in every state.