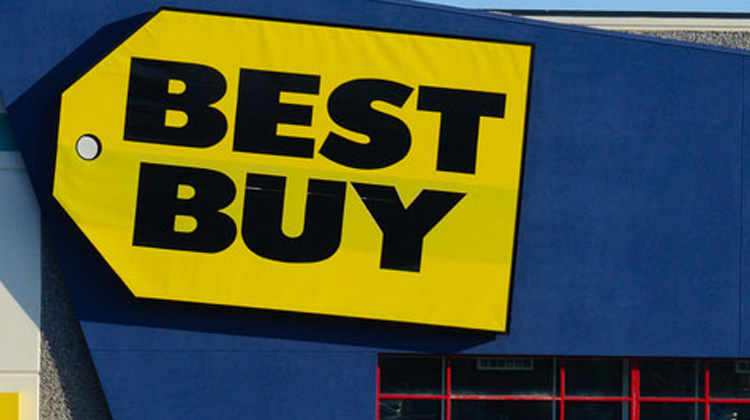 NerdWallet continues to explore the hits and misses of Black Friday sale ads in this ongoing series. Keep checking back to find more great deals on all your favorite items.

The Best Buy Black Friday 2013 ad has leaked, and as usual the 23-pager offers competitive deals on a wide array of electronics! The electronics retailer will be opening on Thursday, November 29th, and they’ll be offering their traditional tickets to early bird customers. Best Buy employee will start handing out the tickets, which serve as dibs on select items, two hours before their opening hours (scroll down for details!). Tickets are limited to one per person, per item. For a peek at Best Buy’s selection, scroll down to their ad and our best deals highlights below!

Diehard shoppers will be happy to hear that the date of the Best Buy Black Friday 2013 sale has just been released on the company’s website. They will be joining an increasing number of retailers that have begun kicking off their sales on November 29th, Thanksgiving day. The store will be opening earlier than most stores, however, at 6 p.m. Thursday night.

Best Buy’s best Black Friday deals for 2013 are some of the most competitive around! Here are the top highlights from their ad scan:

Consumers are getting an early look at a handful of Best Buy’s Black Friday sale items, thanks to a local news station in Little Rock, Arkansas. A Best Buy employee appeared on the program to share tips for getting the most out of one of the year’s biggest shopping days, then revealed three of the big-name items shoppers can look for on the 29th, along with their discounts.

Here’s what we can expect so far:

Best Buy’s 2012 Black Friday ad brought out the usual crowd of shoppers, enticed by bargain electronics, eager to tick the most popular gadgets off their holiday shopping lists and claiming their spots in line hours before doors opened.

It’s practically become a tradition to see customers camped out in front of locations across the country on Thanksgiving Day, and it’s no wonder – the prospect of saving hundred on gadgets, electronics and media is enough for make anyone consider unrolling their sleeping bag on a sidewalk. To take the pressure off shoppers scrambling for the most heavily discounted items, Best Buy associates handed out claim tickets for doorbuster offers hours before stores opened at midnight.

Last year the tech retail giant teased Black Friday fanatics with the release of a 22-page ad filled with deals on TVs, cameras, mobile devices and too many other miscellaneous electronics to name. The ad’s biggest strength was the variety of different items being marked down. Whether you were looking for a Blu-ray player, tablet, laptop, external storage or X-box game, you probably saw at least a couple of worthwhile deals.

A few of the scan’s standout discounts:

The ad also featured some less outstanding prices, most notably on video games – like Assassin’s Creed 3 for Xbox 360 and FIFA Soccer 13 for PS3, both at $34.99 – as well as on HDTVs. These prices may have drawn shoppers who were already in the market for a TV, but doorbusters they were not:

While there was no shortage of doorbusting deals in 2012, consumers expect more from one of the biggest names in the business when it comes to big-ticket items like TVs. In this respect, last year’s Black Friday ad was a bit disappointing.

For more savings on gadgets and electronics, don’t forget to take a look at this year’s ad scans for RadioShack and Dell.