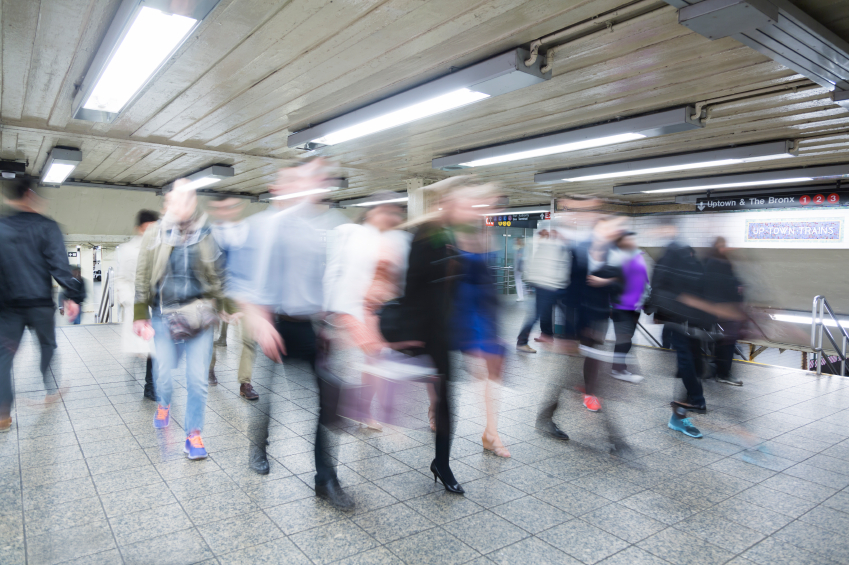 Residents in some states are more vulnerable to identity theft, according to a review of federal data by NerdWallet, a personal finance website.

In 2014, there were 332,646 identity theft complaints in the U.S., data from the Federal Trade Commission show. This figure includes complaints by consumers to the FTC as well as reports received by federal and state law enforcement agencies, national consumer protection organizations and non-governmental organizations.

The most common kind of identity theft is fraud involving government documents, such as Social Security cards, passports and driver’s licenses, and government benefits fraud. Other kinds of identity theft are credit card fraud, phone or utilities fraud, bank fraud and employment-related fraud.

The map shows how identity theft differs across the U.S. To see the rate of identity theft complaints per 100,000 residents, click on the fraud categories and hover over a state or scroll through the list of all 50 states and Washington, D.C.

Check out the full data for identity theft rates by state and by metropolitan area in the tables below.
Find out how much you know about credit card fraud by taking our quiz.

Consumers’ complaints unresolved. Some 9% of consumers’ credit card fraud complaints were closed without any form of relief from the companies involved, according to the Consumer Financial Protection Bureau.

We analyzed data CFPB data from December 2011 to Sept. 14, 2015, to examine how companies are addressing consumers’ complaints. One of the missions of the agency, which was created by Congress in 2010, is to educate consumers about the financial agreements for their mortgages, payday loans and other borrowing, such as credit cards.

The future of credit card fraud

EMV technology, a way to make credit card payments more secure by generating a unique code for each in-person credit card transaction, is being widely adopted across the U.S. After October, merchants or vendors who don’t support EMV technology will be liable for fraudulent transactions that occur in person.

Sean McQuay, NerdWallet’s credit cards expert, warns that there are some limitations with this technology. “It’s important for consumers to know that EMV chips are not a magic bullet for credit card security,” McQuay says.

While EMV technology should cut down on credit card fraud in the long run — namely, counterfeit fraud — complaints stemming from online shopping fraud are likely to increase. Online shopping and other forms of so-called card-not-present fraud increased 120% over a decade in the United Kingdom from 2004, when EMV technology was adopted, to 2014.

There’s a chance that residents of Florida, Washington, D.C., and California could see their already higher rates of credit card fraud increase more in the months to come when they make purchases online.

How does the CFPB help consumers?

Each week, the CFPB logs thousands of complaints about financial products and services to help consumers get responses from companies.

Here’s an example of one of the thousands of consumer narratives complaining about credit card fraud in the CFPB database:

This consumer isn’t alone. NerdWallet analyzed the 4,607 complaints about credit card fraud to the CFPB from December 2011 to Sep. 14, 2015, to see how companies respond to consumers.

We found that 58% of all credit card fraud complaints to the CFPB were closed with an explanation from the bank, which means it met the consumer’s desired resolution or it explained why no further action was taken.

The consumer in the complaint above, for example, was provided an explanation, but wasn’t given monetary or non-monetary relief by the credit card issuer. The CFPB reports that the consumer has disputed the card issuer’s response.

Data on identity theft rates per 100,000 residents are from 2014 and the FTC’s Consumer Sentinel Network.

Data on companies’ response rates to credit card fraud complaints are from the CFPB’s Consumer Complaint Database from December 2011 to Sept. 14, 2015.

Scroll through the table to see the data on identity theft rates by state and category from December 2011 to Sept. 14, 2015.

Scroll through the table to see the data on identity theft rates by metropolitan area from December 2011 to Sept. 14, 2015.