UPDATE Sept. 13, 2019: The Apple Card is now available. Below is our article from March 25, 2019, when the card was first announced, updated to reflect the latest features of the card.

Apple is rolling out a new credit card that features ample cash-back rewards if used through Apple Pay — but mundane rewards otherwise. 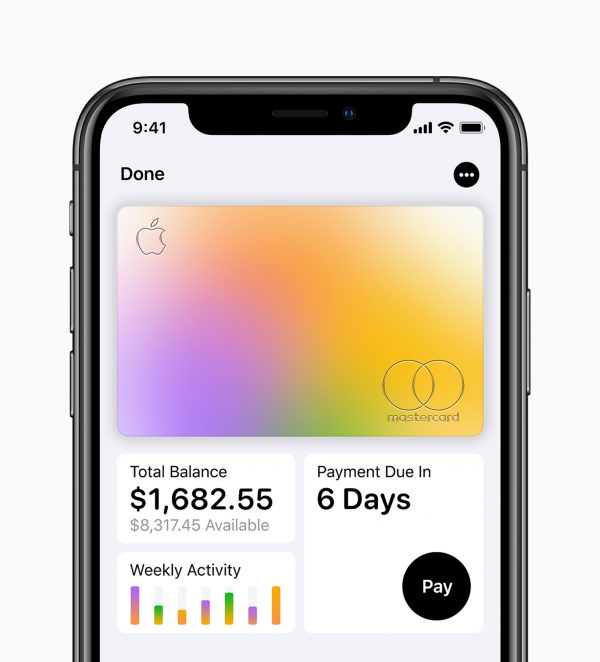 The $0-annual-fee Apple Card — issued by Goldman Sachs and operating on the Mastercard network — is both a virtual card that lives in Apple devices and a sleek physical card made of titanium.

Apple, which made the announcement among a slew of other intriguing ones on March 25, said the card is “designed to help customers lead a healthier financial life.”

» MORE: Should you get the Apple Card? What to know before you bite

The Apple Card will earn cash back at the following rates:

The 2% cash-back rate for most purchases is competitive — it matches the rate on Citi’s popular cash-back card, for example — but you get that rate only on purchases through Apple Pay. Many merchants are not set up to accept Apple Pay.

The 1% rate on purchases made with the physical card outside of Apple Pay is nothing special. A whole range of cards offer cash-back rewards of 1.5% or better on all purchases.

You don’t receive the physical version of the card automatically. You must request it separately after your application is approved. See the “How to get it” section below for instructions.

Cash back will be credited daily to customers’ Apple Cash card within their phones, which is somewhat unusual. Typically, cash-back rewards are applied to an account monthly. This “Daily Cash” can be used for purchases via Apple Pay, to pay down the card balance or to send to friends and family in Apple’s texting program, Messages.

The card does not offer a welcome bonus for new cardholders.

The card charges no annual fee, late fees or foreign transaction fees. When the card opened up applications to the public, Apple’s page for the card identified the ongoing interest rate as a variable APR of 12.99% to 23.99%, based on creditworthiness. There is no introductory 0% APR period.

MORE: Apple Card Q&A: How it will work and what to expect

The virtual Apple Card is built into the Apple Wallet app on iPhone.

The physical card will be made of titanium. It will have no card number, CVV security code, expiration date or signature, which Apple said makes it more secure. That extra information can be accessed in the Wallet app — for use in apps and websites, for example. Once your Apple Card application is approved, you can request the titanium card through the Wallet app.

Apple did not address how or whether the card could be applied for — or used — by non-Apple customers.

» MORE: How the Apple Card stacks up against the competition

Many card issuers offer personal finance tools, and Apple will, too. The goal is to give customers a “better understanding of their spending so they can make smarter choices with their money,” said Jennifer Bailey, Apple’s vice president of Apple Pay. 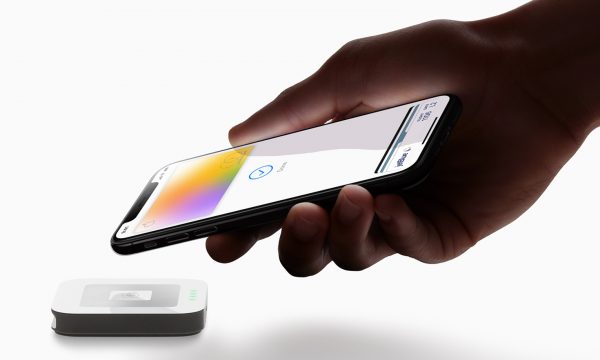 Tools include real-time views of your latest transactions and the account balance located in the Wallet app. Like many banking apps, it will categorize spending so you can evaluate it.

The card uses machine learning and Apple Maps to better label transactions with merchant names and locations, in some cases relabeling cryptic transaction descriptions with ones that better identify the merchant, the company said during its live presentation.

It will calculate the interest cost on different payment amounts and suggest paying more every month to lower interest charges.

Apple said purchases are secure because they must be authorized with Face ID or Touch ID and a “one-time unique dynamic security code.” Apple won’t know where a customer shopped, what they purchased or how much they spent, it said.

Goldman Sachs pledged to never share or sell data to third parties for marketing and advertising.

How to get it

Customers can apply for Apple Card through the Wallet app on their iPhone. To see the application in Wallet, you must be running iOS 12.4 or higher. Upon approval, you can start using the card through Apple Pay right away.

Apple previously had a co-branded credit card issued through Barclays — the Barclaycard Visa with Apple Rewards, which offered no-interest financing on Apple purchases for new cardholders. That card has dropped the “Apple” from its name and is now just the Barclaycard Financing Visa®, but its special Apple financing terms remain in place.

Greg is a personal finance expert at NerdWallet. He previously worked at the Chicago Tribune and wrote two money books. Read more