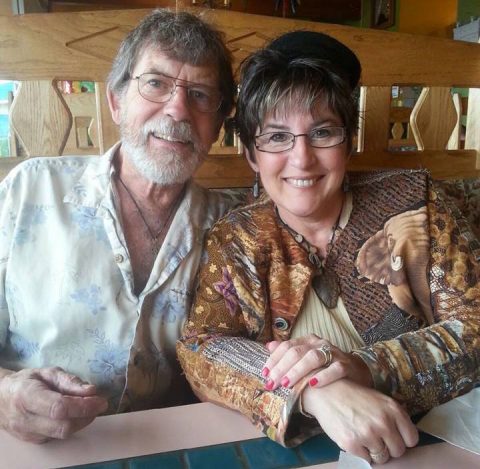 The credit card rewards that Doug and Debbie Todd earned while building their home helped finance a cruise in the Bahamas and a trip to Cabo San Lucas, Mexico. Photo courtesy of Debbie Todd.

When Debbie and Doug Todd decided to build their dream home in southwest Washington state, they hired contractors to do the bulk of the work. Soon after, they got an unwelcome surprise when the contractors abandoned the project unexpectedly. So the couple decided to build the home themselves. “It took three years. I worked all day [at the office] and swung hammers at night,” recalls Debbie, a certified public accountant. She learned how to use air guns, drills and wire cutters along the way.

The credit card rewards the Todds earned while building their home helped finance a cruise in the Bahamas and a trip to Cabo San Lucas, Mexico. They put the vast majority of their purchases on credit cards, which allowed them to earn cash back as well as travel points. By the time they were done, they had spent more than $215,000. They decided to celebrate by using some of the points they had earned to go on a dream cruise to the Caribbean, just in time for their 30th wedding anniversary. “After many years of working and raising our family, we realized we wanted to spend more ‘us’ time and travel,” Debbie says.

She says she applied some of the money management principles she uses at work to allow her to get a dream vacation out of her unexpected DIY homebuilding project. Here are her tips for anyone hoping for a similar result:

Track your spending. As a financial professional, Debbie knows how to track money, and her accounting skills were useful when it came to budgeting for her home project and staying on top of credit card rewards. She carefully tracked every penny of the $189,371 they spent on rewards credit cards. In addition to that amount, the couple charged $27,466 to their Home Depot credit card to take advantage of an interest-free financing offer. Her careful accounting helped them stay on budget, as well as see the rewards they were earning.

Work toward a specific goal. When the Todds first started building their house, they discussed using the rewards for a trip to Hawaii for their 25th anniversary. That helped them stay motivated and working toward that goal. When an injury derailed that plan, they quickly replaced it with a new dream: a seven-day cruise in the Bahamas for their 30-year anniversary in 2014. “We renewed our vows on board with three of our five beautiful daughters in attendance,” Debbie recalls. “The points completely paid for the airfare, so we ‘reployed’ those savings and upgraded to a lovely suite for the entire cruise,” she says.

Don’t stop planning. The Todds are still using the rewards they earned from their home project. In 2015, one of their daughters needed back surgery and the points allowed Todd to quickly hop on a plane and stay with her for two weeks. Last November, the couple flew to Cabo San Lucas, Mexico, for nine days with friends. They also used points for a resort upgrade. “We were completely pampered the entire time, plus we had money left for the excursions,” Debbie says. Those excursions included deep-sea fishing and a sunset dinner cruise. The Todds still have 14,371 miles left to apply to future trips. They reviewed the rewards guidelines of their cards in advance, to make sure they didn’t risk their points expiring.

Keep budgeting. As luxurious as the trips have been, Debbie is still careful not to overspend just to accrue rewards. She also pays off the balance on her cards each month to avoid incurring any late fees or interest payments. “That can lead to more pain and cost than the rewards are worth,” she says.

The Todds continue to enjoy their custom three-bedroom, three-bath home, as well as the memories of their vacations. Debbie says she learned that sometimes, unexpected surprises can turn out to have hidden rewards. “I thought I was [only] going to be picking out paint colors and knobs for the cabinetry” in the new home, she says. Instead, she and her husband built much of the home — and then found themselves relaxing on a cruise ship later.

» SIGN UP: NerdWallet can help you set, and reach, a savings goal

Kimberly Palmer is a credit card and personal finance expert at NerdWallet. She has been featured on the "Today" show and in The New York Times. Read more