Short of growing your own food or visiting the producer yourself, there’s no way to be 100% certain the food you purchase is grown in an organic, sustainable way, experts say.

Yet shoppers who want organic food do have options, despite the serious flaws in the U.S. Department of Agriculture’s certification process, as outlined in a recent investigation by NerdWallet.

Taking these steps requires more effort — sometimes much more effort — than simply looking for a green-and-white USDA organic seal. Here is some advice.

1. Use lists compiled by watchdog groups

Americans turn to organics for two primary reasons, according to a survey by Pew Research Center.

Some consumers want to help the environment by supporting sustainable agriculture. Others want to eat healthier and believe organic food is better in that regard.

If your organic purchases are environmentally motivated, you can put your money toward farms with clean track records. You’ll be supporting the organics movement even if some conventionally grown food slips through to your shopping cart.

You can improve your chances by consulting the Cornucopia Institute, a nonprofit advocacy group in Wisconsin, which rates U.S. farms and manufacturers of eggs, dairy, cereal and other items. A top-rated farm goes above and beyond the requirements for organic certification, whereas operations rated fair or poor have questionable compliance with USDA organic regulations.

Cornucopia’s scorecards give additional insights and details on each brand’s operation.

The USDA has an Organic Integrity Database that lets you look up a company’s organic certification. Under the “Status” tab, you can search for companies whose organic status has been revoked or suspended and choose to avoid those. While NerdWallet found that the USDA certification process is unreliable and the list incomplete, consumers can at least rule out food from companies that the agency has taken enforcement actions against.

If your primary motivation is eating healthier food, first evaluate your assumptions.

“Some people assume that organic food is more nutritious, and that’s definitely not necessarily the case,” says Carrie Dennett, a registered dietitian nutritionist. Many things impact the nutritional value of food, she notes, including transit time from farm to store.

Choosing organic fruits and vegetables can lower your exposure to the chemical residue that can linger on your food, though. Both organic and conventional farms use pesticides, but the type and amount used can vary by crop.

Strawberries, for example, are highly susceptible to pests and therefore heavily sprayed with pesticides. Those chemicals can’t be peeled or easily washed away, either: “You can’t scrub a strawberry,” Dennett says.

The Environmental Working Group, a nonprofit research and advocacy organization, ranks fruits and vegetables based on the amount of pesticide residue left after proper washing and preparation in its “Dirty Dozen” and “Clean Fifteen” lists.

Strawberries top the “dirty” list, and buying organic ones is worth considering, says Sonya Lunder, a senior analyst for the Environmental Working Group.

Pineapple, on the other hand, is near the top of the “clean” list. Tests of the fruit grown with pesticides generally find little, if any, pesticide residue, thanks in part to the fruit’s hard exterior and long growing season.

So if you’re concerned about chemical residue and torn over whether to spend the extra $2 for an organic pineapple, consider pocketing the savings and buying the conventionally grown fruit. But if your aim is to support sustainable farming practices, buying organic — even amid certification concerns — can still support legitimate organic farmers. 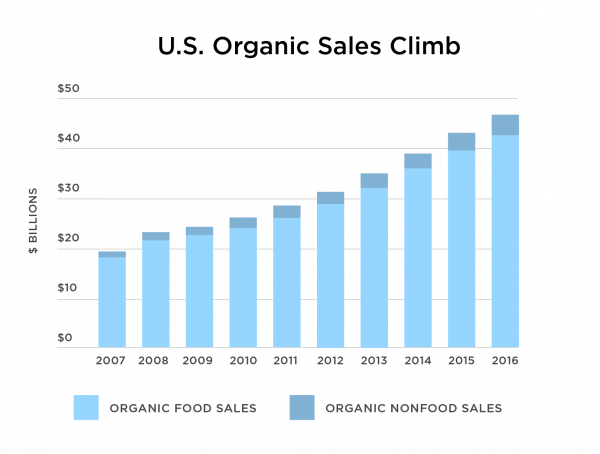 The best solution for many shoppers is to purchase food grown close to home, preferably via a farmers market or Community Supported Agriculture program.

Buying from a market or CSA lets you build a relationship — and build trust — with the sellers. You can talk to farmers and their employees and learn about their operation. Ask them to explain how they keep pests and weeds out of their crops, or about the feed they provide to animals.

Buying hyperlocal isn’t always feasible (or budget-friendly), though, so another strategy is to give preference to items grown in the United States, Dennett says. Major supermarkets, including Walmart and Safeway, also source locally grown food, though their definitions of local can vary. Walmart, for example, defines local as food grown and sold in the same state.

The U.S. supply chain generally has fewer opportunities for fraud than imports. And even genuinely organic foods from outside the U.S. can become tainted at entry ports if customs inspectors detect pests in the shipment.

“Organic food that comes into this country could get fumigated with pesticides and therefore no longer meet the organic definition,” Dennett says.

A recent audit by the USDA Inspector General found that organic produce is sometimes treated with substances prohibited by the USDA National Organic Program when it arrives at U.S. ports, but is still sold to consumers as organic.

3. Take a look at the country of origin

Avoiding imported foods altogether isn’t realistic, especially if you fancy organic bananas, coffee, avocados or olive oil, which are among the top organic imports in the United States, according to USDA reports.

Rather than fully relying on USDA labeling, which is fraught with problems, do a little research and use your own judgment about the trustworthiness of the country of origin, says Peter Laufer, author of “Organic: A Journalist’s Quest to Discover the Truth Behind Food Labeling.”

As an example, Laufer keeps the bag from a package of organic frozen berries purchased at Walmart stapled to the wall of his office at the University of Oregon, where he teaches journalism.

“It’s got the USDA organic stamp on it, and in the fine print it says ‘Product of Serbia and Argentina.’” Laufer says. “You are in such a never-never land with that.”

But shoppers can’t single out a single nation and say “avoid wheat from this country or whatever,” says the Environmental Working Group’s Lunder. Even in countries like Costa Rica, the source of fake organics discovered by the USDA, there are growers going to great effort and expense to produce legitimate organic foods for export to the United States.

Since there is no single and authoritative resource to learn which countries have questionable organic certification, the burden falls on consumers. The best you can do is arm yourself with information and put your money toward the food and growers you deem most trustworthy. 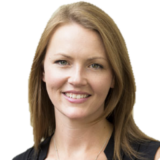