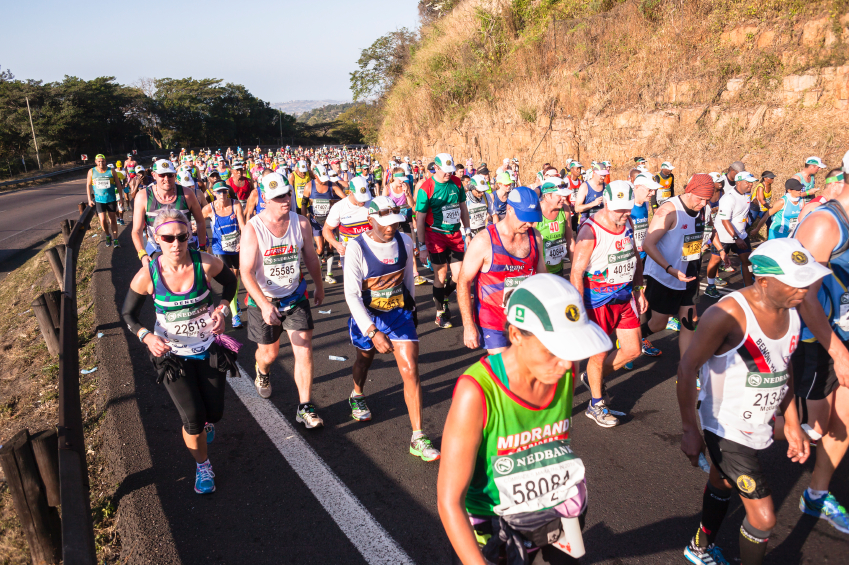 Learn more about Robbie on NerdWallet’s Ask an Advisor

In July, I had the opportunity to run the Beaverhead Endurance Run 55K, a 55-kilometer (34-mile) trail run along the mountain ridges of the Continental Divide near Salmon, Idaho. OK, “run” might be too generous a term to describe what I did. Jogging, hiking, walking, stumbling, and begging for mercy are all a little closer to the truth.

After limping across the finish line, soaking in Sharkey Hot Springs and sleeping like a log, I had a chance to reflect on the experience. As a financial advisor, I found that what I’d just gone through held some powerful lessons about managing money.

No pain, no gain

Watching a YouTube flyby of the race course last winter — a video with calming music and breathtaking scenery —I thought it looked like a great thing to do. Having done it, and having had the chance to recover for a while, I know for sure that it was. While I was doing it, though, it was painful. Like, how-the-heck-did-I-get-into-this-mess painful. Going through the pain was what I had to do to make progress.

Ever had to reallocate your portfolio in the middle of market hysteria? Buy stocks when they are down 40%? Buy bonds when stocks are up 40%? It can make you a little ill to stick to your plan in times like that, but that discipline is what makes you successful.

How about going through the painstaking process of tracking exactly how much you spend? Asking your financial planner how much his management fee plus the underlying fund fees are costing you? Asking your insurance agent about the actual costs of that whiz-bang annuity he’s pushing?

These can be difficult tasks and conversations. If you’ve done them and seen the payoff, however, you understand that doing hard things financially is often good for you and gets you where you want to be.

Don’t worry about other people

When I crossed the finish line almost 13½ hours after I started, I felt so relieved and so accomplished. What I didn’t know at the time was that I was the slowest guy to finish the course that day. Dead last. But I didn’t care. While some people were racing other people, I was merely racing myself, trying to finish the course before it finished me.

Comparing ourselves to others can sink us financially. In the investment world, we call this the same thing you’d call it anywhere else: unproductive.

Say you’ve got a friend who’s invested in a miracle mutual fund that’s up so much higher than all the others. By the time you actually buy in, it’s probably just as likely that it’s that fund’s turn to do worse than the rest. Same thing with that hot tech stock. Just because everyone else is borrowing against their house for money to invest in the market doesn’t make it the right thing for you to do. Understand your risks, make your decisions, stick to your plan and experience your success.

Don’t quit, no matter how bad it gets

At the toughest point of the race, I was in a the middle of a boulder field that was several miles long, on a ridge at 10,000 feet. What seemed like (but clearly weren’t) hurricane-force winds and rain were blowing from the Idaho side, trying to push me over the 800-foot cliff on my right down into Montana (which I’ve always wanted to visit, but didn’t seem so inviting at that particular moment). My legs were jelly, and I was moving like my grandpa did in his mid-70s. I felt like quitting, but realized that if I did, I would still have to walk across the rest of those dang rocks to get off the mountain. I thought to myself, “How do I get out of this mess?”

Maybe you’ve found yourself at a similar point financially. I know I have. For me, it was waking up to the amount of credit card debt I had. “At what point did I think it would be a good idea to use these cards like this?” For you, maybe it was a job that didn’t work out. Or you thought there was no way that real estate investment could be bad. Or you were sure you could double your retirement account in that IPO.

Once you’re there, though, it doesn’t do any good to quit. You aren’t the only one who has blown it financially. So lastly, remember that, like me on the ridge, you just have to keep putting one foot in front of the other, get through the position you put yourself in, and learn not to be there again without being better prepared.

But don’t sweat it too much — doing what is right financially can hurt, but it’s a beautiful thing. My run was worth every step, because by sticking to my plan, I found what I was looking for in the first place.

This article also appears at Nasdaq.