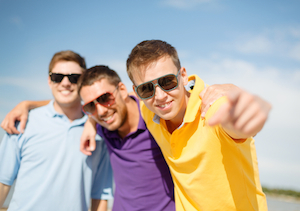 Being single definitely has its benefits; after all, who really wants to argue about whose turn it is to take out the garbage?

But many singles worry about the financial implications of choosing not to partner off. Specifically, you might be wondering if there are any credit concerns you should be aware of. If so, take a look at the details below!

First, let’s review how your marital status is factored into your credit score. In short: It isn’t.

Your credit report (which is used to create your credit score) lists a lot of your identifying information. For example, your name, date of birth, Social Security number and current and past addresses are included. But other personal characteristics, such as your gender, religion and marital status aren’t. This means that these attributes don’t influence your credit score in any way.

All this is to say that being single has no direct effect on your credit score.

It’s also worth pointing out that when you’re applying for a loan, your lender isn’t allowed to deny you credit because of your marital status. According to the Equal Credit Opportunity Act (ECOA) of 1974, banks can’t discriminate against borrowers because of their race, religion, age, marital status, gender or national origin.

This legislation was a major victory for the Women’s Right’s movement of the 1970s. Prior to the ECOA, single women were routinely denied credit even if they had the financial capacity to pay on it. This largely stemmed from sexist attitudes about women and money.

Luckily, we’ve come a long way since then – according to a Huffington Post report, in 2012 single women made of 18% of homeowners. This means that single women are accessing mortgages in numbers that probably wouldn’t have been possible before the ECOA.

Remember, you have only yourself to rely on

While it’s true that being single doesn’t affect your credit score or your ability to get a loan, it’s important to remember that bachelors and bachelorettes have only themselves to rely on when it comes to credit. This isn’t necessarily a bad thing, but it does add an extra layer of importance to taking your finances (particularly your credit score) seriously.

For instance, if one member of a married couple has poor credit, the other member might have a high enough score to qualify for a loan anyway. But singles don’t have this luxury, which means it’s essential to pay special attention to keeping your credit in solid shape.

Not sure what steps you should be taking to make sure your score is in good condition? Take a look at the Nerds’ top tips below:

The takeaway: Being single doesn’t have any direct impact on your credit, but it does mean that you should be extra vigilant about holding onto a good score. Don’t worry – with the Nerds in your corner, you have all the tools you need to make it happen!