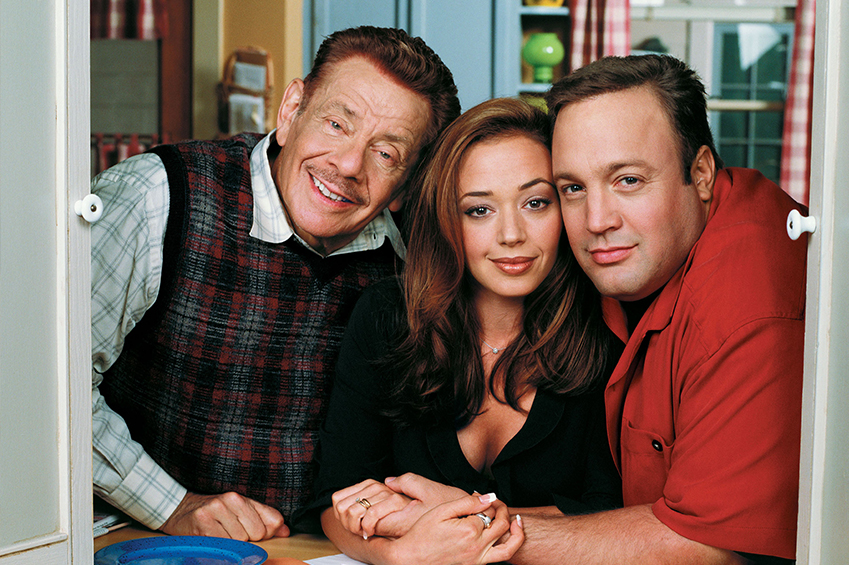 Learn more about Shanda on NerdWallet’s Ask an Advisor

Recently I watched an episode of “The King of Queens” in which Doug, a working-class deliveryman, brings home an unexpected $3,000 Christmas bonus. He suggests that they deposit the windfall into their savings account, but his wife, Carrie, wants to get into the stock market. Some guys at her work, she says, have invested in technology stocks and are making a killing.

After pleading and begging with Doug, she finally gets her way, and they decide to invest the $3,000 in a specific tech stock.

Their adventure begins when they buy the stock at $6 a share. The next day, it doubles to $12. They’re ecstatic! But the following day, it drops to $4. Doug is ready to get out. Carrie however, argues that they should hang on. “We are long term investors,” she shouts. “We are in this for three to four weeks.”

The next day, the price drops to $3. Doug can’t take it: “Sell now,” he pleads. “I’m not wired for this kind of stuff!” Carrie disagrees, but, wanting to relieve her husband’s anxiety, she sells the stock.

Unable to curb his curiosity, Doug keeps an eye on the stock’s performance. Two days later, it skyrockets more than 200%, so of course he wants back in.

You can guess what happens next. They buy the stock again at the new, higher price, and it spikes even higher before plummeting to less than $2 a share.

The episode ends with them realizing they need to buy more shares since the price is almost at rock bottom, but they don’t have the money available. So, in a move that would make any financially savvy viewer cringe, they take out a cash advance on their credit card.

What do we learn from “The King of Queens”? We learn that investing in a single stock is stressful and you cannot predict how the market is going to perform. It’s a wonderful feeling when you are experiencing a staggering rate of return, but how do you know when to sell? How do you know when to buy more? It’s an ongoing roller coaster of stress.

A solid investing strategy means diversifying your portfolio and never, ever buying individual stocks. Here are three main reasons why.

You can’t time the market

In “The King of Queens,” Doug and Carrie knew that the company whose stock they had purchased had gotten federal approval of some sort. In their minds, this meant that the stock’s price would inevitably increase and that they had bought at the perfect time. Surely, it would be easy to sell the stock right when it was at its peak, thereby reaping maximum gains. In other words, they convinced themselves they could time the market.

The Spiva U.S. Scorecard from S&P Down Jones Indices illustrates the folly of that idea. In 2014, the S&P 500 generated a return of 13.7% — but 86.4% of large-cap fund managers underperformed the benchmark. Put another way, only 13.6% of large-cap fund managers beat the market. If you look at previous years, it is similarly staggering how far active fund managers have been off, not only in large-cap stocks but also in other asset classes. Hopping in and out of individual stocks leads to worse performance than the market as a whole. The lesson: You can’t time the market.

Eggs in the same basket all break when dropped

Holding one or even several individual stocks in your portfolio is very risky, because any downturn in that particular sector means you’ll take a serious hit, with no other stocks or sectors to protect you.

In “The King of Queens,” Doug and Carrie were intent on investing in a particular “tech stock.” Don’t choose an individual stock or even an individual sector. Instead, select index mutual funds, which give you exposure in many different sectors, such as financials, energy, staples, health, utilities and technology. If one industry nosedives, you’re protected because you have others to support your portfolio.

Emotions will get the best of you

Doug was petrified that they would lose all of their money, so he wanted to sell the stock when it started falling. After they sold and the stock recovered, greed took over and he wanted back in the action. This is emotional thinking, rather than rational.

Is it possible to keep emotions out of your investing strategy? That depends on your personality. If you are “chill” and don’t care what the markets are doing, then maybe it is. If you freak out at the latest market news, then it may be better to have an outsider make investment recommendations. Some great sources to find a fee-only financial planner are the Alliance of Comprehensive Planners, the XY Planning Network and the National Association of Personal Financial Advisors.

It’s exciting to see what magazines, TV shows and fund managers have to say about picking stocks, but you’d be wise to heed the warning of “The King of Queens.” It’s just a comedy show, but unfortunately it’s reality for many people. Invest in index mutual funds and save yourself the risk and stress.

This article first appeared on Nasdaq.