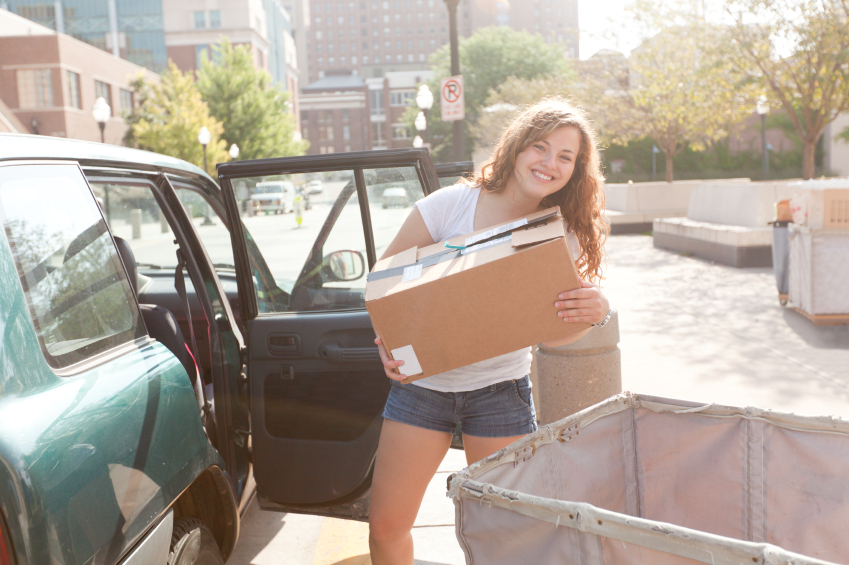 Heading off to college often starts with buying a car to set off in. Factors to consider include safety, reliability, price, features and, yes, car insurance quotes. To help with the decision, we looked at some of the best cars for students per authoritative websites including Edmunds, Motor Trend, Kiplinger and U.S. News & World Report and then calculated the cost to insure them.

Here’s what we found.

We compiled insurance quotes from three big insurers — Allstate, Geico and State Farm — for 18-year-old Californians driving six recommended vehicles. The quotes generally correspond with vehicle age, meaning newer cars cost more to insure. That’s because newer cars generally are worth more, and comprehensive and collision coverage pays up to the value of a car if it’s damaged or stolen.

There were exceptions, however. A 2008 Toyota Prius, for instance, cost more to insure with two carriers than a 2014 Toyota Tacoma.

The gap between the highest and lowest quotes among the three companies averaged $346 but was as high as $491 (for the Mazda6). No company had the cheapest rates for all of the models, which serves as a reminder that it’s always a good idea to shop around for auto insurance quotes.

In choosing the six cars, we looked at several sites that offered recommendations for younger drivers. We opted for a mix of vehicle types and ages (new and used) to meet a variety of needs and budgets. Here are details on each of the models, along with insurance quotes and prices (used car prices are retail values based on typical mileage from the information site NADAguides). Prices of the cars on our list range from $5,590 to $21,495. This sedan recently has been named as a top choice by U.S. News & World Report and Kiplinger. The publications praised the car’s fuel economy, quality of finishes and features, safety ratings, looks and handling. The Insurance Institute for Highway Safety also called the Mazda6 a “Good Choice” for teen drivers (that’s one notch below “Best”). Some students may prefer a pickup truck to a passenger car, particularly in rural areas. Motor Trend named the Tacoma a top back-to-school choice among new vehicles in 2014, saying: “The Tacoma name brings along with it a history of reliability and capable performance, and it is also suitable as a daily driver.” It added that the Tacoma “has remained the same for almost a decade, so buyers shouldn’t worry about getting a used model.” If boxy and urban are more your style, check out the Soul. Kiplinger singled out the 2011 version, while Edmunds listed the 2010 through 2013 model years and Motor Trend named it a top new back-to-school car in 2014. Reviewers called out its amenities, space, smooth ride and, of course, funky appearance. If saving on gas is a priority, consider a hybrid. Edmunds recommended the Prius for the 2006 through 2009 model years, while Motor Trend named the smaller Prius C on its 2014 new car list, praising its lower price and 50 mpg fuel rating. The Insurance Institute for Highway Safety deemed the Prius a “Best Choice,” but starting only with the 2012 model year. Edmunds recommended the 2002 through 2006 versions, while Motor Trend put the CR-V on its 2014 new car list and U.S. News named it in 2015. It won praise for its roominess, safety ratings, standard features and optional accessories. The Insurance Institute for Highway Safety named the CR-V a “Best Choice” starting with the 2012 model year.

The takeaway is that college students have good options for many needs and in many price ranges. But remember, the insurance company that provides the lowest quote for one car may not be the cheapest option for another. So once you’ve chosen a ride be sure to shop around for car insurance quotes.

NerdWallet’s car insurance comparison tool can help with that.