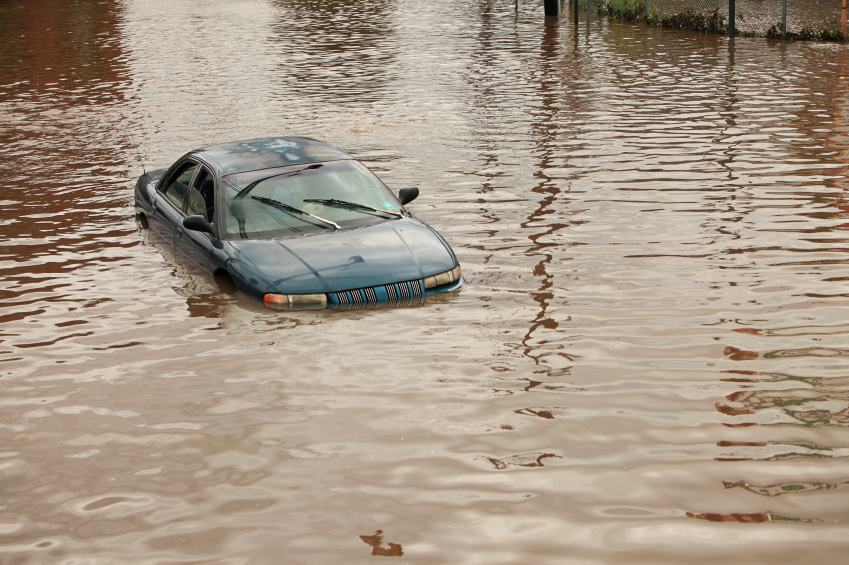 Deadly flooding in Texas last month may have caused more than $500 million in damage to property, including up to 10,000 insured vehicles, according to new estimates. That could result in thousands of car insurance payouts, but only for drivers who carried comprehensive car insurance coverage.

Floods cause major damage to vehicles

May 2015 was the wettest month on record in most of southeast Texas, with more than 20 inches of rainfall in some areas, according to the National Weather Service.

The flooding killed at least 23 people, CNN reported. Damage could range from $200 million to $550 million, according to a report from the research arm of Spanish banking group BBVA.

The estimate of the number of vehicles damaged comes from Copart, a company that handles vehicles damaged in catastrophes on behalf of insurers, via the National Insurance Crime Bureau. About 2,500 cars, trucks, motorcycles, RVs and other vehicles have already been towed to Copart’s 200-acre Houston location.

Flooded cars are prone to rust, mold, damage to electrical and mechanical systems, and other major problems.

Auto insurance policies with comprehensive coverage pay for flood damage repairs, minus any deductible. Owners of totaled vehicles receive their car’s pre-flooding value, also subject to a deductible. If an owner chooses to keep a totaled car, the insurer will deduct its salvage value, or how much its parts are worth, from the payout.

Parts companies will buy most of the vehicles and dismantle them for usable parts, but some could end up on the used-car market, the bureau warned: “Unfortunately, some of the flooded vehicles may be purchased at bargain prices, cleaned up, and then taken out of state, where the [vehicle identification number] is switched and the car is retitled with no indication it has been damaged.”

Switching vehicle identification numbers and getting new, clean titles is illegal, and dealers who do it are defrauding unsuspecting buyers.

Flood-damaged vehicles can legally be resold, with disclosure. According to the National Insurance Crime Bureau, the damage should be noted on the title and marked in vehicle identification numbers search results on the bureau’s VINCheck system and the federal National Motor Vehicle Title Information System.

Used car buyers should be particularly careful in the weeks and months after a major disaster, such as the flooding in Texas and Oklahoma, the bureau said. Check for:

Finally, buyers should always have a reputable mechanic check out a used car before buying it.