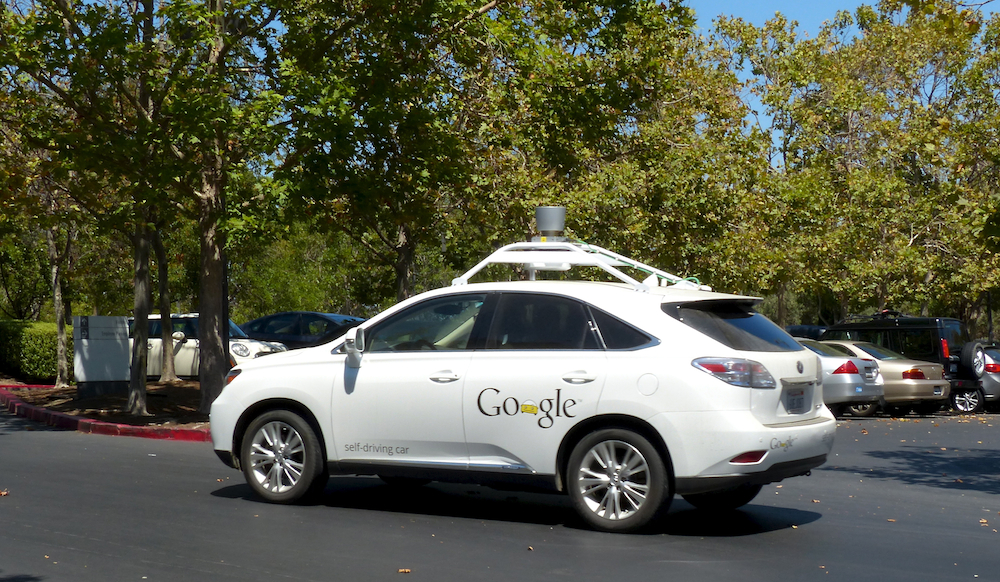 Driverless cars aren’t just for sci-fi fanatics anymore. In fact, elements of the technology—such as park assist and collision avoidance systems—are already commonplace on many cars. However, full-fledged autonomous vehicles pose a number of challenges to the status quo, from state laws to insurance coverage. What possibilities can driverless cars offer? How close are they to becoming a reality? And what will have to change before they do?

Google’s self-driven vehicle software, Google Chauffer, is among the most publicized. The company’s redesigned Prius has logged more than 500,000 autonomous miles without a single accident. Traditional carmakers are also getting in on the action. Nissan and Toyota are pursuing the technology, and Ford and General Motors have partnered with teams of faculty and students at the University of Michigan and Carnegie Mellon University to advance research. Carnegie Mellon’s autonomous Cadillac SRX has made a 33-mile trip. Michigan’s Transportation Research Institute is experimenting with networked autonomous vehicles, hoping to create a fleet for public use.

From a safety perspective, self-driving cars offer obvious advantages. “Self-driving cars, unlike human drivers, will not be distracted, and will always be cognizant of hazardous road conditions,” notes Dr. Raj Rajkumar, professor at Carnegie Mellon University and co-director of the General Motors-Carnegie Mellon Autonomous Driving Collaborative Research Lab. Dr. Larry Burns, professor of engineering practice at the University of Michigan and former vice president of research and development at GM, adds, “Self-driving cars can see 360 degrees around the car at all times. It’s like having eyes in the back of your head.” Burns said studies show that driverless cars could cut the rate of death, injuries and property damage from auto accidents by more than 90%—saving 30,000 lives per year in the U.S.

Despite their tremendous potential, autonomous vehicles exist in a legal gray area. Bryant Walker Smith, fellow at Stanford’s Center for Automotive Research, points out that driverless vehicles aren’t necessarily illegal. In many cases, they’re already being tested on the open road. Instead, “legislation tries to provide clarity, but also set some conditions. It provides restrictions on testing and more general operation by consumers.” Currently, Nevada, California, Michigan, Florida and Washington, D.C., have created laws to regulate driverless vehicles. Nevada’s laws, for example, place the state’s DMV in charge of safety and performance standards for driverless cars, as well as designating testing facilities. They also expressly allow autonomous vehicles on the state’s highways.

Automation poses greater questions for the insurance industry. Because premiums are tied to the likelihood and cost of damage to a given vehicle, some analysts suggest that driverless technology will eventually cause premiums—and insurance company profits—to plummet. Others doubt the outlook is so dire. The expensive equipment and software on driverless vehicles may inflate premiums and increase demand for comprehensive policies. And, according to Carol Csanda, innovation team director with State Farm, the insurer is participating in self-driving car research “to identify any new risks that are likely to emerge.” Autonomous vehicles may require new insurance products, such as protection from hackers.

The changing face of liability could also present insurance opportunities. If software defects, rather than human error, become the cause of accidents, Smith predicts “automotive companies will likely be liable for a much larger share of a much smaller number of injuries.” And if automakers are worried about lawsuits, Smith suggests insurance companies might one day introduce new products to protect against this possibility.

Instead of adopting a wait-and-see approach, some insurers are actively participating in self-driving vehicle research. State Farm, for one, has collaborated with Ford and the University of Michigan on their project. Csanda explains, “We’re focused on the big picture—how can we adapt to these changes and continue to deliver value to our customers. Participation in this research allows State Farm to evaluate the effectiveness of this technology, to adapt our current business to it and to identify new business opportunities that may arise.”

It’s too early to say how driverless vehicles will ultimately change laws and insurance policies, but one thing is certain—governments and insurers will have to adapt. Eventually. But however quickly driverless technology is advancing, it’s still years away from wide adoption. According to Smith, “technology, not law, will determine when automated vehicles are ready for our roads.”