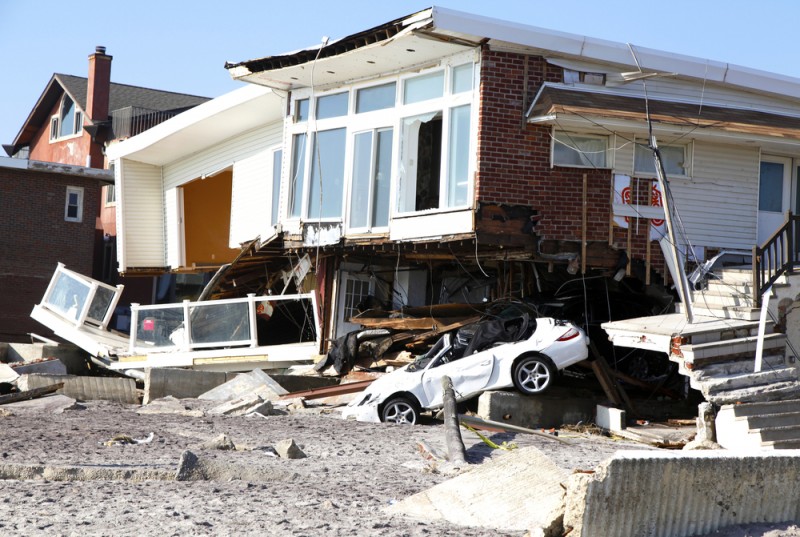 If climate change continues on its current trend, by the end of the century natural disasters such as Hurricane Katrina and the more recent Hurricane Sandy may become more common. A study by Climate Central suggests 147 million to 216 million people worldwide live in areas that will be below sea level or at chronic flood levels by the end of the 21st century, including more than 3 million Americans.

Devastating weather events are occurring more often as the effects of climate change become more apparent. There are additional steps homeowners can take to protect their homes.

Insurance companies utilize catastrophe-modeling firms, whose programs measure the potential damage caused by floods and other disasters over many geographic regions. Though the insurance industry has used these firms for years, climate change has prompted insurers to seek more detailed models than ever in order to price primary policies.

Identifying higher-risk areas is nothing new in the insurance industry, says Anthony Cappelletti, general insurance staff fellow at the Society of Actuaries. However, due to a lack of historical data and increased instances of erratic extreme weather, determining risk is becoming much more challenging.

“Typically an insurer would take its history … from five to 10 years and look at trends in that data to price forward,” says Cappelletti. Insurers would not have adequate historical information about more significant weather events to determine policy premiums; thus, Cappelletti says, “the premiums would be next to nothing or incredibly high.”

“[Insurance companies] know that just looking at historical data and even trends aren’t enough. They need the complex modeling that these cat-modeling companies are utilizing, requiring the work of climatologists and others to get, what we hope, are improved numbers,” said Cappelletti.

Homeowners in landlocked states are seeing flood damage, some for the first time. Widespread flooding in Colorado due to heavy rains in 2013 caused losses of more than $2 billion, according to the catastrophe-modeling firm Eqecat.

Since the majority of impacted areas weren’t flood-prone, most homeowners didn’t carry flood insurance, and flood damage isn’t covered by standard homeowners policies. These areas are becoming flood-prone as droughts—another effect of climate change—are spreading, according to the Intergovernmental Panel on Climate Change.

The average federal flood insurance policy costs around $650 per year, according to the NFIP. Homeowners in moderate- to low-risk areas can get policy premiums as low as $129 annually. For homeowners in high-risk areas, premium calculations are based on the year the home was built, building occupancy, number of floors, its flood zone and other factors. The general rule is that the higher homes are above the flood line, the less expensive premiums will be.

Yu-Luen Ma, professor of risk management and insurance at Illinois State University’s Katie School of Insurance and Financial Services, says, “The insurance industry relies on historical data to predict future claims. If it is proven that weather risk will result in higher claims for the insurers in the future, premium rates for applicable coverage will be expected to increase.”

What can homeowners do?

The insurance industry doesn’t have a set standard for adapting policies to meet the increased risks presented by climate change. Cappelletti says companies may be applying a higher deductible for weather-related losses or shifting some coverage out of base policies and putting them into an endorsement with a separate premium. “They also may require certain properties to take steps to mitigate losses that may incur,” he adds.

One of the best things prospective homeowners can do to mitigate risk is to avoid purchasing coastal property in flood zones altogether, or find homes that have been renovated to withstand storm winds.

Above all, homeowners need to get home insurance quotes and know exactly what coverage that quote is for. Says Ma, “People who own coastal properties may need to pay close attention to the contract terms of their homeowners insurance policy, in particular the exclusion section, in order to determine the type of water coverage their policies provide and the extent of such coverage, if any.”