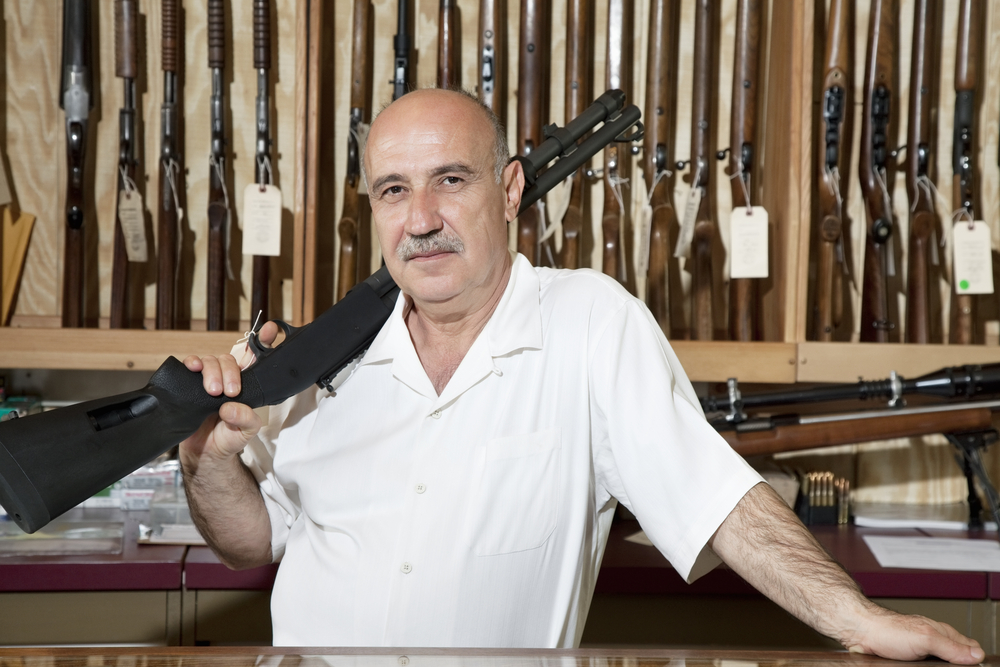 It’s impossible to place a value on the lives lost each year to gun violence.

However, researchers have pinpointed its financial costs. Between medical expenses, funeral costs, lost productivity and law enforcement expenses, among others, gun violence cost Americans $174 billion in 2010.

Who paid the $174 billion? Taxpayers, in large part, who foot the bill for programs like Medicaid that cover the uninsured. In an effort to shift some of these costs back to gun owners, some states – including Illinois and California – have recently considered statutes requiring gun owners to carry liability coverage for their weapons.Gun owner advocacy groups like the National Rifle Association have criticized these measures as unfair, and some experts suggest that they would also be ineffective.

They may be. Homeowners insurance policies include a liability portion, which protects policyholders who may be held responsible for anything from a slip-and-fall to an accidental gun discharge, whether or not it occurs on their property.

“Most homeowners have liability coverage through a homeowners policy unless they own their home free and clear. It’s required as a condition of loans,” said Rick Swedloff, associate professor at the Rutgers University Camden School of Law.

Of course, homeowners liability doesn’t cover all gun-related damages. Not all gun owners have a homeowners policy, and if they do, its liability limits may not be adequate. An umbrella insurance policy – which provides liability protection above standard homeowners policy limits – or gun liability policy may be a better option, though at an additional cost.

And while homeowners policies and umbrella policies don’t usually have gun exclusions, “there are exclusions for damages resulting from intentional acts of the insured,” said E.G. Miller, executive director of the Risk and Insurance Studies Center at Virginia Commonwealth University. “You’d be covered if you were hunting with your friends and your gun discharged accidentally, but not if you went into the 7-Eleven and injured the clerk in a robbery.”

Would a law requiring gun-owner liability be fair?

Many opponents of mandated gun liability cite issues of fairness, and some experts agree.

“Requiring gun owners to incur this cost would certainly be an impingement on their Second Amendment rights,” said Blaine LeCesne, a law professor at Loyola University in New Orleans.

“Any time you put additional costs on an activity, it will discourage people from doing that,” Miller said.

Others see a difference between regulating and prohibiting guns. “I don’t think that your constitutional right is invalidated by making it more expensive to exercise that right,” Swedloff said.

Andrew Meyer, associate professor of history at Brooklyn College, agrees, and he points to auto insurance as a precedent. Cars kill more people each year than guns, according to the Centers for Disease Control and Prevention. Because cars are dangerous, most states ask drivers to assume some of the costs of this danger.

Would gun-owner liability requirements be effective?

That depends on whom you ask.

“If you immunized yourself from potential liability, you’d have more gun ownership. You’d have a relaxed view of the safety of the gun ownership if you’re covered,” LeCesne said.

On the other hand, insurance can encourage people to take fewer risks. “To keep your liability to the lowest levels, you want to make sure your weapon is secure,” Meyer said. Discounts for safety measures could incentivize more conscientious gun ownership, decreasing the misuse of guns and increasing intervention when it occurs.

Requiring liability for gun owners also raises two practical matters: If gun liabilitywere required, would people follow the law? And if so, would it make gun owners responsible for the injuries caused by their weapons?

“People tend to focus on the young man who goes into schools and starts shooting. As horrific as that is, that number is dwarfed by the number of people killed in major cities all over the country. The people committing these crimes don’t own a house. They aren’t likely to buy insurance.”

Insurance exclusions also come into play. “Almost every liability insurance policy doesn’t insure for intentional violence,” Swedloff said. To determine how effective mandated gun liability would be, he adds, “you’d need to compare the number of incidents that happen accidentally to those that happen intentionally.”

Accidental gun discharges killed 591 Americans in 2011, the most recent year for which CDC statistics are available. This represents 1.8% of the 32,351 total gun deaths in America that year.

The high-profile shootings like those in Aurora, Colorado, and Newtown, Connecticut, in 2012, which often spur gun liability discussions, also may be examples against their large-scale effectiveness.

“If you think of the sensational events we see on the news, the perpetrator may have had liability coverage in all of these instances, but they were intentional acts, so I don’t see how a requirement for gun owners to have insurance would help,” Miller said.

Should gun owners be required to have liability insurance?

There’s no question that liability for gun owners would not protect gun owners or victims in the vast majority of cases.

“When we focus on gun regulation by insurance, I think we’re often overstating small problems, understating bigger problems and overstating what insurance could do in either scenario,” Swedloff said.

Like other reform efforts, gun liability laws have faced an uphill battle. No state requires gun owners to carry liability. Unfortunately, it may be just a matter of time before a new tragedy reignites the debate over America’s gun laws – with or without the question of liability.