You may have noticed your car insurance rates go up at your last renewal, even if you’ve had no new accidents or tickets.

If your rates haven’t gone up yet, brace yourself: Car insurance companies have been losing money recently, and many will have to raise premiums to remain profitable.

Car insurance rates typically go up about 3% or 4% every year, according to the Consumer Price Index. But in December 2016, they were up 7% from the previous December. Because the industry is expected to lose even more money this year due to more claims — and more expensive claims — we can expect insurers to kick up their rates even more. Here are some causes behind the bigger bills. 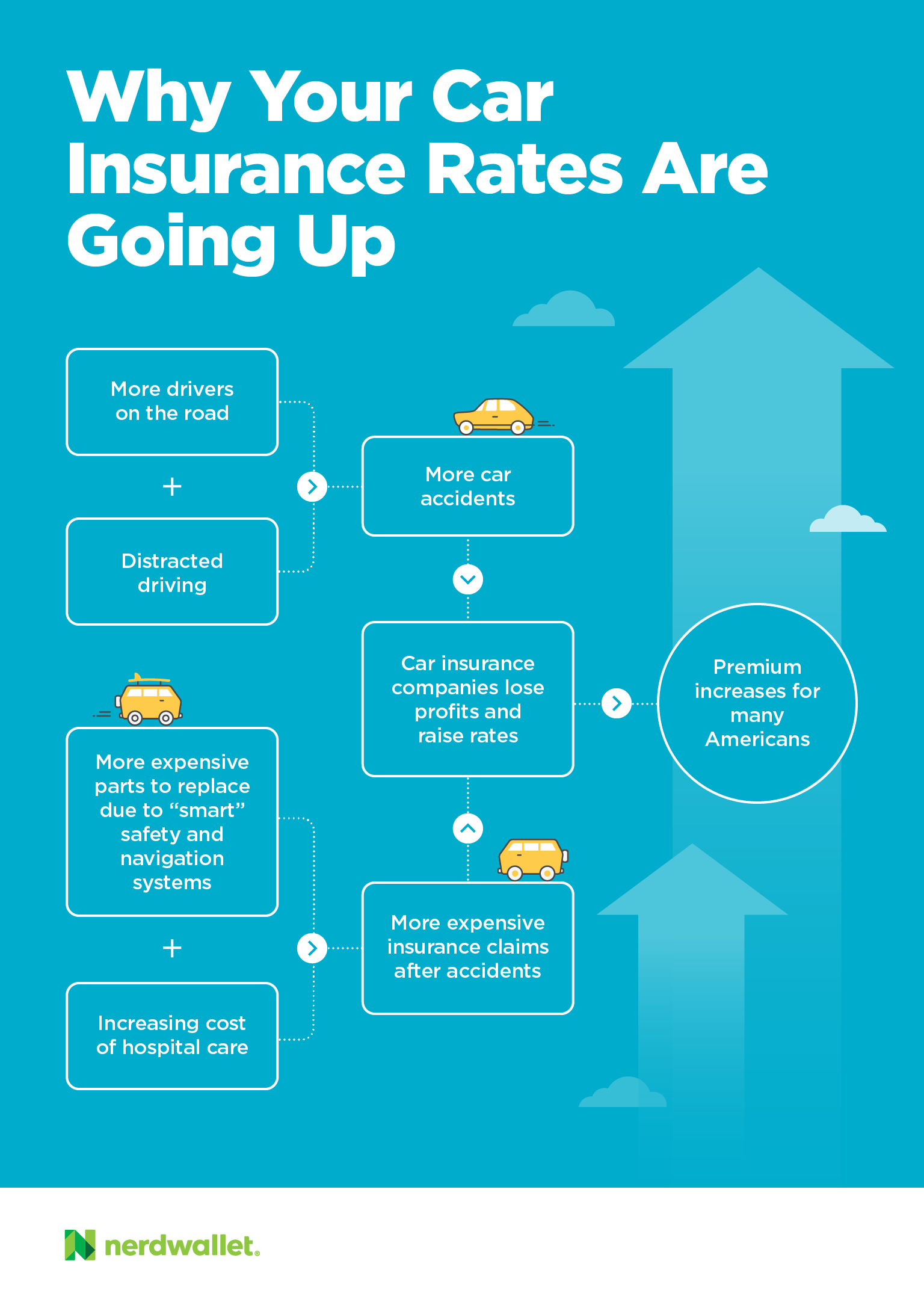 Problem No. 1:  More people have jobs

Problem No. 2: Fewer people looking at the road

Most of us have been distracted by a cell phone behind the wheel. A recent NerdWallet study found that 67% of Americans surveyed who had driven in the past 12 months had used a cell phone while driving during that time.

Cell phones aren’t the only distraction on the road. The problem “is a combination of so many things,” Ruiz says. People are still distracted by the same things they always were behind the wheel — grooming, eating, children in the back seat and so on.

Distraction played a role in 14% of all police-reported motor vehicle traffic crashes in 2015,  according to the Transportation Department.

Problem No. 3: Claims are getting more expensive

State Farm, the largest auto insurer in the U.S., has seen a continual rise in claims costs due to more expensive vehicle repairs and rising medical costs in recent years, says Sevag Sarkissian, a State Farm spokesman. Many insurers are seeing the same trend.

The consequences: The number of crashes rose 3.8% from 2014 to 2015, the most recent year for which data are available, according to the Transportation Department. During that same time, insurers paid out $7.5 billion more in claims and expenses than they made from premiums, according to the insurance institute. And auto insurance rates were up 7.7% between June 2016 and June 2017, according to a Consumer Price Index that measured all urban consumers.

In 2017, the private passenger auto insurance industry is projected to lose $154 billion, a new record, reflecting an increase in the number and cost of claims, according to a recent report by S&P Global Market Intelligence, an industry research company.

How to keep your rates down

Lacie Glover is an insurance editor and writer and NerdWallet's authority on auto insurance. Her work has been featured by USA Today, U.S. News & World Report and The Associated Press. Read more