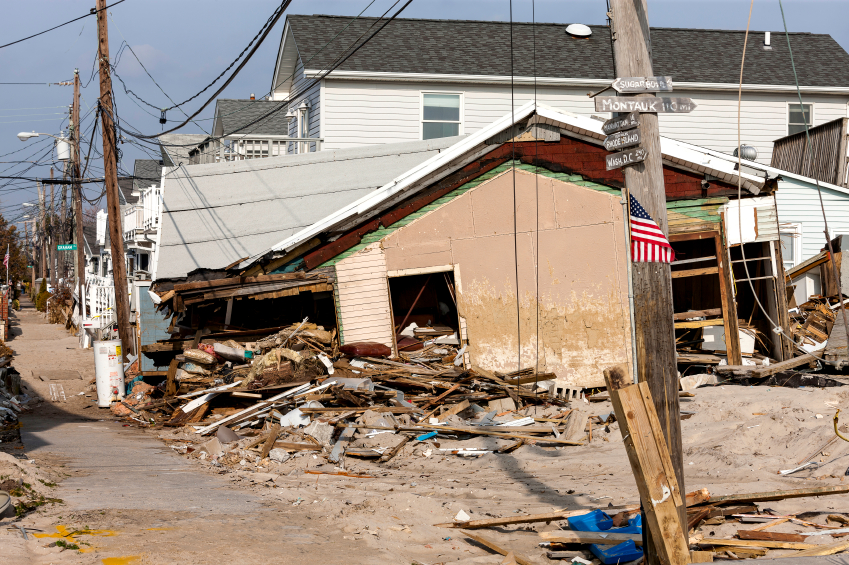 Shopping for a new home? You probably have a few questions about the properties you consider: How many bedrooms are there? What about bathrooms? How are the schools? And perhaps you should add one more: How will the house stand up to climate change?

Although the causes may be subject to debate, there is wide scientific consensus that the Earth’s climate is changing, contributing to a cycle of highly destructive storms that threaten a growing number of homes — and not just on the coasts. Insurers are taking notice.

“We’re all, to some extent, at risk,” says Steven Leibo, professor of modern international history and politics at the Sage Colleges in Albany, New York. “There are places that are less obviously at risk, but we’re still living in a globalized economy.”

Home insurance companies are well aware of the impact of climate change. In response, they’re experimenting with new disaster-modeling methods to better predict losses and contributing to projects around the world to help them cope with change.

“Storms are getting more intense, they’re occurring more frequently and the duration is increasing,” says Chad McGuire, professor of environmental policy at the University of Massachusetts-Dartmouth.

That means more losses for homeowners and more insurance claims for their insurers from intensified hurricanes, floods or wildfires, all of which have been linked to climate change, McGuire says.

“Insurance is built on the idea that everything can be predicted. This is how they figure out what a premium should be. And the odds have to be on the side of the insurance company,” Leibo says. “They have to take in more from people who don’t have a problem than [from] people that do.”

One reaction of insurance companies has been to withdraw from markets as losses outpace predictive models, Leibo says. That is what happened in Florida after Hurricane Andrew, which caused an estimated $25 billion in losses when it swept through the Gulf states in 1992, according to the National Hurricane Center. Some insurers subsequently returned to the market.

Pulling out isn’t the only response to losses that can be traced to climate change. Insurance companies can raise rates to make up for the expected impact, or even drop customers who experience multiple losses.

Some insurers exclude certain losses. For example, insurers in some hail-prone areas will not cover auto or home damage that is deemed purely cosmetic. “It helps insurers’ bottom lines, but it just means homeowners will have to take care of it,” says Peter Kochenburger, executive director of the University of Connecticut’s Insurance Law Center.

As insurers re-evaluate, homeowners should take steps to prepare for natural disasters.

It starts with buying the right home. “If people began to value a better-constructed home, and looked at that as much as they looked at the finishes inside, it could make a big difference in terms of how homes would survive these events,” says Timothy Reinhold, senior vice president of research at the Insurance Institute for Business & Home Safety.

If you already own a home, there may be inexpensive ways to mitigate risk. For example, placing valuables and utilities in the attic can earn you a discount on private flood insurance and eventually may help with federal insurance as well, says Matthew Hassett of the Center for NYC Neighborhoods, which advocates for affordable housing.

Reinhold recommends elevating electrical outlets and power connections and considering roof improvements to protect against damage from wildfire, hail and high winds. Impact-rated or fire-resistant roofs make a big difference, he says. Homeowners in fire-prone areas should keep vegetation away from the house.

Insurance pressures could change where we live

Even if homeowners can protect their properties from some damage, they still might face challenges getting adequate insurance, and that could change homeownership patterns, Leibo says.

“The fundamental thing is whether people are even going to be able get a mortgage, because mortgages require insurance,” Leibo says.

So far those impacts seem largely speculative. Sales of existing homes in California, for example, show no evidence of a dip despite the potential impact of wildfires in the drought-prone state, according to the California Association of Realtors.

Some premium increases are a positive development, Kochenburger believes. “As insurers price risk, it creates incentives for us to build correctly, to take advantage of lower premiums,” he notes.

New York City suffered extensive damage from Superstorm Sandy in 2012, and low- and moderate-income homeowners in far-flung neighborhoods were hit hard. Many faced not only expensive repairs but also steep increases in federal flood insurance premiums due to congressionally mandated changes to the National Flood Insurance Program, Hassett says.

Hassett believes that increased premiums could send more homeowners, some already affected by the mortgage crisis, into foreclosure.

The federal government has slowed some premium increases, but New York City homeowners are still hurting, Hassett says. Improvements that can earn insurance discounts, such as raising homes above ground level, are economically out of reach for many. “There aren’t a lot of elevated properties in New York City right now,” he says. “[Elevation is] very expensive. We’re hearing a minimum of $80,000 to $100,000, and that’s for a simple case.”

Ultimately the cycle of destructive storms raises a public policy question, since federally subsidized flood insurance has opened homeownership to those who might not otherwise afford it, Kochenburger says.

“The federal government can decide that the nation is going to bear the added cost of flood insurance,” he adds.

Some experts say government entities shoulder much of the responsibility for confronting climate change.

Joseph MacDougald, executive director of the University of Connecticut’s Center for Energy & Environmental Law, points out that insurance companies generally must get rates approved by state regulators, who often block major increases. And when raises do occur? “Homeowners, not surprisingly, complain,” he says. “It’s real money.”

The Center for NYC Neighborhoods argues that government policies were largely responsible for the homeownership patterns that sent poorer residents to the city’s low-lying areas. Racist housing regulations and other urban planning initiatives of the early and mid-20th century resulted in the demographic distribution that existed at the time of Sandy, the center notes in its 2014 report “Rising Tides, Rising Costs.” And federally subsidized flood insurance helped make these neighborhoods desirable.

Congress’ 2012 action to boost flood insurance premiums “would, in relatively short time, completely undo [subsidized flood insurance], and pass all that cost on to the people that had opted to live in those places,” Hassett says. He supports a means-tested subsidy for flood insurance.

“‘We will rebuild’ is the first thing you hear,” he says. “What they’re telling the public is that the way to make things right is to put things back the way they used to be.”

This is a popular message for voters, but in McGuire’s opinion, it’s shortsighted. “It’s not a wise way to approach these problems, because it convinces the government to invest in dangerous areas, and it enables individuals to discount the risk,” he contends.

“It’s better to begin putting money into [disaster preparedness] before the disaster strikes, because should that happen, and businesses go under, and residents leave because they don’t want to rebuild, the tax base is going to be that much lower,” he explains.

However insurers, individuals and governments respond to climate change, the changes themselves are inevitable.

“We never get away from our climate. We’ve built our society around climate,” Leibo says.

Alice Holbrook is a staff writer covering insurance and investing for NerdWallet.