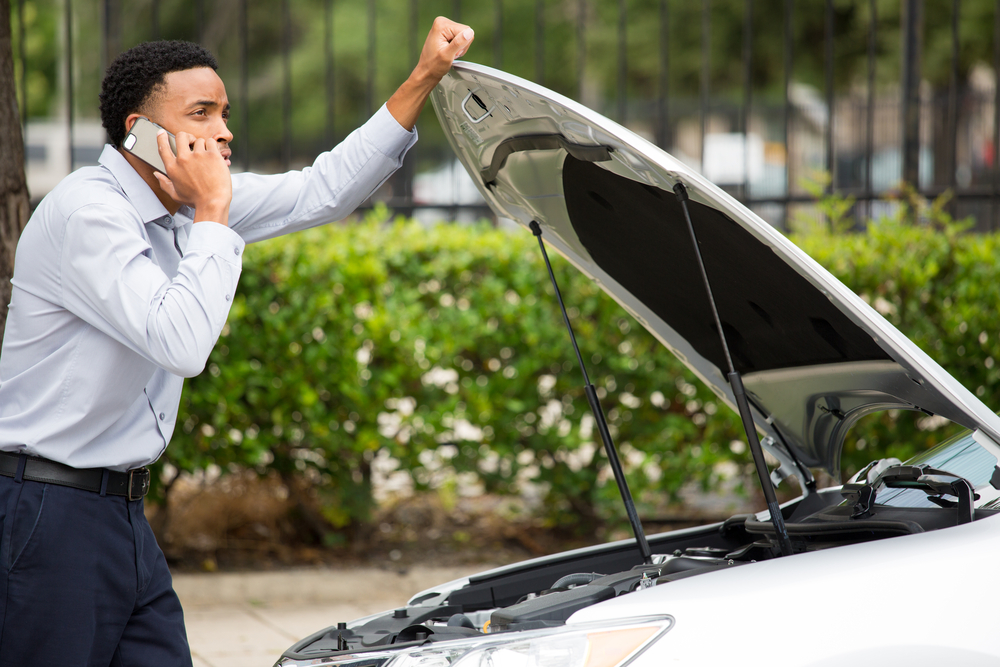 Michigan drivers on average pay $983.60 a year for car insurance. If that seems like a lot, consider that figure includes rates in Detroit, which are $10,723.22 on average. Some argue that many residents’ incomes and skin colors may have something to do with the sky-high rates. They say Michigan’s insurance companies are engaging in a discriminatory practice and creating what’s called redline car insurance.

Detroit isn’t alone. A recent study by the Consumer Federation of America found that drivers living in low-income ZIP codes pay more for car insurance than other, more affluent — and often whiter — drivers. But is redlining truly to blame for higher urban premiums, or does higher risk drive the prices?

Insurance companies deny that redlining still exists, but critics claim that it drives up prices and lowers access to both property and auto insurance in neighborhoods that most need protection.

Researchers use the term “redlining” to refer to a few different practices.

“The clearest way of thinking about it is the refusal to provide insurance or varying the terms or conditions under which insurance is available that is unrelated to the risk of the applicant, a process that is more likely to play out in neighborhoods with large concentrations of people of color,” said Gregory Squires, chairman of the sociology department at George Washington University.

When researchers discuss redlining, they’re usually talking about the refusal to write policies.

In the 1960s, according to Squires, “risky” (i.e., predominantly minority) ZIP codes were often outlined in red on insurers’ maps, indicating zones where agents were not to write policies.

Companies have also long adopted what Squires calls “arbitrary underwriting guidelines,” which persisted after most maps disappeared. “Some companies wouldn’t write policies on homes more than 50 years old, or worth less than $100,000. These targeted minorities who were more likely to live in older, lower-value homes.”

Other researchers have explored the idea that insurers price policies in minority neighborhoods out of proportion to risk, making it difficult for residents to find cheap insurance. Some also call this redlining, or reverse redlining. Some Detroit residents and politicians accuse insurers of redlining in their city, where a two-block move into Detroit‘s city limits can result in thousands of dollars in extra car insurance costs.

Insurers say redlining is a thing of the past. Lawsuits have called attention to most discriminatory underwriting guidelines, and companies cannot consider race or ethnicity when pricing policies. If homeowners or drivers in urban areas can’t get insurance – or if it’s prohibitively expensive – insurers suggest that the pricing reflects the risks the insured or their neighborhood poses.

Martin Grace, a risk management professor at Georgia State University, thinks discriminatory practices have become very difficult for insurers to sustain. “If you refinance, you’re almost always in a market for a new insurance policy. And homeowners insurance is really competitive. But if someone bought their house 50 years ago, with a policy with very high rates embedded in it, they may still have that company.”

He adds, “I believe it’s possible that companies could discriminate, but if they were to and it was discovered, it would be such a black eye.”

However, professors Paul Ong and Michael Stoll at the University of California at Los Angeles have found evidence that insurance companies price policies differently in low-income minority neighborhoods. In their paper “Redlining or Risk?” the pair found that higher risk factors – including crime and claim rates – did drive higher premiums in Los Angeles’ minority-dominated ZIP codes, but they didn’t explain all of the price differences between these and majority white neighborhoods.

Ong and Stoll found that drivers in low-income, black neighborhoods paid an average of $154 more in insurance than their higher-income or white counterparts. Only 11% of the gap was attributable to risk.

“After we released our initial result, the insurance industry wanted us to revisit the research with ‘better’ data that they would provide,” Ong said. “After negotiation and delays, they decided not to cooperate.”

Even if insurers can’t use race to write or price policies, and even if risk and prices are in line, Squires argues that insurers can still discriminate. “You still it see by where agents open up their offices. Many insurance companies also use credit information as an underwriting tool, which is problematic because it doesn’t say anything about a person’s insurance risk. And the use of these reports adversely affects racial and ethnic minorities, who tend to have lower credit ratings in general.”

“Redlining for ethnic, gender or religious reasons is inappropriate,” said Ron Garcia, former senior deputy director of Fannie Mae. But, in his opinion, businesses and individuals often redline in other ways. “Capital markets redline everywhere. Starbucks only opens up where they can get a return on their investment, based on the community. You decide where you want to shop based on where you feel comfortable.”

No one is required to drive or to own a home. But the ability to drive does increase employment opportunities, and, as Squires points out, “The unavailability of homeowners insurance” – a condition for home loans – “makes home ownership unavailable.”

“Neighborhoods that are victimized by redlining are also victimized by predatory lending, food deserts and poorer schools. Insurance unavailability is just another ill,” Squires said.

What can consumers do about expensive insurance premiums?

Whether or not it’s the result of discrimination, homeowners and drivers in cities typically pay more for their insurance.

Grace suspects this will moderate as premiums become more granular. “Now insurers and Realtors have access to better information about specific homes. In the old days, they’d just assume that any house in an older neighborhood was a fire risk.”

In the meantime, you can always comparison shop. In addition, Garcia advises consumers to look for government programs that may make insurance more available or affordable. California’s low-income auto insurance program is a good place for some drivers to start.

If consumers do have evidence of discrimination, they can also file a complaint with their state insurance commissioner, the Department of Housing and Urban Development (HUD) or the Justice Department. Squires also suggested contacting the National Fair Housing Alliance. “That might be your most effective recourse,” he said.

Squires emphasizes that governments also have a part to play. “Congress could enact an insurance disclosure law similar to the Home Mortgage Disclosure Act, which would require companies to report the census tracts they insure.”

“The burden shouldn’t be on the victims of this process,” he added.

Driver and car photo via Shutterstock.