Investors sank more than $1 billion into auto tech companies in 2016 alone. With that kind of funding, the question isn’t whether self-driving cars will change everything about how we get around, but how soon.

Experts also predict a shake-up in the auto insurance industry, with self-driving cars leading to fewer accidents. Does this mean you can stop paying for car insurance as soon as your autopilot-enabled Tesla rolls off the line? Not quite.

Here’s a look at where autonomous vehicles are now, where they’re going, and how being a backseat driver in your own car might affect your need for auto insurance.

We’re still in the early levels of autonomous vehicle development, but a recent white paper by research advisory firm KPMG concluded that driverless cars will arrive sooner than previously predicted.

Many newer vehicles already have automatic features that help prevent accidents (Level 1 in the table above). These include lane-departure warnings, adaptive cruise control and collision-avoidance braking.

According to a 2016 report published by the Insurance Institute for Highway Safety, “vehicles equipped with front crash prevention are much less likely to rear-end other vehicles.” The IIHS found that automatic braking systems reduced rear-end crashes by about 40% on average, while forward collision warning systems cut them by 23%.

Insurance prediction: Because accident-prevention features appear to reduce the likelihood of claims, a small number of insurers already provide discounts for drivers whose cars have them. If these technologies prove to reduce claims, more companies will follow suit.

» MORE: 5 safety features that can save you money on car insurance

In 2015, KPMG predicted that the transition from human-driven cars to self-driving cars would be incremental, becoming the “new normal” by the year 2040. Just two years later, “leap-frogging” tech developments compelled them to shave five years off this prediction.

During this period, fully autonomous vehicles — not just prototypes in testing — will become available to the general public. Industry Analyst IHS Automotive expects them to cost about $3,000 more than traditional vehicles in 2035, down from $10,000 more in 2025, when the vehicles are less common.

Ownership won’t be the only way to test a self-driving car. Ridesharing companies such as Uber and Lyft will use more of them to pick up customers. These experiences will likely help the average consumer become more comfortable with autonomous technology, and might motivate people to buy self-driving cars as they decrease in price.

A growing number of the human-driven vehicles made during this time will come with semi-automated capabilities that control acceleration, braking and even steering (Levels 2 and 3).

Insurance prediction: Car insurance premiums will decline steeply during this time, according to Donald Light, a research director for technology consultant Celent. Fewer accidents among self-driving cars, combined with vehicle-to-vehicle communications and collision avoidance systems, will reduce premiums by “over 50%,” he predicts.

Ridesharing companies might operate entire fleets of driverless cars (Level 4) by this time.

If a car crashes while in manual mode, drivers will still rely on personal auto insurance.

Accidents caused by a car that’s driving itself will likely become the responsibility of the technology company or car manufacturer, and claims will be made through the company’s product liability insurance. These policies pay for damage or injuries caused by a commercial product.

Find it hard to believe that manufacturers will pick up the tab? Some self-driving car makers already do. In 2015, Google, Mercedes-Benz and Volvo agreed to accept liability for accidents that occur when one of their vehicles is in autonomous mode.

Insurance prediction: With so many self-driving cars on the road, the number of crashes per vehicle will reach historic lows. People will start reducing their liability insurance — or ditching it altogether if states reconsider legal requirements for autonomous vehicles.

Self-driving cars: 2050s and beyond

By 2050, fully self-driving cars (Level 4) will be the norm, resulting in 90% fewer accidents per vehicle, KPMG predicts. At this point, according to the firm’s research, losses — meaning claims paid — by personal auto insurance will likely make up only 22% of the total auto insurance industry, including commercial auto and product liability insurance. That’s compared to 86% today.

Comprehensive insurance will likely live on to cover car theft and damage caused by hail, floods and other problems.

Insurance prediction: Between on-demand transportation provided by ridesharing fleets and the wide-scale adoption of self-driving cars, most personal liability and collision coverage will be a thing of the past.

Self-driving cars will give automakers a wealth of highly personal, real-time data about when, where, how safely and by whom they’re operated. Today, most insurance companies can only guess this information using static data, such as your driving record.

» MORE: How to get a copy of your driving record, and why you should

Some insurers have “usage-based” policies made possible by devices that record driving data — such as rapid acceleration and airbag deployment — but the information available to self-driving automakers will be real time and more exhaustive.

According to KPMG, autonomous cars will constantly record driving data, as well as activity data — who’s driving and what’s going on in the car, for example — and environmental data, such as road conditions and traffic. This information would be priceless to insurers, especially when it comes to disputing liability claims and deciding what to charge for policies. But will they have access to it?

KPMG predicts that if car makers choose to keep this data private, they’ll be in a good position to become insurers themselves.

Armed with data collected by the vehicle, car makers could charge owners for liability insurance only when they’re actively driving and adjust those rates depending on the situation — for example, whether it’s an adult driving or a teen.

This shift could be convenient for consumers, especially if the price of insurance is wrapped into the monthly car payment.

Insurance prediction: Insurers will start to go out of business as customers reduce their personal auto policies or drop insurance altogether. 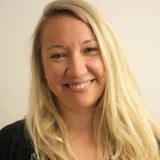 Beth Buczynski is a mortgages editor at NerdWallet. Her work has been featured by The Associated Press and Money magazine, among others. Read more