State Farm, the nation’s largest insurer, is considering a plan that would forever alter the way car insurance is priced by charging customers on a per-trip basis.

The “trip-based insurance” plan, revealed in patent applications made by State Farm, could factor in elements not considered in traditional insurance policies, including the identity of the driver, driving behavior, number of passengers, weather and time of day.

Such a plan, relying on increasingly sophisticated tracking technology, would mark a sea change from traditional car insurance, which typically offers coverage for all drivers in a household for a flat rate based on more general factors such as age and driving record.

State Farm’s patent applications don’t necessarily mean that the insurance giant plans to offer trip-based insurance anytime soon, and today’s cars don’t yet have the necessary technology. But details of the program suggest how the carrier might use technology in the future to impose increasingly specific pricing on customers.

Current “usage-based” insurance programs track only a handful of measurements, such as distance traveled and braking data. “Trip-based” insurance contemplated by State Farm would use massive amounts of data to determine — and price — the risk for each car trip.

Under State Farm’s plan, as described to the U.S. Patent Office, insurance customers would buy “vehicle use units” and potentially pay different amounts for each trip. Much like buying tokens at an arcade, where some games cost more than others, drivers would buy insurance “units” and would have to consider whether a particular trip is worth the insurance cost.

“For example, a trip on a snowy night with three teenage occupants may cost more than a trip of equal length by a middle-aged vehicle operator on a sunny day,” State Farm noted in one patent application.

Here are some factors State Farm says could be considered in the cost of insurance:

State Farm’s patents suggest a few ways customers might pay for insurance on a per-trip basis. One way is to buy a certain number of vehicle use units — say, 500. As the patent application describes it, a run-of-the-mill trip to work might cost 0.65 units, while a late-night trip in the rain with multiple passengers might cost 2.85 units.

Once the units are used up, customers might be able to purchase additional units — which would be essential for drivers who need to go to work after blowing all their insurance units on a weekend road trip.

A State Farm spokesperson said the company doesn’t comment on its patent applications.

Industry experts call new pricing plans like State Farm’s “disruptive innovation,” but many consumers might call it unwelcome. In a nationwide survey of more than 1,000 adults conducted by NerdWallet in May 2015, 37% said they would not consider installing a tracking device, even if it meant saving on auto insurance. Another 27% were unsure whether they would consider using tracking technology.

Among those who said they would be willing to install a tracking device, 32% said it would need to save them at least $400 a year on insurance for them to consider it.

Current usage-based insurance policies perform only a small fraction of the tracking that State Farm is considering, and State Farm’s plan makes no promises of discounts.

State Farm’s current usage-based insurance program, “Drive Safe & Save,” relies on built-in technology such as OnStar or Sync or an aftermarket device to track mileage and driving habits in return for a possible discount.

State Farm’s trip-based insurance would go much further, including identifying the driver, the number of passengers and other personal information such as locations visited.

It’s all part of an effort by insurance companies to mine Big Data for information that can reduce risk for individuals — and for carriers.

“The rise of real time sensors and telemetry enables the possibility of finer-grained risk analysis and pricing,” says Craig Beattie, a senior insurance analyst with Celent, a financial services research and consulting firm. “The value for insurers would be to allow customers to make informed decisions on the amount of risk they want to take in granular decisions and pay accordingly — thus, an insurer could suggest a slightly slower but safer route to a destination, or even suggest travelling at a different time of day to reduce the cost.”

But with consumers already wary of being tracked, Beattie also notes that “insurers are going to have to work hard in the next few years to find the benefits of these services for consumers and sell them, should it prove cost-effective to do so.”

State Farm’s system would rely on multiple sensors inside and outside a customer’s car.

But, you might wonder, how would State Farm and other insurers persuade millions of customers to install multiple sensors on their cars?

They won’t have to. Automakers are going to do it for them.

The dawning of the age of self-driving cars brings with it all the sensors needed to implement trip-based insurance — and whatever other fine-tuned pricing schemes insurance companies dream up. GPS, radar, cameras and other sensors will feed data into a car’s computer, which then makes driving decisions like steering and braking. In the not-so-distant future, the same data could be used by insurers for pricing insurance for every trip and driver.

So in the future when your spouse or teenager announces they’re running to the store — in the rain, at night — you might ask yourself whether you can afford the insurance for the trip. 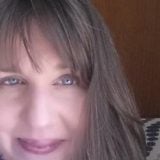 Amy Danise is a former editor and insurance authority at NerdWallet. Read more