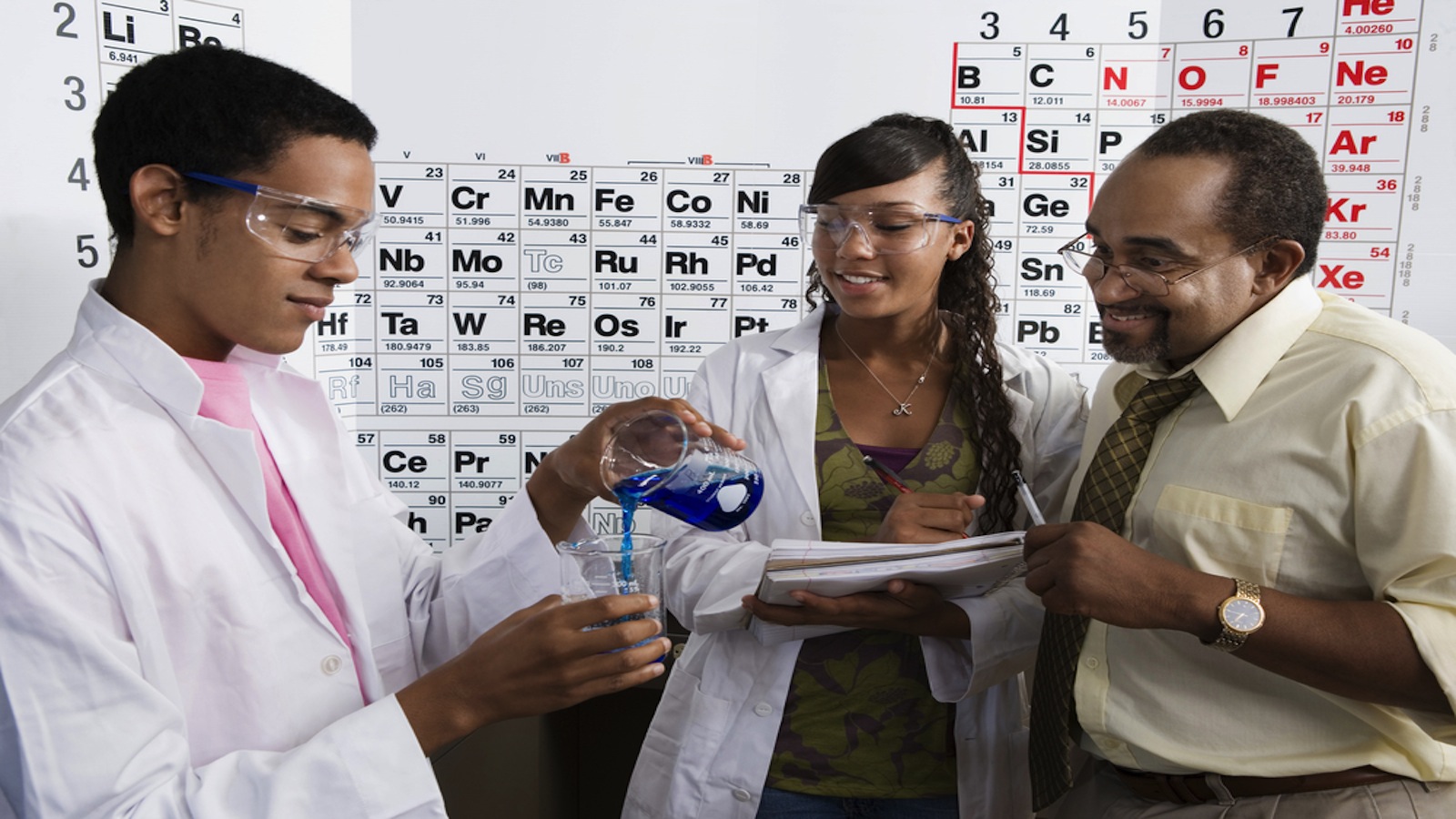 Recently, President Barack Obama announced the 2014 HBCU All-Stars. These 75 winners were chosen from 445 top students currently enrolled at a Historically Black College or University, also known as an HBCU. The All-Star competition is a part of the White House Initiative on HBCUs to highlight student accomplishments in academics, leadership, and civic engagement.

In the wake of this important initiative—and in honor of Black History Month—NerdScholar took a look at what makes HBCUs so unique. As they were originally established to educate African-American students in the face of segregation, it may seem obvious that it’s the demographic of the students who attend the schools that make them stand out. But it’s so much more than that—especially as the profile of the traditional HBCU student continues to change.

We spoke with HBCU professors who told us that not only are these 105 schools bastions of culture, but they are also academic leaders. Here’s what five professors had to say about the experience of teaching at an HBCU:

When I became interested in teaching, I immediately saw myself working at an HBCU. I identify with the mission and history of historically black colleges of providing quality education to black students—not only African Americans but students from around the world. I see myself in my students. I have taught first generation college students (I was one myself), small town students, students living in another state for the first time, as well as students continuing the educational legacy of their families at these institutions. Teaching at an HBCU provides black diversity. People often think of diversity as being racial or ethnic. But at an HBCU, the student body represents the diversity within the race. I have students that are the children of celebrities, black students that grew up in Europe and South America, students from every part of the U.S., Caribbean students, and students that are working their way through college. I am a graduate of an HBCU and wanted to share with HBCU students my career experiences in the field of journalism. I wanted HBCU students to see through me, and through the people of color who I invite to speak to my students, that there are people that look like them throughout the industry—in front of and behind the camera.

My employment at an HBCU is very intentional. (I should add that I graduated from an HBCU and currently have three children attending such institutions.) I believe that HBCUs offer a holistic education where students are viewed as whole persons.

As a member of the faculty, I find that teaching at an HBCU affords me opportunity to take up and to express intellectual interests that might have a smaller audience at many majority institutions. For example, I was specifically interested in coming to Rust College so that I could have conversations with students and colleagues about African-American history in slavery and how that history either does or does not inform the community’s sense of time. After two years at Rust, I can say without hesitation that I have received an enormous amount of support from my peers in developing this interest and in finding ways to include it in my teaching. Such support has included participation in a CIC Summer Fellowship, an opportunity that was encouraged by our Vice President for Academic Affairs, and developing relationships with other professionals at UNCF-affiliated institutions. At a campus our size, faculty achievements are highlighted and widely disseminated, and our president never fails to send notes of recognition. Teaching at an HBCU means becoming part of a critical historical initiative whose goals and mission continue to reverberate, continue to be relevant, and continue to inspire.

The best thing, to me, about teaching at an HBCU is the chance that it gives many first-generation, economically disadvantaged college students. I received my undergraduate degree from a small, Baptist college in rural Kentucky, and a lot of what I experienced as a student is reflected at Wiley. Nobody was able to explain to me what college was like, other than it provided me with a chance that my parents never had. My faculty ensured that I knew what was expected from the first day of class, and it’s that same teaching, that ability to provide guidance and support outside of the classroom, that I see as my duty to provide to our students. As was provided to me, so too should I provide to the new generation. Wiley gives me that opportunity, and I am thankful for it.

I have taught at an HBCU for 22 years. I started teaching at Shaw University in Raleigh, North Carolina (where I taught for two years), and then I went to North Carolina Central University in Durham, North Carolina (where I have been for 20 years). Family members and friends told me that I would not survive in an HBCU because I was educated in three predominantly white institutions (even though I am Africa-American). They believed I had become too white to survive in such a black environment. I have not only survived, but I have also thrived, and I believe my success has come from a genuine compassion and concern for my students. I have one-on-one contact with black students from diverse backgrounds, but who tend to share some commonalities. They respond better to professors who care about them—truly care about them—and who want to see them succeed. I have found that my students do best when they sense how much I care about them as people, and not just as students. My students—and I have taught thousands now—have often expressed their joy in seeing a black person who is smart, talented, and doing well in life. I strive to be this example in my dress, speech, knowledge, and demeanor.

Although HBCUs are often filled with African Americans, today’s HBCUs have also undergone a drastic change. They have become popular among white Americans and foreign-born professors/administrators. However, some HBCUs still keep a very relevant distinction, and history continues each time someone black does well.

Opportunity. Transformation. The best part of teaching at Bennett College in Greensboro, N.C., is having the opportunity to lead, educate, and inspire a cadre of literate, earnest, passionate young women of color. Young women, who when given the right catalyst, will challenge a society that so often denigrates them and questions their very right to exist. In these young women, I see myself as I was and as I came to be in large part because I too graduated from an HBCU: Spelman College. For so many of our young people, it is at an HBCU that they can experience themselves as persons with agency. People who have voice, people who matter and people who have their own truth to speak. At our HBCUs, young people of color with the right support thrive and grow intellectually, spiritually, and emotionally. I am blessed to be a professor at a college where black women are transformed for the better, and where I am an integral part of that transformation. A place where young women of color are valued.