We’re used to hearing stories of triumphant Olympians overcoming all odds to achieve their dreams. But for many, staying afloat financially is a lesser-known hurdle as they ski, skate, jump, flip and twirl their way to gold.

NerdWallet talked to athletes competing in the 2018 Games in Pyeongchang, South Korea — and one former Olympian — about all things money: how they make ends meet; the financial products they use; and their money stressors, challenges and sacrifices. 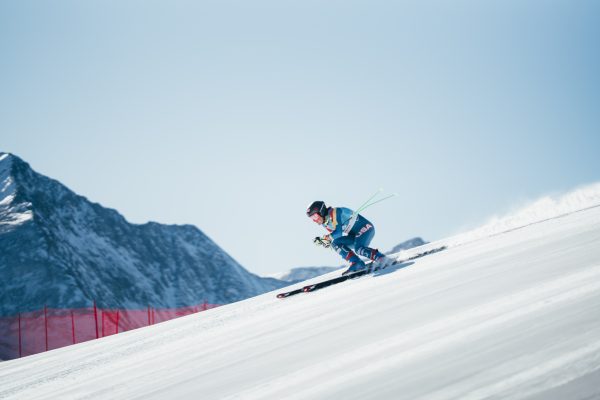 How she earns a living: Sponsorships with businesses including Mammoth Mountain Ski Area in Mammoth Lakes; prize money; and income from the duplex that she owns and rents out.

How funding on the ski team works: The U.S. ski team covers ski and travel costs for the top U.S. skiers — a group called the A team, which Cook is on. Athletes on lower-level teams, some of whom still make it to the Olympics, have to pay to be on the team.

How sponsorships work: Each contract is unique, but athletes typically earn sponsor money in two ways, Cook says. There’s a retainer, or a sum an athlete gets paid for signing a sponsor contract; and performance incentives, or money an athlete gets based on his or her ranking in the sport.

Just for fun: She enjoys listening to podcasts including NPR’s quiz show, “Wait, Wait, Don’t Tell Me” and the “BiggerPockets Podcast,” which is about real estate investing.

»SIGN UP: Monitor your finances with NerdWallet to meet your money needs 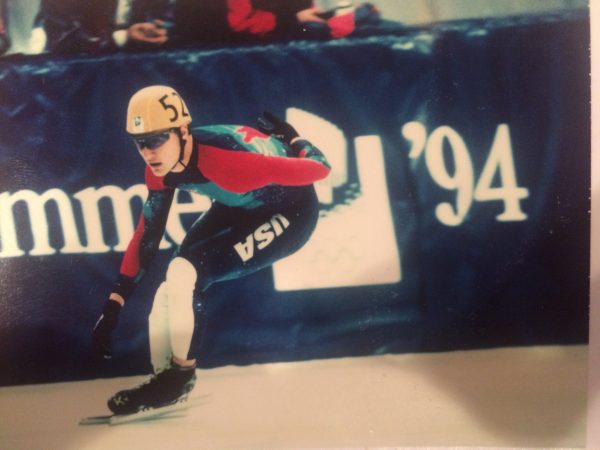 Olympic experience: Silver medalist in the 5,000-meter relay at the 1994 Games in Lillehammer, Norway. Now retired.

A past money mistake: Coyle amassed $87,000 in credit card debt during his speedskating career. He had 37 cards at one point, he says.

How he tackled his debt: Coyle consolidated it and worked with a debt settlement company to negotiate down the total amount he owed. But although that strategy works for some people, debt settlement is risky. Chapter 7 bankruptcy or a debt management plan are almost always better options.

Just for fun: Coyle is a speaker, author and NBC analyst. He’ll be in Pyeongchang for the final 10 days of the Olympics doing features for NBC and live broadcasts on his Facebook page, “John K. Coyle — The Time Guy.” 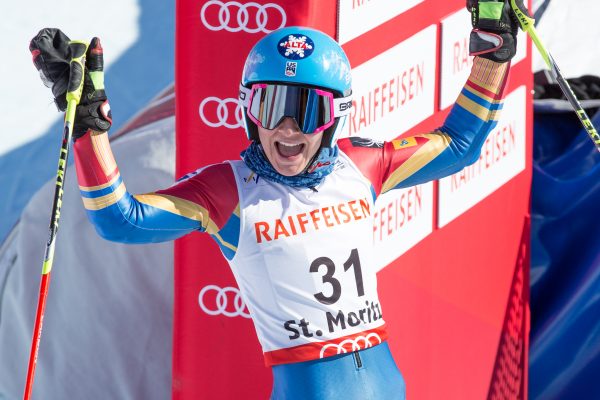 What it means to be an independent athlete: McJames was cut from the U.S. ski team in 2012, but has continued competing internationally anyway. Without the team’s financial support, she’s responsible for covering 100% of her training and competition costs.

How she covers skiing and living expenses: Private donations, grants, sponsorships, fundraising, prize money and part-time work as a coach in the summers.

What she wishes fans knew about the financial realities of the sport: She estimates costs for U.S. ski team members who have to pay to be on the team range from $15,000 to $25,000 per season. As an independent skier, her costs are even higher.

Biggest money stressor: Her budget for one season of independent racing in the World Cup circuit during a non-Olympic year is $50,000, not including coaching. She hasn’t had a full-time coach since she’s been skiing independently.

Just for fun: She likes listening to singer Josh Ritter to calm her nerves before a race. 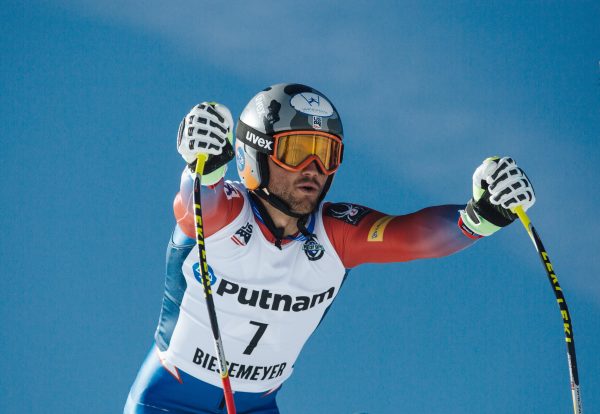 Financially, “I’m maybe behind in regards to other 29-year-olds in the world,” says Tommy Biesemeyer. (Photo credit: U.S. Ski & Snowboard)

How he covers skiing and living expenses: Team fundraising events and sponsorships with companies including Windham Mountain Resort, a ski area in Windham, New York.

Biggest money stressor: “I’m maybe behind in regards to other 29-year-olds in the world that are, like, having full-time jobs and have houses and families. I don’t have that.”

Just for fun: If it’s an option, he likes to eat baby back ribs before a race. He ate them before winning a state championship race in 2012. 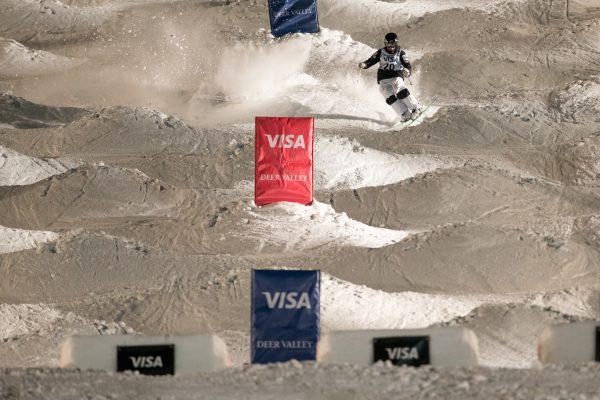 Jaelin Kauf has bused tables and cleaned houses in the past to help cover the cost of competing. (Photo credit: © Steven Earl)

Olympic experience: The 2018 Pyeongchang Games is her first Olympics.

How she has covered skiing and living expenses: Prize money, fundraising events, income from part-time jobs and crowdfunding on athlete crowdfunding site RallyMe.

What she wishes fans knew about the financial realities of the sport: For Kauf’s ski event, moguls, only the best U.S. athletes get funding for travel costs during competition season. As a top U.S. mogul skier this year, Kauf was funded. Some of her teammates who are also competing in Pyeongchang have to pay their skiing travel costs out-of-pocket, however.

Just for fun: She always listens to “Amazing” by Kanye West in the start gate before a competition. 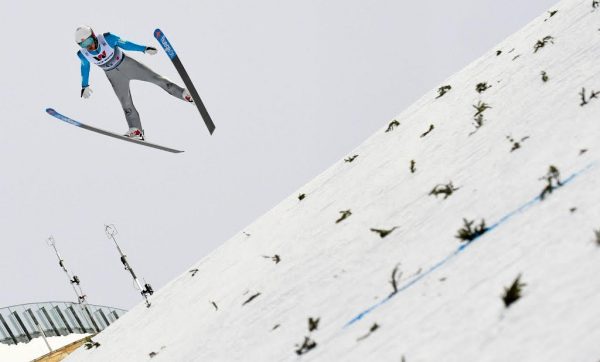 Jasper Good has saved on rent by keeping his belongings in storage while he’s away competing. (Photo credit: USA Nordic)

How he covers skiing and living expenses: Fundraising, donations and help from his parents.

How he has saved on rent: Storing his belongings in a storage unit while he’s traveling for competitions, and staying with friends when he returns to Park City, Utah, where he trains.

Favorite credit card: The Chase Sapphire Preferred® Card, because it has travel bonuses and no foreign transaction fees.

Just for fun: His warmup playlist includes “Man of the Year” by Schoolboy Q, “Rap God” by Eminem and “Highway to Hell” by AC/DC. 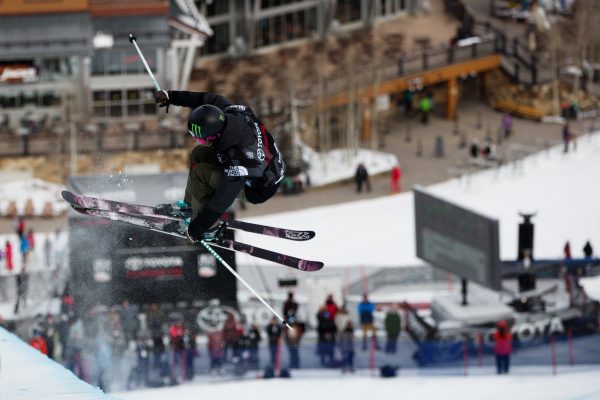 Olympic experience: Two-time Olympian (2014 and 2018) competing in the halfpipe event.

How she earns a living: Prize money and sponsorships with companies including Monster Energy and Giro, a sports accessories company.

Just for fun: Recently, she’s been listening to the electronic song “Jubel” by Klingande before competitions.

How he covers skating and living expenses: Performance-based stipend from the U.S. Olympic Committee.

Biggest money stressor: “Rent is always one. Luckily, my girlfriend and I live (in Park City, Utah), in a pretty cheap place at the moment.”

What he wishes more fans knew about the financial realities of the sport: U.S. Olympic athletes are not government-funded. Olympians in most other countries receive financial support from their government, according to the United States Olympic Committee.

Just for fun: Whitmore tries to eat Chinese food the night before a race. “That seems to be a good-luck charm,” he says. He also drinks cherry juice before bed.

How she covers skiing and living expenses: Sponsorships with businesses and organizations including Alaska Seafood, L.L. Bean and Kashi.

Favorite credit cards: Airline credit cards, since she travels so often for races. She has cards that earn miles with Delta Air Lines, United Airlines and Alaska Airlines.

A financial challenge of parenting as an athlete: Covering child care for her baby son, Breck, while she’s competing overseas. Family members typically watch him, which is free, but Randall pays for their travel costs.

How he covers bobsledding and living expenses: A mix of crowdfunding, income from a part-time job and a stipend from the U.S. Olympic Committee.

Biggest money lesson he’s learned: “Always live below your means, and save. … It’s not how much you make, it’s how much you save.”

Biggest money sacrifice: Giving up a full-time job with good benefits to pursue his dream of becoming an Olympian. 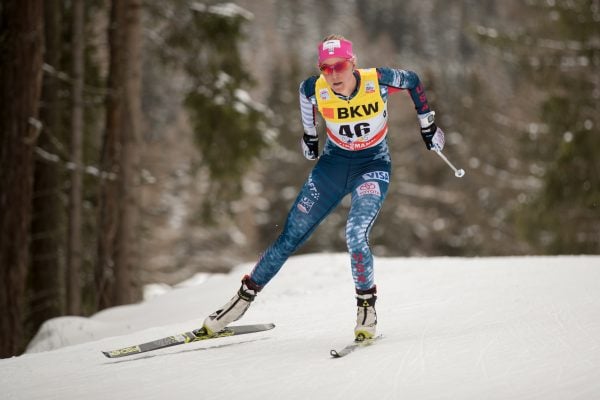 How she covers skiing and living expenses: Sponsorships with businesses including Saltchuk, a transportation and distribution company in Seattle, and Delta Constructors, a construction management company in Anchorage, Alaska. Earlier in her skiing career, she worked part-time as a nanny.

What she nerds out about: Tax policy in various countries.

Just for fun: Bjornsen braids her hair before every race. 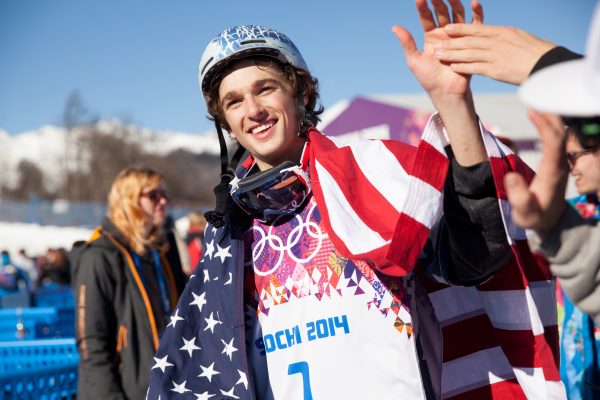 Nick Goepper wishes more Olympic money got passed on to the athletes because “a lot of them go broke trying to get there.” (Photo credit: Sarah Brunson/U.S. Freeskiing)

Olympic experience: Two-time Olympian (2014 and 2018). Olympic bronze medalist in the slopestyle event at the 2014 Sochi Games.

How he makes a living: Sponsorships with companies including Red Bull, PowerBar and Nike.

How medaling in Sochi affected his sponsorship opportunities: “In terms of the funding, or sponsorship … it really has everything to do with how you’re skiing currently, not four years ago,” he says. Medaling “does increase your visibility … but if I’m not skiing well, then it doesn’t matter.”

Why he wishes more Olympic money got passed on to athletes: “A lot of the Olympic athletes don’t benefit from the Olympics. A lot of them go broke trying to get there and don’t see any financial returns or any notoriety, or anything like that.”