I recently heard from the parents of a yet another high school senior who turned down a huge scholarship from a good college to attend her “dream school,” which of course has lousy financial aid. Now her parents are scrambling, trying to figure out how to pay for it.

This madness must end.

Asking teenagers to pay the whole cost of a four-year college degree probably isn’t realistic or smart. Kids may be cut off from financial aid, since need-based help is largely based on the parents’ resources. The debt they accumulate may be crippling, and students who try to pay for school entirely on their own are more likely to drop out.

But the open bar approach isn’t wise, either. Setting limits and requiring a kid to pay at least part of the cost can actually lead to better grades while protecting parents’ finances.

The sticker price to attend many private universities now exceeds $70,000 per year, including tuition, room, board, books and fees. Most college educations cost much less, of course: The net average cost, after scholarships and grants are taken into account, was $15,367 last year, according to student lender Sallie Mae.

Many families aren’t prepared for the expense: Some 4 out of 10 parents aren’t saving for college. Among those who are, the average amount saved is $18,135, Sallie Mae found.

The high cost of college and the low rate of savings has led to a whole lot of debt: $1.5 trillion in student loans, at last count. Although the typical college graduate has a manageable level of education debt, it’s easy to borrow far more than a student, or a parent, can comfortably repay.

Given these realities, parents should set clear boundaries about how much they’ll pay for college.

Find out what you’ll be expected to pay

Start with the Department of Education’s FAFSA4caster, an online tool that predicts your “expected family contribution” based largely on parental income and assets. Enter the cost of a college to see roughly how much need-based aid to expect. Once families have the financial aid figure, parents can add in the amount they want to contribute (or borrow) to determine how much they can help.

Put limits on your borrowing

Parents often want to spare their kids from student loans, but the kids are the ones benefiting from the education, and they have many more years ahead of them to pay off the debt.

Having student loans typically isn’t a huge hardship. Students can borrow up to $31,000 in federal student loans for their undergraduate degrees, including $5,500 for their first year. The typical college graduate can easily pay that back within 10 years.

A rule of thumb for students: Don’t borrow more in total than you expect to earn in your first year out of school.

Parents usually have access to PLUS federal education loans, but those have higher rates and less generous repayment plans. Parents and students should be wary of using private student loans, since those typically come with variable rates and fewer consumer protections. Parents also may be able to borrow against their home equity or retirement funds.

A rule of thumb for parents: Don’t borrow more than you can pay off before you retire, while still saving enough for that retirement.

Make sure your kid has skin in the game

The more financial help parents offer, the more likely college students are to graduate, according to a 2013 study by Laura Hamilton, a sociology professor at the University of California, Merced. At the same time, students’ grade-point averages decreased as parental support increased.

Having loans didn’t help grades, but scholarships, work-study and grants did. Some studies have found that working less than 20 hours per week while in college is associated with better grades. So even parents who can afford to give their kids a full ride might insist they at least get a job.

Most parents, though, should be sending a different message: “Honey, we can afford to contribute this much to college. If you want to spend more, you’ll have to come up with the difference on your own.” Follow that with a discussion of the impact excessive debt could have on their futures.

Have this conversation long before college applications are due. It will be a much more wrenching discussion later, when the student has her heart set on the dream school that would be a nightmare for the family’s finances. 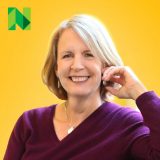