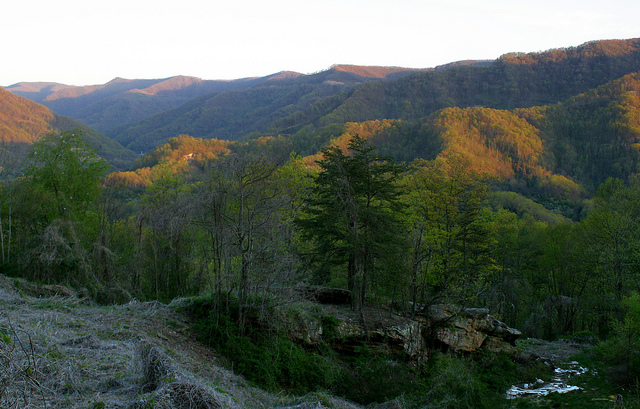 Kentucky, which is officially the Commonwealth of Kentucky, has not recovered as quickly from the Great Recession as many other states, although some metrics are showing growth. Personal income in the state rose by 2% from 2012 to 2013 to a per capita personal income of $36,239, according to the U.S. Commerce Department’s Bureau of Economic Analysis.

Kentucky gained 7,000 new jobs from March to April this year, and the unemployment rate in the “Bluegrass State” continues to trend downward, according to the Bureau of Labor Statistics.

To encourage residents to buy homes, the Kentucky Housing Corporation, a self-supporting corporation created by the state legislature, offers down-payment assistance and homebuyer education classes to encourage families to invest in homes. Other county and local organizations offer similar services across the state. They serve a growing population: In 2012, nearly 10,000 more people moved to the state than left the state, according to the U.S. Census Bureau.

NerdWallet crunched the numbers to find the cities in Kentucky with more than 5,000 residents that are the best for homeownership. Here’s what the best cities have in common:

Residents who live near Cincinnati have access to job opportunities throughout the region, with companies such as The Kroger Co., Procter & Gamble, Macy’s Inc. and American Financial Group, which all have headquarters nearby.

In addition to health and financial services, Kentucky’s economy is rooted in manufacturing, trade, transportation and utilities, and niche markets such as bourbon distilleries.

NerdWallet’s analysis of the best places for homeownership in Kentucky answers three questions:

For a full ranking of all 82 cities analyzed in Kentucky for this study and to download the raw data, click here.

Located just 16 miles south of Louisville on Interstate 65, Hillview has a median home value of $120,500 and its population grew by 9.6% between 2010 and 2012. For first-time homebuyers in the area, the Louisville Down Payment Assistance Program offers mortgage assistance. Residents here commute to work in nearby Louisville, which is home to Humana, one of country’s biggest health insurance companies.

Francisville is about 17 miles from Cincinnati, on the other side of the Ohio River, in Northern Kentucky. Francisville boasts a homeownership rate of 85.5%, according to data crunched by NerdWallet. Francisville, just like Hillview, has experienced strong population growth of 13% from 2010 to 2012.

This area, about 8 miles south of Cincinnati, boasts an 84% homeownership rate, and monthly homeowner costs are just 23.8% of the median household income. Cold Spring residents enjoy nearby Coney Island, a popular amusement park on the Ohio River.

Union, another Cincinnati suburb, has a homeownership rate of 89.9%. Union’s town plan emphasizes single-family homes, and as a result, the city has grown into the second-largest city in Boone County.

Independence is 13 miles south of Cincinnati. From 2010 to 2012, the population of Independence grew by 7%. The town, where the median home value is $161,500, has six parks with space for a variety of recreational and sporting activities.

In this Cincinnati suburb, monthly homeownership costs take up just 20.6% of a household’s monthly budget, which is the lowest on our top 20 list. Hebron is near the Cincinnati /Northern Kentucky International Airport and home to an Amazon.com fulfillment center, which is one of the largest employers in the area.

Buckner, about 21 miles northeast of Louisville, has a homeownership rate of 91.7%, which is the highest percentage on our top 20 list. Job opportunities abound in the region, particularly in Louisville, home of the University of Louisville and a thriving downtown medical research campus.

In Alexandria, residents spend 23.1% of their monthly household income on housing costs. Alexandria is about 13 miles south of Cincinnati, and it hosts the long-running Alexandria Fair, which was first held in 1856.

Oakbrook is the seventh Cincinnati suburb on our list. In this Northern Kentucky hamlet, the median monthly household income is $6,303. Oakbrook is in Boone County, which features two popular golf courses: Boone Links and Lassing Pointe.

Burlington, the county seat of Boone County, also is a Cincinnati suburb. Homeowners pay 23.2% of their monthly household income on housing costs. The city hosts the Burlington Antique Show, which is regarded as one of the premier antiques events in the South.

Only places with 5,000 or more residents were included in the study. Places with higher than average crime were excluded from the top 20 list.