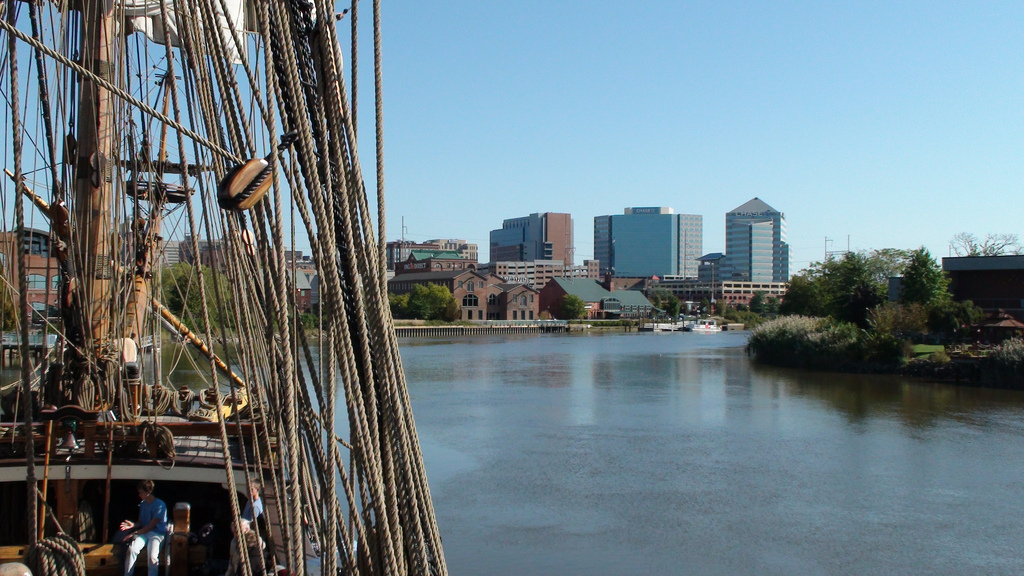 Though Delaware is one of the smallest states, the First State saw a population increase of 2.1% between 2010 and 2012, ahead of the country’s 1.7% increase in population. It has plenty of towns and census-designated places with great opportunities for homeownership, and the Delaware State Housing Authority offers loan programs for those interested in purchasing a home in the state.

NerdWallet crunched the numbers to find the best cities in Delaware for homeownership. Our analysis answers three main questions:

A part of the Dover metropolitan area, Riverview is a census-designated place that has the second-highest homeownership rate on NerdWallet’s list, with 96.4% of homes owned rather than rented. Riverview saw a population increase of 9% between 2010 and 2012. Residents have access to the resources of the Kent County Community Development program, including grants or low-interest loans for home repairs. Large employers in the county include Kraft Foods, Procter & Gamble and Delaware Technical and Community College.

Highland Acres is also a part of the Dover metro area, closer to downtown than is Riverview. Highland Acres has a homeownership rate of 81.4%, and the population of the census-designated place expanded by 11.9% between 2010 and 2012. The community sits just 3 miles from Dover Air Force Base, home to 6,400 military personnel. Highland Acres is small, with just under 4,000 residents, but homes are very affordable: homeowner costs take up just 22.9% of the median monthly household income.

Bridgeville is located in Sussex County in rural southern Delaware. With roots dating back to the 1600s, the quiet town boasts a historic district on the National Register of Historic Places. Residents make a median monthly household income of $4,569, and 28.3% of that income goes to homeowner costs. Bridgeville also has a homeownership rate of 64.6%, and the median home value is $251,900. The town’s population grew by a whopping 23.5% between 2010 and 2012, the highest of any community on our list. If you’re looking for a home in Bridgeville, First State Community Action Agency offers homebuyer counseling and help with finding a home loan to fit your needs. Bridgeville is about 30 miles from both Dover and Salisbury, Md., one of the largest shopping areas in the southern part of the Delmarva Peninsula.

Only about 12 miles from Wilmington, North Star residents earn the highest incomes on NerdWallet’s list. The census-designated place in New Castle County boasts a median home value of $443,200, and the median monthly household income is a whopping $12,168. Only 19.9% of that income is devoted to homeowner costs. Almost two-thirds of residents work in management, business, science or the arts, according to the U.S. Census, and many of those jobs are likely with the largest employers in New Castle County, which include DuPont, Bank of America, Christiana Care Health System and JP Morgan Chase. North Star also has the highest homeownership rate on NerdWallet’s list—99.6% of the homes here are owned rather than rented.

A former hub for Delaware’s first railroad, Clayton saw a 9.3% population increase between 2010 and 2012. The median home value is $212,500, and 84.4% of homes are owned rather than rented. Clayton sits only about 12 miles from Dover and residents have access to the sports leagues, classes and 27 parks operated by the Dover Parks and Recreation Department. The median monthly household income in Clayton is $5,704, and 33.4% of that income is devoted to homeowner costs. The annual Clayton Railroad Days Festival honors the city’s history.

In Middletown, the median monthly income is $6,550, and 27.9% of that income is devoted to homeowner costs. Middletown, which boasts a homeownership rate of 78.9%, is located less than 20 miles from the University of Delaware, one of the largest employers in New Castle County. This town offers residents opportunities to come together at Silver Lake Park and pool as well as Charles E. Price Memorial Park, courtesy of its Parks and Recreation Department. Middletown is home to a location of Johnson Controls, a company that specializes in energy efficiency, and Amazon recently opened a distribution warehouse here. Christiana Health Care, a large employer in Delaware, also has an emergency clinic in town. Middletown’s population grew by 11.1% between 2010 and 2012.

The homeownership rate in Hockessin is the third-highest on NerdWallet’s list, with 89% of homes occupied by owners rather than renters. This census-designated place has the second-highest median household income on our list at $10,849, and just 22.4% of that income goes to homeowner costs. This area is known for its history in the mushroom industry, and Hockessin is just 15 minutes from the nation’s mushroom capital, Kennett Square, Pa. Each September, Hockessin residents join their Pennsylvania neighbors for the annual Mushroom Festival, complete with farm tours, tastings and live entertainment.

Pike Creek is a census-designated place situated between Newark and Wilmington in New Castle County. It has an 88.1% homeownership rate and a median monthly household income of $8,788. Homeowners here spend just 21.1% of their incomes on homeowner costs, leaving plenty left over for shopping at Pike Creek Shopping Center or sipping coffee made locally at Pike Creek Coffee Roasterie.

Just south of Dover, Woodside East’s population grew by 5.3% between 2010 and 2012 and 71.3% of homes are owned rather than rented. Many residents of this census-designated place work in trucking, transportation or retail, according to the U.S. Census. Homes in this small community of less than 3,000 residents are affordable, with the median home value set at just $126,700, the lowest on our list.

Only places with 2,000 or more residents were included in the study. Dover Base Housing CDP was excluded, as data for all three variables was not available. Communities with higher-than-average crime rates were excluded.