The average rate on a 30-year fixed-rate mortgage slipped a notch while the rate for the 15-year fixed was unchanged and the 5/1 ARM rose incrementally, according to a NerdWallet survey of daily mortgage rates published by national lenders Friday.

While rates were tame today, 30-year mortgage rates are six basis points higher than one week ago but still 11 basis points lower than one year ago. A basis point is one one-hundredth of one percent.

Rates have been trending up for a month, on the back of continuing strong national economic news. And it’s that strong economic news that has market observers like Scott Anderson, chief economist for Bank of the West, predicting that the Fed will raise short-term interest rates at a steady pace next year.

“U.S. growth will be sufficiently strong to keep the Fed on track to raise the fed funds rate three more times in 2018,” Anderson said in an analysis.

10% fewer homes on the market

If you’re thinking about buying a house, you may want to jump in sooner rather than later. As mortgage rates steadily climb higher, home inventory continues to tighten.

There were 10% fewer homes for sale across the nation in December, compared with the same month in 2016, according to Zillow research. That continues a year-over-year trend that has been falling for the past 35 months.

“[That] means the often heated competition among home buyers and sometimes rapid increases in home values that tend to follow are unlikely to change this year,” Aaron Terrazas, senior economist for Zillow, said in a report. “This limited and dwindling supply, coupled with high demand from home buyers driven by a good economy… means home values themselves continue to soar.”

The national median home value was up 6.5% year-over-year in December, Terrazas said.

And new home construction has yet to fill the inventory gap.

“The December new construction report shows home building is inching along, with permits up slightly, starts slipping and housing completions up, but construction overall remains woefully behind the levels necessary to quench buyer demand,” Joseph Kirchner, senior economist for Realtor.com, said in an email.

Kirchner notes that 1.2 million new homes were started last month, but “the U.S. still needs 893,000 additional housing starts to get us back to normal levels.” 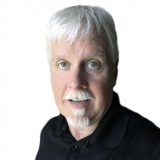