Traditionally, the only noticeable difference between an iPhone and an iPhone Plus is size. But that’s not the case with the seventh generation of the Apple smartphone. Here’s what you need to know about the differences between the new iPhone 7 and the iPhone 7 Plus. 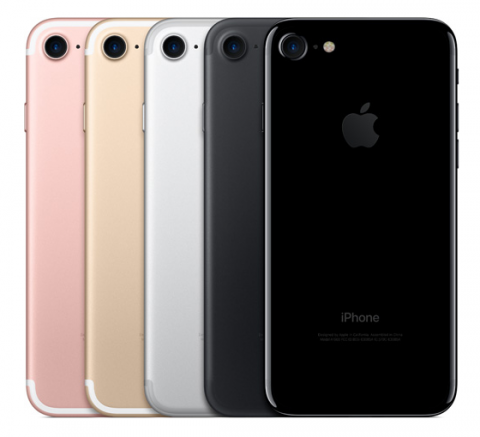 The iPhone 7 and the iPhone 7 Plus do have a fair amount in common. Each phone comes in silver, gold, rose gold, jet black and matte black. They’re sold with 32 gigabyte, 128GB and 256GB storage capacities. Both are water-resistant.

You’ll get iOS 10 on both of them, and you’ll have access to most of the same features, like EarPods that connect to the device’s Lightning port and a home button that’s more pressure-sensitive than on past models. Some standard coveted iPhone features remain in these new phones, including fingerprint Touch ID, Apple Pay, Siri voice commands, FaceTime video and built-in apps.

Each is available from major wireless carriers such as AT&T, Sprint, Verizon Wireless and T-Mobile.

Another major difference is the camera. The iPhone 7 Plus has dual cameras that shoot as one. The phone also can take more enhanced depth-of-field photos that mimic a stand-alone camera and allow phone users to focus on a forefront image while blurring out the background. The iPhone 7 can’t do this. Apple will release this feature via an upcoming software update for the 7 Plus later in 2016.

Which Apple phone is right for you? The biggest draw of the iPhone 7 Plus is its camera. If you’re an amateur photographer, or if you just appreciate a larger screen to view your images on, go for the bigger phone.

Of course, if you’re used to carrying your smartphone around in your pocket, the 7 Plus may be a little bulkier than you’re bargaining for. If you’re not a photo enthusiast, the normal iPhone 7 will deliver everything you need for $120 less.