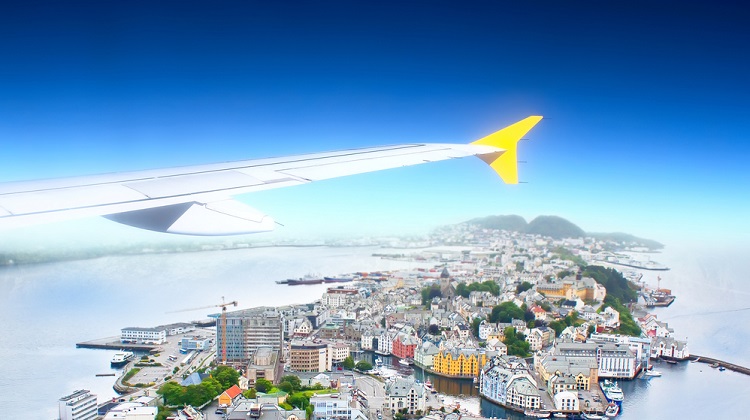 The holidays are synonymous with sales, shopping and, of course, packing your bags for travel. Whether you go by plane, train or automobile to be near your family or have a vacation getaway, you won’t want to miss the travel sales this Black Friday and Cyber Monday.

While deals at most retailers start on Thanksgiving and last throughout the weekend, the big time to find travel deals is still Cyber Monday, which this year is Nov. 30. Many hotel chains, airline carriers and resort spas release their biggest sales of the year at this time. To be prepared, check travel websites a few days before the holiday weekend, as some deals depend on the hour you book.

Not only in the United States but increasingly throughout the globe, websites on Black Friday get a ton of hits from travelers looking to book online. According to a report by Sojern, a data company focused on travel, reservations made on Black Friday increased last year by 98% as compared to those made on Thanksgiving. The company expects travel reservations to make an epic jump this year on Cyber Monday, as well.

Airfare could be the most difficult of the travel deals to nail down during Black Friday and Cyber Monday. Most deals pop up at the last minute, so it’s best to follow airlines on social media for quick-hit updates, as well as continually check travel booking sites like Kayak and Expedia. You may want to have your trip in line: make hotel reservations in advance and scour the websites for when the airfare deals are revealed.

Hotel chains, boutique bed and breakfasts and big-name resorts are all jumping in this season to promote big discounts on hotel rooms across the world. Beach goers can check out the many deals on hotels in Puerto Rico (Marriott and Doubletree). In Jamaica, the Half Moon in Montego Bay is offering 30% off a stay during select dates. For those wanting to discover the white sands of Aruba, the Hyatt Regency there offers 20% off a deluxe room with a $100 resort credit toward one of the property’s restaurants or bars.

Here are some other Black Friday deals at beach resorts for a warm winter getaway:

Not one to swim and surf? Big deals on ski resorts are offered for those who want to play in the cold. Here are some top deals you can find in the mountains and through the woods:

Even if you want to shred powder for just a few days, Black Friday has a lot of deals on lift tickets, as well. Liftopia, a discount lift ticket outlet, recently posted its Cyber Monday and Black Friday sale a few weeks early. Skiers and boarders can find up to 86% off lift tickets across the county.

Cruise lines are known to flash their sales at the last second, right up against the Black Friday deadlines. They offer not only Thanksgiving weekend sales but also highlight their end-of-year deals. In 2014, lines such as Star Clippers, Azamara, Princess, Norwegian and Royal Caribbean offered deals like 60% off a cruise package, half off a trip’s deposit price or discounts on a second passenger’s stay. The deals often last well through the holiday shopping weekend, so you can tackle Black Friday ads online or in the stores and know that the cruise deals will last through Cyber Monday (and often the week after). Be sure to check on Thanksgiving and on Cyber Monday to find the best deals on your favorite cruise lines.

If the vacation you have in mind is more about museum tours, hip new restaurants, shopping sprees and sightseeing, you may want to check out the travel deals to New York, London, Los Angeles or San Francisco. Here are some highlights we found on the best travel deals on hotels in major cities:

Travel plans including an intra-Europe adventure are up for discounts, too. Known for its Cyber Week deals, Rail Europe traditionally offers discounts on tickets and passes. This year, the Black Friday sale will start on Nov. 27 and last through Dec. 4. The Eurostar Standard Premier, which comes with a light meal served at your seat, is offered at 30% off. Gift-card deals also are offered at $30 with the purchase of a $300 Rail Europe gift card (for a total value of $330).