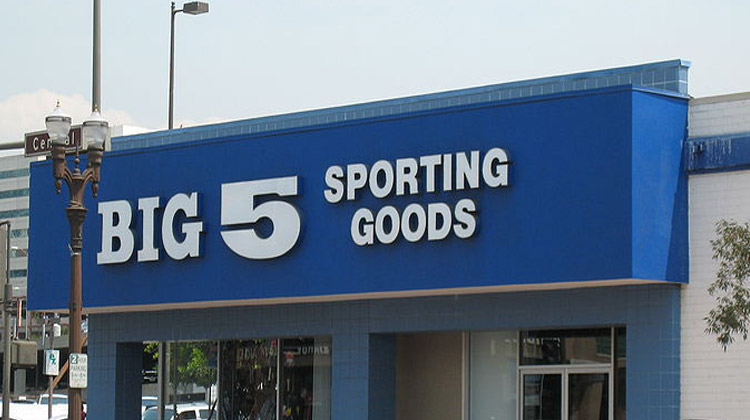 NerdWallet analyzes the news and reviews of Black Friday 2014. Stay tuned if you have yet to see your preferred retail store! For year-round coupons and deals, too, check out NerdWallet’s DealFinder tool.

Big 5 Sporting Goods just released its Black Friday ad! Check out this year’s deals in the 13-page ad scan below:

In 2013, the sporting goods store debuted a 10-page Black Friday ad filled with discounts and deals. The packed pages may have looked slightly overwhelming, but among the series of numbers, bright colors and fine print were sale prices on apparel, footwear, exercise equipment and toys. Although Big 5 dubbed its promotion the Thanksgiving Super Sale, the store wasn’t open on Thanksgiving Day. Big 5 was open from 5 a.m. to 9 p.m. Black Friday, 9 a.m. to 9 p.m. Saturday and 9 a.m. to 8 p.m. Sunday.

Early-bird special prices were available from 5 a.m. to 4 p.m. on Black Friday. Among these exclusive discounts were price cuts on assorted items from a variety of product departments. Sales included:

An enormous number of the deals were on footwear, but there were savings to be found on tennis rackets, rifles, watches, sunglasses and fitness equipment as well. Other standout promotional prices:

While these exact deals may not have lasted for long, there were additional opportunities to save with price reductions that lasted for three days. Savvy shoppers needed to be careful to note that the most prominently advertised prices were available for the early-bird period only. After that, the prices rose. The Bearpaw Dorado 430 Short Boots, for example, increased from $30 to $39.99. The Remington 770 7mm Mag or .30-06 Bolt-Action Rifle Combo went from $299 to $349.99.

While Big 5 Sporting Goods had a Black Friday ad that was half the size of the one put out by competitor Sports Authority, Big 5 appeared to boast just as many deals. Plus, the featured discounts were on comparable merchandise categories. When it came to reductions on athletic shoes, Big 5 seemed to come out on top, with a greater variety of on-sale brands.