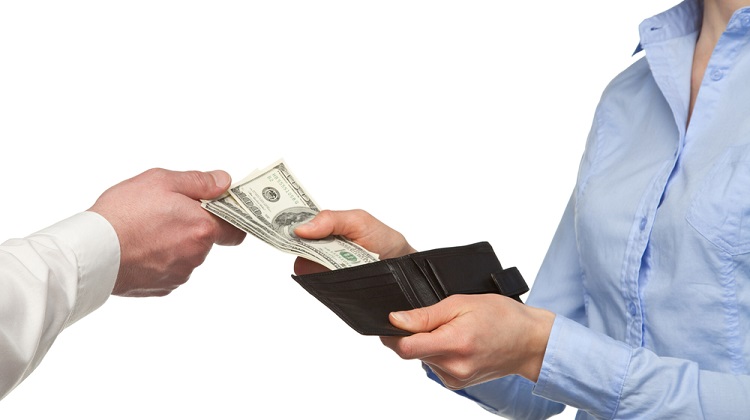 The most obvious benefit of Black Friday – from a shopper’s standpoint at least – is the opportunity to score substantial deals. It’s not just bargain hunters who revel in this famed holiday discount event, though.

Let’s examine some of the economic benefits of Black Friday for retailers, job seekers and the economy as a whole.

Black Friday sales lead to many cash register transactions, which equals profits for stores and the economy. In 2013, a record-setting 92 million people hit the stores on Black Friday, with each spending an average of $407.23, according to About.com. If you take into account both Black Friday and the weekend that followed, a total of 141 million deal finders rushed through department stores.

If the data from the National Retail Federation’s Holiday Consumer Spending Survey is any indication, there may be an increase in the amount shoppers spend this season. An average celebrator of Christmas, Kwanzaa and/or Hanukkah will spend $804.42 in 2014, according to the survey. This is almost 5% more than last year’s $767.27. Some of this spending will likely take place on the holiday season’s unofficial kickoff – Black Friday (or Thanksgiving for stores that open early).

The NRF also predicts that overall holiday spending will be up 4.1% this year, to $616.9 billion. If that prediction holds true, it would be the greatest year-to-year percentage increase since 2011.

All of this spending means billions of dollars will be infused into the country’s national and local economies. This could be welcome news, as holiday spending is usually an indicator of consumer confidence.

Hundreds of Thousands of Jobs

Beyond simple sales, Black Friday – with the season in which it is enveloped – also provides the economy with an influx of temporary jobs.

In 2013, retailers hired 768,000 temporary workers for the holiday shopping season (including Black Friday), according to ConsumerAffairs.com. Expectations for this year forecast up to 800,000 seasonal positions.

Macy’s, for example, expects to bring 86,000 employees on board. Target and Kohl’s anticipate similar hiring figures, with 70,000 and 67,000 temporary positions being added, respectively. Shipping companies – such as FedEx and UPS – are ramping up hiring as well, especially in light of the fact that 56% of shoppers plan to do at least a portion of their holiday shopping online this year, according to Shop.org.

Adding new employees could provide a boost to those looking for job prospects – even long after Black Friday deals (and crowds) have come and gone. Some retailers hope to transition temporary employees into permanent positions. National Retail Federation President and CEO Matthew Shay addressed this very topic in a comment in a 2014 news release about seasonal hiring.

“These holiday positions offer hundreds of thousands of people the opportunity to turn their seasonal position into a long-term career opportunity in retail,” Shay said.

Your Part in the Picture

From spending to hiring, you’ve likely seen the Black Friday economic-impact headlines year after year. They proclaim record-setting sales figures, unprecedented numbers of shoppers and the highest-ever reported levels of seasonal hiring. But what do all of these statistics actually mean for you?

First, if you want to personally contribute to the economic impact of Black Friday, all you have to do is shop. Your spending dollars will be infused back into the economy as soon as you purchase that HDTV you’ve saved a spot in your living room for or that iPad you’ve been daydreaming about adding to your technology collection.

If you’re more interested in finding temporary seasonal work than actually doing any Black Friday bargain hunting, you can take advantage of the ongoing holiday hiring at most major retailers. Check your local store locations for job opportunities. Some retailers – such as Target – post their holiday job openings online as well.

The day is the brainchild of American Express and is designed to promote shopping at small and local businesses. This year will mark the fifth annual post-Black Friday shopping event.

For a mixture of both shopping events, you can shop major stores on Black Friday and shift to local on Saturday. You won’t even have to miss out on your dream deal by shopping small, either. Many retailers are known to extend their Black Friday price cuts well into the weekend.