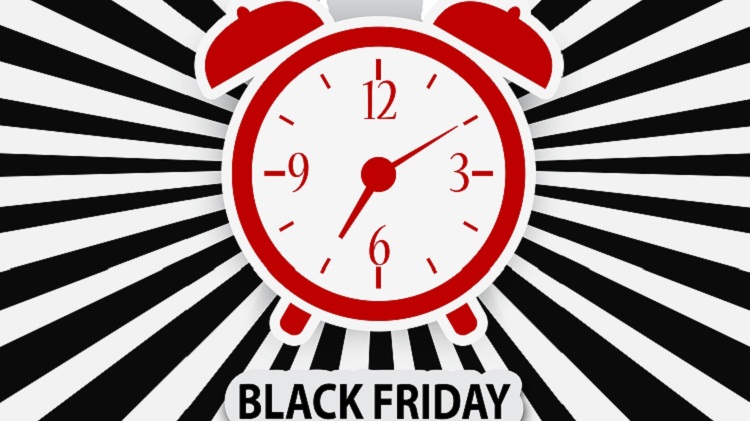 Ten years ago, early-bird shoppers looking for bargains could count on Black Friday sales starting at 6 a.m. Now, it’s almost quaint to think of stores opening in the wee hours of Friday morn. Black Friday sales have moved so far ahead over the past decade that they’re no longer even on Friday.

As opening hours creep earlier and earlier into Thanksgiving, the holiday has become an extension of Black Friday. Now known as “Gray Thursday,” Thanksgiving marks the start of most major stores’ Black Friday sales.

The History of Gray Thursday

The steady shift to earlier and earlier hours is known in the retail world as the “holiday creep.” Observed with other holidays including Valentine’s Day and Easter, the phenomenon isn’t unique to Black Friday, although the biggest shopping event of the year has shown some of the most extreme examples of it.

As recently as 2006, major retailers including Sears and Target opened their doors at 5 and 6 a.m. on the Friday after Thanksgiving. Store hours crept earlier and earlier to 4 a.m. and even 3 a.m., as illustrated by a graph from Inlander.

Soon Walmart and Toys R Us were opening at midnight on Thanksgiving. By 2011, midnight openings became mainstream; the following year an increasing number of stores opened Thursday evening, but 8 p.m. was the earliest that even Walmart, Toys R Us and Sears dared open. In 2013, 8 p.m. opening hours were commonplace, with some stores kicking off the sales even sooner, at 5 or 6 p.m. Thursday.

The early hours attracted the ire of shoppers and media commentators, and news of petitions and boycotts circulated. Responding to the criticism, retailers said they were only catering to customers’ demands. And, in the end, shoppers did show up. Though the average consumer spent less than the year before, 2013 saw a total of 141 million shoppers, according to the National Retail Federation. That was an increase of 2 million compared with 2012.

As Black Friday approaches, more and more stores have begun releasing their opening hours for this year. A look at both the average opening hours for 2014 and the new record-setters reveals a steady continuation of the holiday creep.

Among stores that opened on “Gray Thursday” last year, 8 p.m. marked the most popular time for doors to open. Major retailers Target, Sears, Macy’s, Kohl’s and JCPenney all opened at 8 p.m. in 2013.

In 2014, however, the standard has moved back by two hours, to 6 p.m. Thursday. Set to open at 6 p.m. instead of 8 p.m. this year, Macy’s, Kohl’s and Sears aren’t the only stores kicking off the sale at turkey-dinner time. Bon-Ton, Belk, Sports Authority and Staples will all be welcoming customers from 6 p.m. on.

Opting to start even sooner, JCPenney and Stein Mart will open their doors at 5 p.m. on Thanksgiving this year. Last year, these hours were considered early, with only trendsetters like Toys R Us and Walmart opening as early as 5 and 6 p.m.

Five stores operated by Stage Stores Inc. – Bealls (not to be confused with the chain of the same name in Florida), Goody’s, Palais Royal, Peebles and Stage Stores – will be open from 4 p.m. Thursday to 1 a.m. Friday this year, with the start of the sale cutting into the late afternoon on Thanksgiving. The deals will continue on Black Friday from 6 a.m. through 3 p.m.

But that’s not all. With major online retailer Amazon releasing two daily deals from Nov. 1 through Dec. 22, we can expect to see an increase in the frequency of pre-Black Friday sales through the month of November.

Despite the undeniable trend toward earlier hours, not all stores will be opening their doors sooner this season.

Usually trendsetters when it comes to the holiday creep, Walmart and Toys R Us are expected to stay conservative in 2014 – at least relatively. With reported opening hours of 6 p.m. and 5 p.m. Thursday, respectively, the chain retailers will be keeping the same hours as last year. In 2013, those hours were criticized for cutting into Thanksgiving, but with a growing number of stores opening in the early evening Thursday this year, they’re no longer among the most extreme we’ll be seeing.

Speaking of extreme, Kmart drew attention and ire last year for staying open for a record 41 hours straight. The department store opened its doors at 6 a.m. Thursday and stayed open until 11 p.m. on Black Friday. Despite facing criticism and threats of boycotts for its hours, the store is set to follow a nearly identical model this year. In a news release, the company reported that it is “excited to open our doors early on Thanksgiving and offer other early access opportunities for (customers) to shop and save.”

Kmart will be open from 6 a.m. Thursday until midnight Friday, a whopping 42 hours. There’s no news on whether the store will punctuate this stretch with short breaks for its shoppers and employees.

Like last year, some stores chose to buck the trend and stay closed on Thanksgiving. In 2013, Nordstrom, Trader Joe’s, Burlington Coat Factory, BJ’s Wholesale Club, Home Depot, Costco, TJ Maxx, P.C. Richard & Son, Menards, Dillard’s and Marshalls all remained closed on the national holiday. Of these retailers, only Lowe’s and Costco have released their hours for this year, with both continuing to stay closed on Thanksgiving.

What This Means for Shoppers

If you weren’t convinced last year, you should know for certain now: Thanksgiving and Black Friday have become one and the same. The cost of beating the crowds these days is a Thanksgiving dinner at home with the family. But by moving your meal up to lunch instead of dinner, you can take advantage of one American tradition without sacrificing another.

Still, there’s no need to worry if shopping on Thanksgiving isn’t your style. Keep an eye out for a growing number of deals well before the holiday, or limit your destinations to the stores that still reliably open on Black Friday itself.