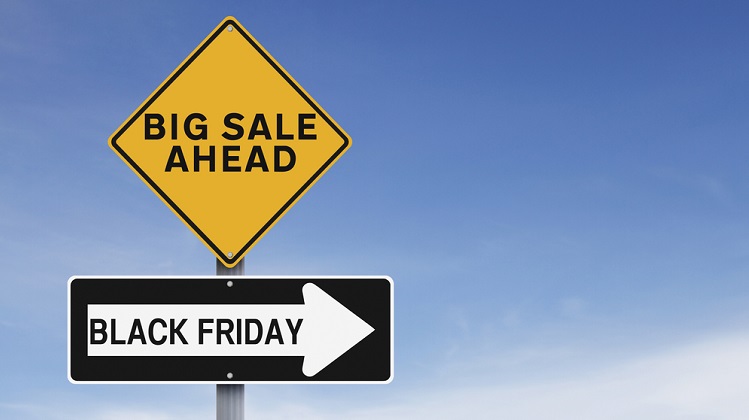 It goes without saying that the best Black Friday deals are those that save you a load of cash on your favorite items. There’s more that goes into a great post-Thanksgiving promotion than just a steep discount, though. Ever wonder what other factors you should take into consideration when scoping out a good sale on the biggest shopping day of the year?

Here are some of the most appealing things to look for in a Black Friday deal:

One of the most significant factors to consider when reading a Black Friday ad is the time the retailer opens. When will your must-have items be on sale? The answer to this question is more a matter of opinion than anything else.

Last year, for example, countless retailers opened their doors on Thanksgiving Day ahead of Black Friday. Stores that partook in this trend in 2013 included Best Buy, JCPenney, Kmart, Macy’s, Target and Walmart. For shoppers who preferred shopping carts over turkey dinners, this was a Black Friday bonus.

This year – as was the case last year – the earlier the opening, the more time you’ll have to shop. On the flip side, if you don’t want to shop on Thanksgiving, set your sights on a deal that’s available only on Black Friday itself. This will help ensure that early birds don’t snag your dream TV or tablet before you’re there. Be aware, though, that some of the most coveted deals may be offered only on Thursday.

Store’s Values Are the Best

Once you’ve narrowed down when you’re going to shop and when various stores will be open, you’ll also need to decide which locations you’re planning to include in your Black Friday plan of attack.

When searching for a spectacular Black Friday deal, keep in mind the type of store that is offering the deal. As a general rule, you won’t find very many worthwhile deals from luxury retailers, as their markdowns aren’t very substantial. Your best bet at a truly valuable savings opportunity is from low-end or midrange retailers. Examples include Walmart, Target and Toys R Us.

Deal Has No Strings Attached

You’ve scoped out the best stores and decided on the time that you’re willing to get in line. Now it’s time to analyze the deals themselves. Are there strings attached to the Black Friday promotion you’re eyeing? If so, is the deal still worth it?

Sometimes, the price advertised for a certain product isn’t actually the price you’ll pay upfront. A product may come with a mail-in rebate or an in-store coupon that can be redeemed only on a future trip to the store. Additionally, some Black Friday ads will only allow you to redeem one mail-in rebate per item, per household address. This may make getting a great deal complicated if you like to shop with your relatives.

For the most convenient shopping experience, focus on offers that don’t have any hidden exclusions, exceptions or extra work required. Reading the fine print on Black Friday ads can help you determine the details of each individual deal.

Oftentimes, shoppers hit the stores on Black Friday for the giveaways just as much as they do for the discounts. If you’re one of the die-hard shoppers who enjoy camping out in line early, don’t let your efforts be in vain. Pick a store that rewards the customers in the front of the line with a special giveaway.

For example, last year, outdoor retailer Cabela’s gave a prize to the first 600 people in line at each store location. These prizes included a Go PRO camera and a $100 Cabela’s Gift Card. Department store chain Old Navy hosted an Overnight Millionaire sweepstakes in 2013. The first 500 bargain hunters at each store had a chance to enter the sweepstakes, and one shopper walked away with a prize of $1 million.

If these promotions sound enticing, be on the lookout for similar giveaways in 2014. Oftentimes, retailers advertise such contests and freebies on the front page of their Black Friday ad.

While you’re reading the fine print on your stack of Black Friday ads, note whether items are available in limited quantities. Oftentimes, they are. This may be a deterrence – especially if you aren’t sure if you’ll be able to get your hands on your dream purchase.

Some stores make it easier to snag the biggest deals, though. Last year, Walmart guaranteed the availability of its doorbusters. All customers who arrived between 6 p.m. and 7 p.m. on Thanksgiving could be confident that they’d have access to these megadeals. If a store ran out of its inventory during this time, shoppers received a voucher so they could place an online order and still get the doorbuster products for the advertised low price.

One final Black Friday deal consideration is the opportunity for extra savings. For the most appealing bargain possible, check for a store that allows you to combine a coupon with the already discounted prices on products. Last year at craft store Jo-Ann, for example, shoppers could use an in-ad coupon to take 25% off their total in-store purchases from 6 a.m. to noon on Black Friday. Look for these types of offers this season to help maximize your savings potential.