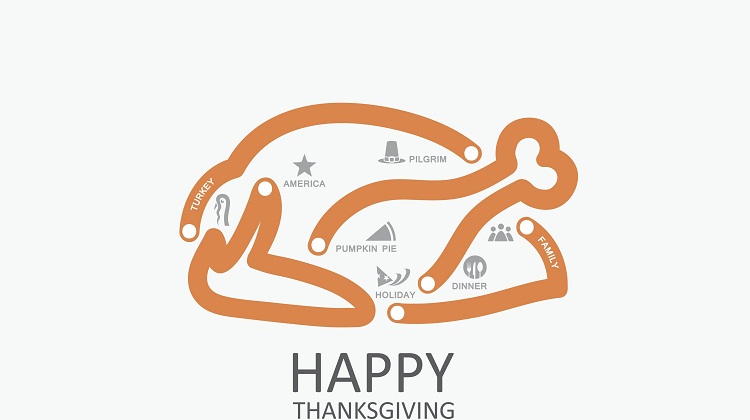 It’s the clash of two holiday staples – Thanksgiving dinner and Black Friday shopping. As holiday shopping is beginning earlier and earlier with each passing year, these two traditions are no longer separate entities.

Many shoppers applaud the Thanksgiving Day start time for Black Friday deals, while traditionalists lament the loss of their beloved holiday to retail stores.

With the big shopping kickoff just about a week away, it’s time for you to decide: Will you stay home on Thanksgiving, or will you be one of the many letting turkey give way to cash registers and coupons? It’s dinner vs. deals.

This season, nearly every major retail store will be offering its Black Friday deals on Thanksgiving. It’s known as the “Black Friday creep” – Black Friday sale start times seem to creep up earlier each year.

This year is no exception, as famed stores such as Macy’s are launching their Black Friday deals and discounts earlier than ever. What was once a post-Thanksgiving promotion has now become a Thanksgiving Day event.

It’s not just big name stores, either. One mall in New York is joining this Thanksgiving Day trend by opening at 6 p.m. on Turkey Day. Thanksgiving Day sales are provocative enough, but this mall in particular is stirring up controversy. Even more shocking than its Black Friday creep is the mall’s effort to bring all of its stores into early Black Friday compliance. The Walden Galleria is reported to have threatened tenants with fines if they don’t open their doors at the designated 6 p.m. time, according to Time.

This particular story has made headlines because of the purported fine, but there are plenty of opponents to Black Friday shopping beginning on Thanksgiving in general. A Facebook page titled Boycott Black Thursday, for example, has nearly 100,000 likes on its social media site. The page has even created a “shop this, not that” graphic to advise shoppers of which retailers they should and should not support this holiday shopping season.

Members of the Thanksgiving shopping backlash movement oppose taking retail employees, and even shoppers, away from their families on the holiday. While the division between Thanksgiving Day and Black Friday may be blurred, the divisive stances of the supporters of each day certainly aren’t. If you’re going shopping this year, it seems, you need to decide which day of the week you stand on.

For your reference, here are some of the major retailers who won’t start their Black Friday sales until Black Friday. For a complete list of which store is open when, visit NerdWallet’s 2014 Black Friday Store Hours: Full List.

Gobble Gobble and Grab Deals: You Can Do Both

But there’s a way to have your pie and eat it, too.

If you want to enjoy some quality time with your family and hit the stores – all in the same day – simply shop at a store that opens later in the evening on Thanksgiving. While some retailers will be opening early on Nov. 27 – Kmart at 6 a.m. and Dollar General at 7 a.m. – others won’t be beginning their deals until after dark. Examples include Walmart, Target and Macy’s. Each will open its doors at 6 p.m. on Thanksgiving.

Opting not to go shopping until later in the day will help make for a guilt-free holiday, as you won’t have to worry about your shopping competitors snagging your favorite deals while you’re at home getting your fill of stuffing. OK, well, maybe not completely guilt-free …