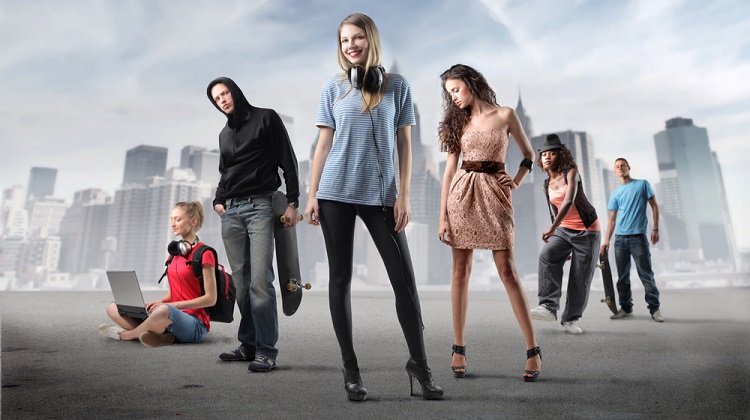 Are you a teenager or young adult? Or just shopping for a gift for one? Whichever category you fall into, here’s some good news: You can expect major discounts this year from popular clothing retailers for the teenage-through-early-20s set.

Offering casual but stylish attire, American Eagle Outfitters, Abercrombie & Fitch, Aeropostale and Hollister haven’t yet released any information about their upcoming sales for Black Friday and Cyber Monday, but last year’s promotions offer a good preview of what this year’s deals will look like. Expect to see major savings, with storewide discounts of 40-60%.

Specializing in casual wear for men and women ages 15-25, American Eagle Outfitters opened its first store in 1977. Since then, the chain has expanded, with hundreds of locations across the country and new stores opening up in Dubai, Kuwait, Hong Kong, Russia and China. Among its most popular items, the brand offers jeans, graphic tees, polo shirts and outerwear emblazoned with its signature eagle logo.

Last year’s Black Friday sale started early, with doors opening at 8 p.m. on Thanksgiving. In-store and online merchandise, including the clearance selection, was marked down 50% until 6 a.m. the following day. From then on through the end of Friday, items were discounted 40%. In-store shoppers who spent more than $60 received a free performance gym bag with their purchase, and free shipping was available to online customers by applying the limited-time coupon code 50F13311.

Despite not releasing an official ad about its Black Friday sale, the retailer did very well last year, ranking No. 10 in one measure of market share, according to a study by Placed.com.

The retailer offered a 40% storewide discount that applied to its online store and brick-and-mortar locations alike. Furthermore, shipping costs were reduced from its standard price of $10 and up to only $5.

As part of its campaign to rebrand the shopping holiday as “Hot Friday,” Abercrombie & Fitch presented dozens of shirtless male models for shoppers to take photos with. The tradition began in 2011 and has stayed strong since.

A division of Abercrombie & Fitch, Hollister Co. is a lifestyle brand targeted toward teens 14-18. Known for its surfer-inspired merchandise and the dimly lit atmosphere in its hundreds of stores around the world, the chain offers clothing for both guys and girls. Featuring jeans, tops, outerwear, underwear, shoes, fragrance and more, Hollister offers its merchandise in a slightly lower price bracket than its parent company.

Last year, the retailer advertised its upcoming promotion in YouTube videos, promising that its 2013 deals would be Hollister’s “most epic ever.” The sale kicked off early, with doors opening at 8 p.m. on Thanksgiving. With a storewide discount of 50%, shoppers could take advantage of major discounts. Like parent company Abercrombie & Fitch, Hollister introduced male models for shoppers to take selfies with. This “Hot Hollister lifeguard” campaign was part of a campaign to make shoppers stepping into stores feel like they were walking on the beach. As a final touch, shoppers with smartphones could download the Hollister app to unlock the Black Friday Beach Party Whistle on their phones.

Since its first store opened in 1987 in West Los Angeles, casual apparel retailer Aeropostale has served a customer base composed primarily of teens 14-17. The store offers clothing for boys and girls, including jeans, hoodies, tops and footwear.

In honor of Black Friday, the store offered a one-day sale at its online store and more than 900 brick-and-mortar locations across the country.

Unlike other mall-based retailers that didn’t officially publicize their discounts, Aeropostale detailed its promotion in a one-page ad released before the shopping holiday. Although it was limited to Black Friday itself, the sale offered major discounts, with a storewide markdown of 60%. For online shoppers, the retailer offered free shipping on orders of at least $75 from Black Friday through Cyber Monday.