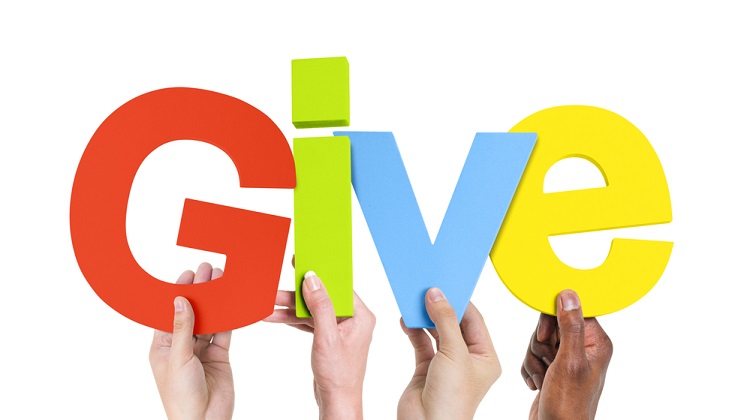 Soon stores will be encouraging you to go shopping on Thanksgiving, shopping on Black Friday and shopping on Cyber Monday. With all of the focus on buying, buying and more buying, there seems to be no time left to give. But what if there was a way to give and receive at the same time?

This holiday season, you can make your Black Friday purchases more meaningful by spending your shopping dollars at charitable retailers.

If you’ve been drowning in the sea of Black Friday ads, deals, commercials, promotions, sales, doorbusters and giveaways the past few years, you’re not alone.

The collective desire to shift the focus of the holiday season from one of solely buying the latest gadget to one of also making a difference in the lives of others was the motivation behind the creation of Giving Tuesday. This new post-Thanksgiving theme day encourages participants to donate to the charitable organization of their choice.

The social media-motivated movement began in 2012 and has carried on ever since. This year, Giving Tuesday is on Dec. 2.

Giving Tuesday reserves a whole day for giving, but you don’t have to wait until the Tuesday after Thanksgiving to donate. You can actually integrate your philanthropy into your Black Friday shopping adventure. In addition to traditional holiday charity drives and fundraisers, some stores incorporate giving back in their seasonal sales.

If you’re a member of this undecided population, you may be wondering exactly what cause-related items are typically available and where you can get them. Here’s a brief list of some of the major retailers that made charity a component of their Black Friday campaigns in 2013. You can likely expect them to debut similar campaigns this year.

At the Disney Store, Black Friday 2013 – dubbed Magical Friday – was made up of more than just deals. In addition to plenty of discounts on Disney-related merchandise, Disney offered a special selection of “Share the Magic” gifts designed to benefit the Boys & Girls Clubs of America. With each purchase of select plush toys, ornaments and snow globes in the months of November and December, the store promised to donate $1 – up to $100,000 – to the nonprofit children’s organization.

Macy’s also allowed shoppers to help give to a children’s charity on Black Friday 2013. At this retailer, the recipient of the donations was Make-A-Wish. Beginning at the time doors opened on Black Friday, Macy’s promised to donate $2 – up to $100,000 – for each “Our Moment” One Direction fragrance purchased.

It was a Charlie Brown Christmas season at Kohl’s last year. Store locations sold Peanuts-themed storybooks, plush toys and gifts for $5 each from October through late December. Through the Kohl’s Cares charity branch of the department store, Kohl’s promised that 100% of the net proceeds from purchases would go toward children’s health and education initiatives.

It wasn’t just department stores who got in on the generosity trend. You could even make a difference with your automotive purchase. Throughout the 2013 holiday season, Mazda made a $100 donation to one of four charities for each new Mazda vehicle sold. This promotion lasted through Jan. 2.

If you were more of a Cyber Monday deal finder than a Black Friday bargain hunter last year, Old Navy was the place for charitable shopping. Beginning on Cyber Monday and lasting through Christmas Eve, the retailer asked shoppers to participate in the 10th annual St. Jude Children’s Research Hospital Thanks and Giving campaign. Old Navy customers who made purchases in-store or online during this time period were invited to donate.

Now that you know what to look for, once this year’s Black Friday ads and promotions are released, pay close attention to which stores will be donating a portion of their proceeds to charity.

Give image via Shutterstock