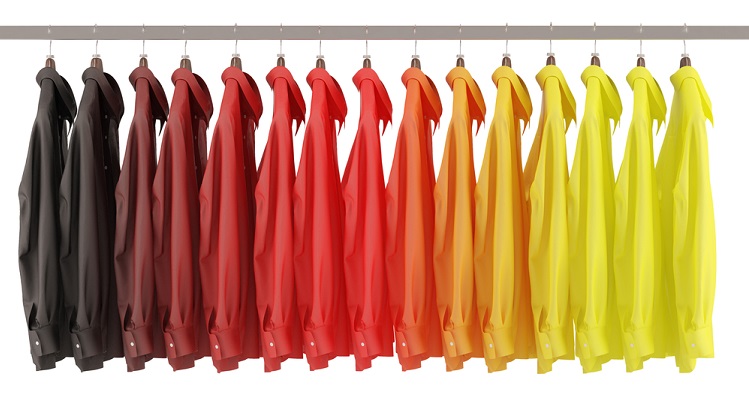 Black Friday isn’t just for new merchandise anymore. As the reach of the shopping holiday expands, even a number of secondhand stores have joined the fray. If you know where to look, you can get great bargains on used clothing, books, video games, electronics and more.

If you set your sights on secondhand clothing, you’ll not only get more bang for your buck, but you’ll also avoid the worst of the Black Friday crowds.

In recent years, well-known secondhand stores Goodwill and the Salvation Army have been advertising major sales on Black Friday. Last year, 19 Goodwill stores across the Dallas-Fort Worth region featured storewide sales of 50%. The same discount was offered by Salvation Army stores in the Tampa and Chicago areas – and probably many more, since most stores don’t list their sales online.

A storewide discount of 50% is an especially impressive deal for a retailer that starts out with low prices. It’s also the perfect opportunity to stock up on originally expensive cold-weather clothes. You’re likely to find quality, hardly worn winter coats – items that tend to be pricey if you buy them new – at prices ranging from $10 to $20. Cut that by half, and you can find your favorite coat for a mere $5 to $10.

This year, make sure to check whether your nearby Goodwill and Salvation Army locations are advertising any sales for Black Friday. Both nonprofit chains have stores around the country, but unlike for-profit retailers, their sales don’t come from the top down. Instead, sales are set by region, so you’ll have to confirm discounts for the stores in your area.

Of course, don’t forget about local independent thrift stores. Take advantage of this handy tool to search for thrift stores near you, and then identify which ones are offering Black Friday markdowns.

Last year, Amazon offered discounted prices on a selection of popular titles, such as “Life: The Day Kennedy Died.” But since Amazon’s collection of used books comes directly from its third-party sellers, no sales extended to used books. Fortunately, bookworms looking for used titles on Black Friday have other options.

With a broad selection of both new and used titles, retailer Half Price Books is certain to offer its annual storewide coupons again this year, guaranteeing an especially low price on used titles that are marked down to begin with. Another source for used books is Powells.com, one of the largest independent online booksellers in the country. By applying an online promotional code, Black Friday shoppers can save on all their book purchases that day, whether new or used. And finally, don’t forget to check out Hastings. During last year’s sale, all used books, manga and graphic novels originally priced at $29.99 or less were marked down to only $2.99.

Why buy a new copy of a video game when a used version is just as good – and cheaper, to boot? Home of all things gaming, retailer GameStop extends its Black Friday discounts to its “pre-owned” selection as well as its new merchandise. Last year, the store offered a range of popular games, including “Halo 3” and titles in the “Assassin’s Creed” series for 50% off their already discounted prices. But the deals didn’t stop there. Used consoles were also marked down. For example, the Nintendo Wii system cost only $49.99 on Black Friday – that’s $20 off its regular pre-owned price of $69.99 and hundreds less than the price of a new product.

But GameStop isn’t the only place for gamers to hit on Black Friday. Last year, shoppers at Hastings could find the store’s entire stock of used video game hardware and accessories at 30% off. You can also find used games and consoles at Half Price Books.

For DVDs, Blu-ray discs and CDs, make sure to check out Hastings and Half Price Books. Both stores featured markdowns of their used collections last year.

At Hastings, used music CDs sold for $3.99, while Blu-rays and DVDs featured an offer of “buy two, get the third for a dollar.” Select popular Blu-ray titles, such as “World War Z” and “Pacific Rim,” sold used for $5.99.

The two coupons offered last year at Half Price Books applied not only to books but also music and movies, which can be found in new and used condition. The 2013 discount offered either 40% off a single item or $15 off a purchase of at least $50.

If you’re looking to stock your home with useful appliances, make sure to check out Overstock’s deals this Black Friday. Last year, the online retailer offered a refurbished KitchenAid 13-cup food processor. The heavy-duty kitchen appliance, usually priced at $200 or higher, cost only $99.99 – an additional 44% off its already discounted price as a refurbished item. The sale also highlighted refurbished Dyson vacuums. Overstock offers a broad selection of refurbished computers, small appliances, kitchenware and furniture, so keep it on your radar this Black Friday when you’re looking for the best deals.

When it comes to refurbished electronics, check out Toys R Us, TigerDirect, Hastings and Fry’s Electronics. Last year’s bargains at these stores included refurbished tablets, GPS devices, HDTVs, Blu-ray players and even laptops.

You don’t have to buy new to get quality items. All refurbished products on Overstock, for example, have to pass a thorough examination, after which they are sanitized and any defects are repaired, the seller says. Products are repackaged by the original manufacturer or a qualified professional to return them to a like-new condition, Overstock says.