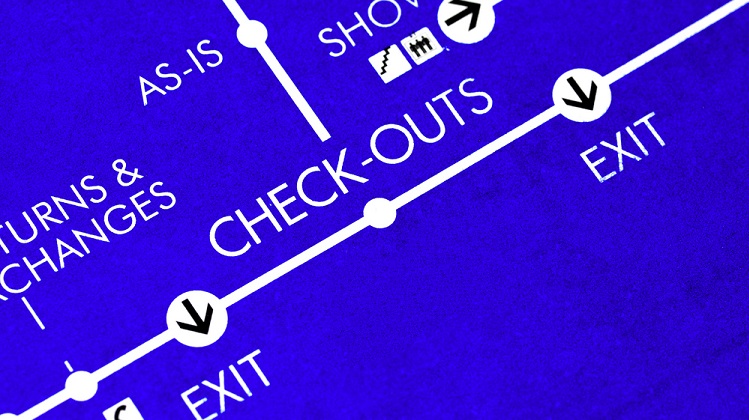 Navigating your way to a Black Friday doorbuster can be an arduous feat. Before you can get your hands on a Black Friday deal, a lot of time, effort, dedication, sacrifice and planning are needed.

But showing up early, securing your spot in line and braving the temperatures are only half of the Black Friday battle. Sure, you know how to get to the store, but do you know what to do once you’re inside?

There’s a solution for the lost and confused Black Friday shopper: Some stores debut store maps detailing the exact location of their Black Friday deals and doorbusters. Maps are sometimes even customized according to individual locations; Walmart, for example, had a specific map last year for each of its stores.

If you’re looking for a secret to Black Friday success, you’ll want to brush up on your directional skills.

What if you’re not sure if you even need a map? Well, just because you’ll be doing your Black Friday shopping at your favorite familiar local retailer, don’t assume you’ll know what to expect come the monumental shopping day. Store configurations can change.

While you’re heading to what you think is the electronics department, you may actually end up on the complete opposite side of the store from that tablet doorbuster you had your heart – and wallet – set on. It’s better to think ahead and be prepared.

You’ll want to get started early. The more time you have to study the map, the better idea you’ll have of how to maneuver around your fellow shoppers, past the departments that lack any substantial deals and onto your goal item.

Start checking for store maps around the same time (or just after) you check for Black Friday ad releases. Last year, Walmart released its store map five days ahead of Black Friday, according to Examiner.com.

Also important to know is which stores you can expect a map release from. For example, in the past, major retailers Macy’s, Walmart and Target shared store maps. You can likely expect them to continue this pattern in 2014.

Besides the official store-released maps, there are other artistic depictions of Black Friday store setups that float around the Internet in the days leading up to the holiday shopping season’s official kickoff. Last year, for example, WKYC-TV released generic maps (not tailored to individual store locations) for retailers such as Dick’s Sporting Goods, Kmart, Lowe’s, Sears and Staples. These diagrams were complete with arrows pointing you to the best deal spots. Do some cyber research for similar charts again this year.

No matter where you find your map of choice, don’t forget to print it out and bring a copy with you when you hit the stores.

If you prefer a map on your phone over a printed copy, head to your smartphone’s app store and start downloading. Many retailers include Black Friday features in their official store apps, and sometimes these features include store maps.

Black Friday powerhouse retailers Walmart and Macy’s have done this in previous years. Walmart’s app even boasted a “Store Mode,” which not only included an interactive map, but also gave shoppers the ability to select a product, see its price, read a description of it and view its location in the store.

Finally, once you get a copy of a map – whether in digital or print form – spend some time studying it.

If 2014’s Black Friday store maps are anything like the ones released in previous years, they’ll likely include a rendering of the store complete with department labels and must-have items plotted according to number. Your job is to match your dream doorbuster in the retailer’s ad to its physical location.

To do this, you’ll want to search the map’s key, locate the item(s) you want, use these numbers to pinpoint their location within the store (including what department they’re in) and finally, calculate the shortest possible route to your destinations.