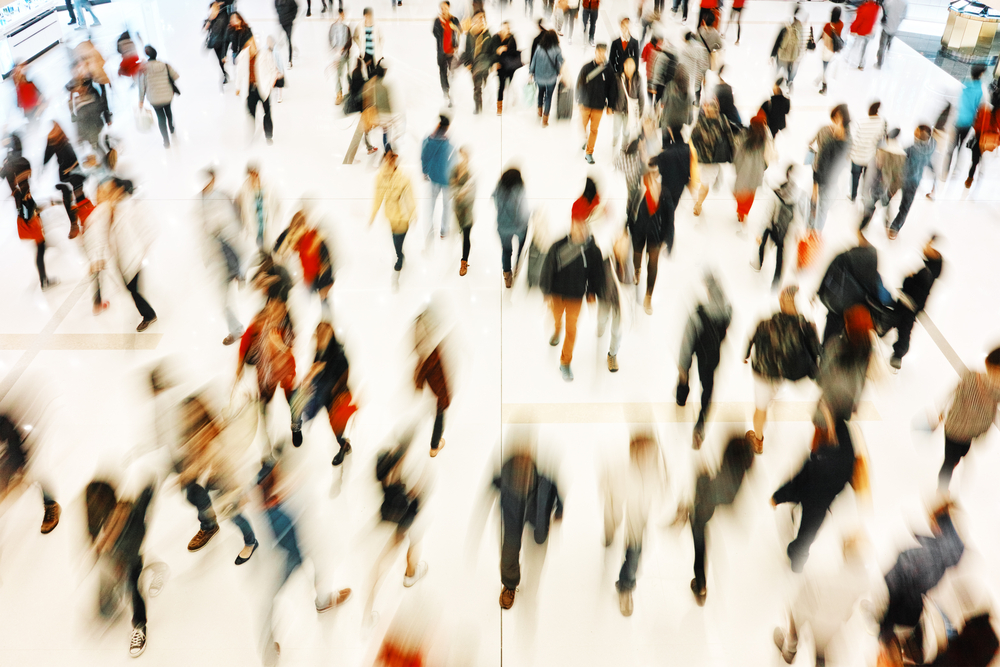 Each year, millions of Americans head for retail stores to take part in that famed post-Thanksgiving shopping extravaganza—Black Friday—with some even cutting their holiday short to get a jump on the seasonal deals.

Maybe they shouldn’t bother. According to a new study by NerdWallet, the long-held idea that the day after Thanksgiving is the best day of the year for sales, with unprecedented deals there for the taking, is wrong. And, according to a recent online survey commissioned by NerdWallet and conducted by Harris Poll, 77% of Americans say they typically shop on Black Friday (or the evening before), and middle-class families will take longer to pay off their purchases than either lower-income families or wealthy earners will.

NerdWallet examined how the holiday season will affect consumers financially and how Black Friday offers more of the same deals that consumers have already seen.

Middle-class families will take longer to pay off debt incurred during the holiday season than some other income groups will:

“Those who spend more in an effort to ‘keep up’ end up paying the price later,” says Matthew Ong, senior retail analyst at NerdWallet and lead analyst on the study. “Middle-class households could end up in a risky position this holiday season if they have ample credit to make purchases but incomes too thin to comfortably pay the bills later.”

Americans are tricked into believing they’re getting the best deals

If you think Black Friday sale prices are incredible, one-time-only deals, think again. NerdWallet looked at 27 Black Friday ads available at the time of this analysis, in addition to numerous other 2014 sales, and found:

“When you walk into a store on Black Friday, you can’t have the mindset that everything you see will be a good deal,” says Ong. “Sure, there are a handful of impressive Black Friday deals this year, but many big-name retailers are essentially serving up the same products at the same prices year after year. That’s not exciting for consumers.”

Repeated deals aren’t only disappointing; they’re also problematic. If you’ll be paying the exact same price for the exact same item this year as you would have last year, that means you’ll be taking home a year-old product for the same amount of money. This isn’t an issue for consumers on products such as Christmas trees or luggage, but on electronics or appliances, these carryover deals aren’t good buys.

In one example, Office Depot is selling the Brother Digital Color Wireless Laser MFC9340CDW printer for $349.97 on Black Friday this year, down from the regular price of $449.97. This discount seems impressive, until shoppers realize that Office Depot was selling the exact same printer for $349.98—effectively the same price—on Black Friday 2013. Although consumers might expect advances in printer technology to make older models less expensive, Office Depot will not be selling this printer for any cheaper this year. Check out the ad from 2013 on the left and the one from 2014 on the right: We also found Kmart is advertising a Craftsman 2-¼-ton floor jack with stands for $49.99, as part of the retailer’s upcoming three-day Black Friday sale. The ad even boasts that the product will be sold for its “lowest price ever.”

But in a side-by-side comparison with a recent Kmart ad, it’s clear that the floor jack was available for the exact same price between Nov. 9 and Nov. 15.

A similar sort of duplicate sale is taking place at Ace Hardware as well. The DeWalt 18 Volt Cordless Impact Driver shown below has in fact been available for $89.99 all this month as part of the store’s “Big November Savings” promotion.

Prices aren’t always as they appear

Some retailers inflate the original price of an item to make the discounted price appear more appealing. Additionally, instead of comparing the Black Friday sale price to what it was selling for before the day, some stores will cite the manufacturer’s suggested retail price, or MSRP, which is often higher.

What does this look like in practice? On Black Friday this year, Sears will be selling the Samsung 55-inch 1080p 120Hz Smart LED HDTV for $599.99. The store’s ad presents this as a significant markdown from the original price of $1,199.99. But a quick check of the Sears website in early November revealed that the same TV was being sold for $807.49 in the weeks leading up to Black Friday. Thus, shoppers are actually getting a discount of $207.50, not $600. That’s still something, but perhaps not a deal you’d be crazy to pass up. Or take the Cuisinart 10-Cup Thermal Coffee Maker at JCPenney. The Black Friday sale price of $69.99 is juxtaposed with a regular price of $180.00, but the retailer was selling the coffee maker for $99.99 in early November.

This year, too, Sears is advertising a variety of Kenmore kitchen appliances—the 12-cup programmable coffeemaker, four-slice toaster, four-slice digital toaster oven and six-speed blender—for a low price of $19.99 each. What’s the catch? This price includes a $30 mail-in rebate, which means that if you decide to swipe your plastic on Black Friday you’ll be immediately stuck with $49.99 on your credit card and your discount likely weeks away.

Similarly, the KitchenAid Artisan Series five-quart stand mixer is listed for $299.99 in the Sears Black Friday ad. But if you purchase this mixer on Nov. 28, be prepared to pay the product’s $349.99 sale price. You won’t get the $50 difference back unless you complete the mail-in rebate.

How men and women are shopping this holiday season

Men appear to be the more opportunistic shoppers compared to women:

Men also appear to be more engaged shoppers on Black Friday and during the holiday season:

While women appear to be more conservative with holiday shopping:

How consumers can get the best deals

While some retailers repeated more than one item at the same price in both their 2013 and 2014 ads, we chose to list only one item per store in order to keep our data presentation straightforward.

For the Holiday Shopping Survey portion of this NerdWallet study, see below:

This survey was conducted online within the United States between November 3-5, 2014, among 2,013 adults (ages 18 and over) by Harris Poll on behalf of NerdWallet via its Quick Query omnibus product. Figures for age, sex, race/ethnicity, education, region and household income were weighted where necessary to bring them into line with their actual proportions in the population. Propensity score weighting was used to adjust for respondents’ propensity to be online.

All sample surveys and polls, whether or not they use probability sampling, are subject to multiple sources of error which are most often not possible to quantify or estimate, including sampling error, coverage error, error associated with nonresponse, error associated with question wording and response options, and post-survey weighting and adjustments. Therefore, the words “margin of error” are avoided as they are misleading. All that can be calculated are different possible sampling errors with different probabilities for pure, unweighted, random samples with 100% response rates. These are only theoretical because no published polls come close to this ideal.

Crowd of shoppers image via Shutterstock.