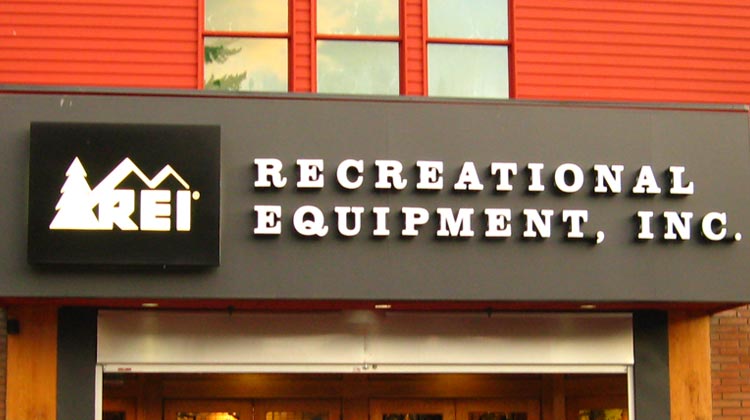 NerdWallet gives you the deals and steals of Black Friday ads so you can prepare for the biggest shopping day of the year. If you don’t yet see your favorite retailer, check again soon!

The ad has not yet arrived, but we will be sure to add it once it does!

More details for the REI Best Black Friday Deals 2013 will be coming soon!

Looking back at the best REI Black Friday deals from 2012, the national outdoor gear retailer REI opened its doors at the reasonable hour of 8am Black Friday morning and held its sale all day.  But customers didn’t even have to go to the store to get the best deals of REI’s Black Friday! The sale was online too, earlier than 8am and went until 11:59pm Friday.

REI’s 2012 ad was simple, yet effective: 50% off on all REI-brand Outerwear, for men, women, and kids. The discount was based on original prices, not previous price reductions, and the offer did not include any special or previous offers. In addition to the widespread deal, all orders had free shipping with no minimum if bought that day. One of the benefits of REI, its full name Recreational Equipment, Inc., is its one-year warranty on all its products, except those purchased from REI-Outlet, which have a 30-day window instead.

The categories for the outerwear included men’s and women’s clothing, boots, shoes, & slippers, socks, jackets, kids’ gear & footwear, cycling clothing, hats, and gloves. In particular for Black Friday 2012, downhill skiing and snowboarding gear also had deals. For skiing, the Salomon Quest Access X55 Women’s Ski Boots had the price of $239.99 and the Rossignol Scimitar Xelium Skis with Bindings for Juniors came to $156.99.

For snowboards and associated gear, the Arbor Cascade Snowboard had the price of $419.99, as compared to other snowboards that ranged into the $800 price class. The Vans Encore Snowboard Boots for both men and women went for $159.99 and the Union Mini Flite Snowboard Bindings for Kids were less than $100, at $86.99.

In addition to the Black Friday sale, REI had a 30% offer through the weekend, ending November 26, 2012, for an assortment of outdoor sporting goods like ski and snowboard equipment. The sale tailored toward the winter months and so left more summer-related equipment, such as camping supplies, out of its advertised line-up. Granted, the store itself does not contain the cheapest equipment, the products offered throughout the year have a durable quality to them perfect for enduring the elements, whether intense snowfall or desert conditions.

As far as the results for REI, there were no bad news about its Black Friday turnout, but the overall year proved less favorable. While the outdoor gear retailer made $1.93 billion in revenue for 2012, it saw profits decline at about 4% for the fiscal year.

This news has not yet arrived, but in the meantime, check the Black Friday Store Hours page!