If technology is moving in the direction of voice-activation and waterproofing (Apple’s latest smartwatch has both), adventure camera giant GoPro is right on track. The company just unveiled a pair of waterproof, voice-controlled cameras that promise to be the best yet from the brand. 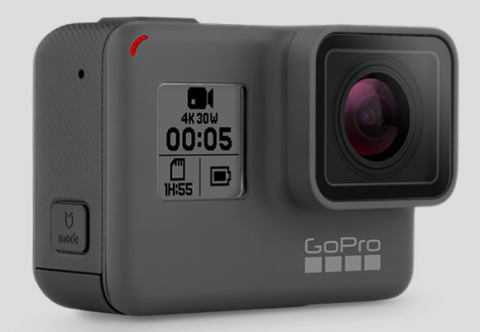 In traditional GoPro style, both Hero5 models are portable action cameras that can fit in your hand or attach to an accessory mount. The Hero5 Session is a smaller version of the Hero5 Black. Think of it as the younger sibling of the two.

The Hero5 Black is equipped with a two-inch touch-screen display, allowing adventurists to preview images and trim video recordings right on the device itself. At first glance, you’ll notice the Hero5 Session does not have such a display, so users won’t have the previewing capability. Both cameras are compatible with the GoPro App, which is free on iOS and Android, and both have a feature that automatically uploads images and videos to the cloud.

And if you want to keep track of where you took all of those awe-inspiring pictures, the Hero5 Black can do that, too. Unlike the Session, the Black has GPS functionality, allowing it to tell you just where you got that perfect shot. 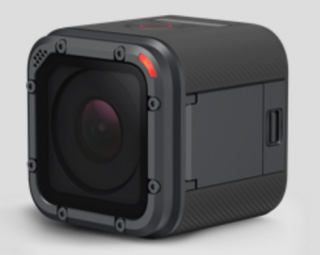 Capturing footage with the Hero5 is as easy as the press of a button or the sound of your voice.

That’s right, both cameras respond to spoken cues. For instance, users can say, “GoPro start recording” or “GoPro take a picture” instead of pushing a button. This voice-control functionality allows you to capture that perfect moment, even when your hands are tied up. If you’d prefer not to use your voice, each GoPro 5 also has one-button control. Press the shutter button one time to power up and begin recording, all in one action.

And unlike previous models, the GoPro Hero5 can go from above ground to under water without any special housing required. Both versions are waterproof up to 33 feet (10 meters) on their own.

Given the price points, it would be smart to make your purchase with a cash-back card that has a high rewards rate. That way you can maximize your potential savings, even if you aren’t able to find your camera on sale.

Which way to go?

So, which GoPro is the better choice for you? The GoPro Hero5 Black is the best of the best in this battle. It has everything the Session has, and then some. Its biggest assets are its touch-screen display, larger size and location GPS capture. For a comprehensive photo- and video-taking experience, go for this model.

But if all you really care about is waterproofing and voice commands, save $100 and get the Hero5 Session instead.