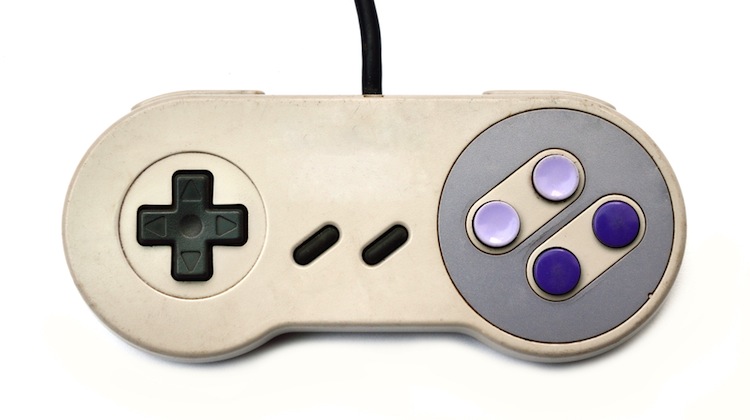 Whether raiding tombs, raiding island strongholds, hitting coin blocks or punching Aquaman in the face is your thing, today’s gaming deals roundup has got you covered.

Lara Croft’s return from Celebrity Rehab killed it with critics, with its breathless and high adventure, Uncharted-like take on the source material. The game catches Lara in her callow youth – long before she blossoms into an impervious, dual pistol-wielding chasm jumper – when she is stranded in the wilderness and forced to scrap for survival. Scoring the lengthy, engrossing game for $9 feels like plundering treasure from a lost cavern.

While the PlayStation 4 and Xbox One versions, blessed with better graphics and frame rates, aren’t a part of this deal, the game is half off on all other systems, so those who have yet to take the next-gen plunge should make a booty call to this port. The buccaneer-themed adventure lets you live the life of a Pirate of the Caribbean, capturing ships, plundering islands and unraveling centuries-old mysteries. Multiplayer is the strongest it’s ever been in the series, and the campaign naval battles are consistently invigorating.

The best-reviewed game for Nintendo’s struggling console has been hit by a Goomba and shrunk down to size, rewarding holdouts who hoped to snatch up the game at a discount. Blending the sensibilities of the 3DS stunner Super Mario 3D Land with the Wii’s Super Mario Galaxy, the platformer adds a feline ability-granting power-up to the mix, as well as four-player co-op, and lets you run wild. While the game would have been even cooler with online multiplayer, there’s much to be said about the joys of elbowing friends and family sitting next to you on the couch for screwing up your speed run.

The under-the-radar role-playing game is a cult gem, garnering breathless raves from the likes of Gaming Age. Nintendo’s behind-the-times eShop isn’t known for cutting sweet deals, but it certainly gets the job done here, offering up the odyssey at an untold half-off discount. You take a first-person perspective as you maraud your way through this dungeon-crawler, picking up items, upgrading your abilities and discovering muddled lore along the way.

Injustice: Gods Among Us – Ultimate Edition (Steam) $20 on GameStop, regularly $50

Settling decades-old schoolyard arguments once and for all, this DC Comics-themed fighter lets you slug it out as the likes of Superman, Batman, the Joker, Bane and sundry other second-stringers in the orbiting galaxies. The Ultimate Edition rounds up all the downloadable characters and missions that were sold piecemeal after the game came out last year. Even if you already own the original, the re-buy makes sense, given that the cost of the DLC would far exceed this discounted purchase price. If you’re into fighters and haven’t picked up this game, a steal that would make Catwoman envious awaits you.