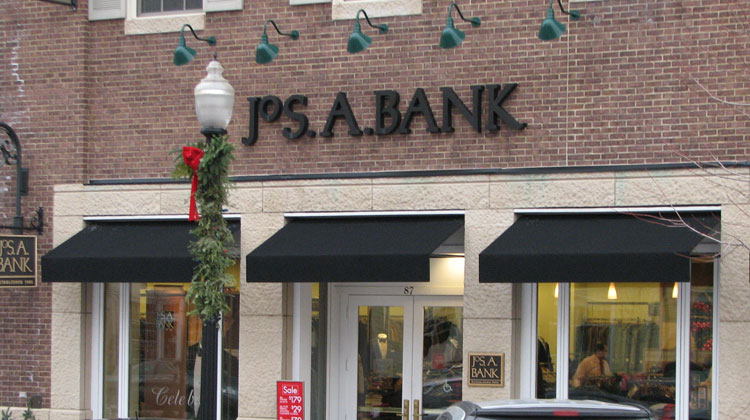 NerdWallet peruses and highlights the deals of the Black Friday ads of the season. If you haven’t seen your favorite store’s ad yet, fear not! It will be here soon! For year-round coupons and deals, too, check out NerdWallet’s DealFinder tool.

Come back soon: Menswear retailer Jos. A. Bank hasn’t leaked its deals for this year’s Black Friday sales (yet). But take a look at last year’s discounts for a possible preview:

Jos. A. Bank had impressive specials on items that would fit well into many men’s wardrobes, no matter the occasion. Here are some of the deals and discounts that stood out the most in the one-page ad. Note that these spectacular prices applied to the entire stock of each respective category:

Last year’s showing was Jos. A. Bank’s largest and most diverse selection of Black Friday deals to date, according to R. Neal Black, the company’s president and CEO. Jos. A. Bank seemed to fare well on Black Friday 2013. In early December – shortly after the Black Friday frenzy was over – Businessweek reported that a strong turnout on the busiest shopping day of the season had helped the menswear retailer’s shares reach $57. At the time, this was $2 more per share than competitor Men’s Warehouse.

Searching for more dressy deals? Check out other apparel and accessory retailers, such as Tommy Hilfiger, Macy’s and JCPenney. For a full list of 2014 Black Friday ad scans, check out NerdWallet’s Black Friday ad leaks page.