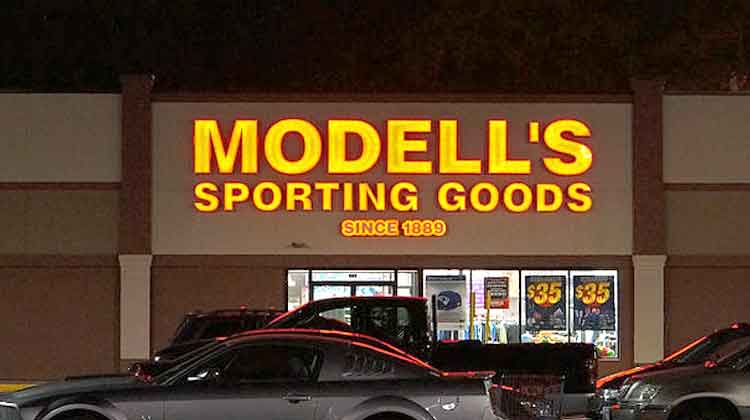 NerdWallet collects the deals and races the clock to bring you the Black Friday ads this season before the holidays begin! If you don’t see your favorite store yet, check back for more soon! For year-round coupons and deals, too, check out NerdWallet’s DealFinder tool.

Retailer Modell’s Sporting Goods has released its Black Friday ad! Take a look at this year’s sporting goods deals in the following ad:

Modell’s Sporting Goods sells all the essential apparel, footwear and accessories for team and individual sports. Additionally, Modell’s offers expansive product collections for fans of practically every major professional sports team, from baseball to hockey. The East Coast-based chain is family-owned and operated.

First up were the Thursday Nite Owls. These specials were offered from 8 p.m. Thanksgiving until 1 a.m. Black Friday. They included:

Next came the Friday Early Birds. These discounts were available from 6 a.m. to 3 p.m. Black Friday. Standout price cuts included:

Finally, there were 2-Day Deals. These were discounted all day on Black Friday and the following Saturday.

There were coupons, too. The four in-ad coupons were 35% off any one regular price licensed, sporting goods, footwear and Columbia or ZeroXposur Outerwear item. These coupons were valid from 8 p.m. on Thanksgiving to 11 a.m. on Black Friday.

When looking at Modell’s 2013 Black Friday deals, note that some doorbusters had a limit of two items per customer. Nonetheless, the savings opportunities were still appealing. The retailer did appear to have a smaller quantity of featured products than did competitor Dick’s Sporting Goods, but the deals were equally valuable. For example, both sporting goods stores offered Adidas hoodies for 50% off.

Modell’s Sporting Goods had been gearing up to make the 2013 Black Friday experience rewarding for customers. Just ahead of this seasonal shopping extravaganza, Modell’s implemented a new eCommerce platform, which allowed the business to add thousands of products to its online storefront.