Apple has revamped its MacBook Pro line just in time to commemorate the Mac’s 25th anniversary. The sleek new laptops will seem familiar to existing users, but they introduce a few fresh features, like the interactive Touch Bar.

We’ve compared the new MacBook Pro with the previous generation 2015 MacBook Pro to help you decide which is the better option for you.

The computers: At a glance 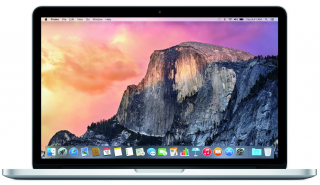 The two generations of laptops look virtually the same. Both are made of aluminum and come in 13- and 15-inch versions. The new MacBook Pro, however, is a smidge smaller. For example, the 13-inch model weighs about half a pound less than the previous generation at 3.02 pounds, and it’s 17% thinner, according to Apple. This thinner design is coupled with a new fan system to help the computer run cooler.

Both generations have stunning Retina displays with the same resolution, although Apple says the new Pro’s is “the best ever in a MacBook.” It’s brighter and can display 25% more colors than the 2015 version.

The MacBook’s connection ports have also changed with the revamp. USB-C ports, known as Apple’s Thunderbolt 3, have replaced each of the 2015 models’ ports, including USB 3 and HDMI. You can use these new ports to charge devices or vice versa, complete faster data transfers and support a 5K display. But there’s a catch: You’ll have to buy adapters separately for older devices.

Each generation’s laptops are available in silver. The most recent Pros also come in space gray.

Some capabilities overlap between the two generations. Each MacBook Pro has a 720p FaceTime HD camera and a battery life of up to 10 hours, for instance.

But the latest MacBook Pro has a couple of new features that the previous generation lacks. It’s equipped with Siri and louder, more dynamic speakers. It has a faster processor as well as better graphics and flash storage to improve gaming, video editing and other tasks. And it has a more responsive keyboard and a larger, more capable Force Touch trackpad.

The standout addition to the MacBook Pro series is the Touch Bar. Here’s a closer look: 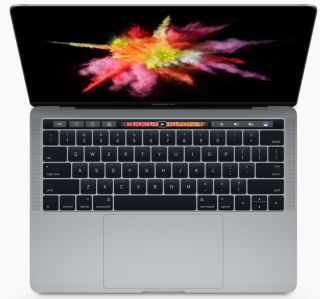 The Touch Bar is a touch-screen Retina display strip that replaces the standard function keys at the top of the computer’s keyboard. This is designed to make shortcuts, navigation and controls like volume and brightness easier to use.

Thanks to this feature, the Pro now offers Touch ID, which uses the power button to read your fingerprint so you can make Apple Pay purchases and log in quickly and securely.

The new 13-inch model sans Touch Bar is available for purchase. You can preorder the Touch Bar versions, but they won’t ship for a few more weeks.

Although the relaunched MacBook Pro line isn’t exactly groundbreaking, it does offer some appealing upgrades. The new Pro is the logical choice for loyal Apple fans who want the most up-to-date performance and display, plus features that provide a better user experience, like the Touch Bar.

But a Touch Bar-enabled version will set you back $400 or $500 more than a 2015 Pro. On top of that, you’ll have to spend money on adapters to connect peripheral devices, like mice or monitors, to the Mac’s new Thunderbolt 3 ports.

Casual users might want to opt for a previous generation MacBook Pro, which offers strong performance at a lower price.

Powerbeats3 Wireless vs. Powerbeats2 Wireless
iPad Air vs. Kindle Fire: Which tablet is right for you?
Google Home vs. Amazon Echo: Smart speakers that listen