Virtual reality headsets provide an escape from reality, but purchasing one of these devices is a real decision — and a potentially expensive one.

If you’re a newbie to the virtual reality space, you’ll want to do some research before you strap on a pricey headset that transports you into your favorite video game or movie.

Here’s a beginner’s guide to the basic differences between two of the hottest ones on the market: the Oculus Rift and the Samsung Gear VR. 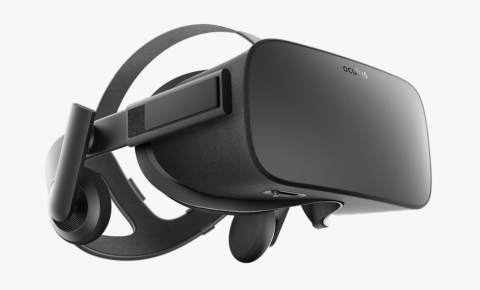 Oculus calls the Rift a “next-generation virtual reality” headset. It’s like a big black pair of glasses that you strap over your eyes and around your head. Instead of lenses, the Rift offers an enclosed space where users interact with games and movies.

The standard set comes with the Rift headset, a sensor to translate user movements into virtual reality, a remote, cables, an Xbox One controller for navigation and the “Lucky’s Tale” game. You use the Oculus Rift with a PC, but can stream certain Xbox games to the Rift.

Users can join Oculus Home, a virtual community where they choose from a variety of games, make new friends and compete against other players. Rift-compatible games include a wide assortment of themes, from horror and racing to puzzle and strategy. The selection can be found in the Rift Arcade.

But the Rift isn’t ready to use right out of the box. The minimum specifications indicate you’ll need a PC with the Windows 8.1 or newer operating system, among other requirements. You can run the Rift compatibility tool for Windows on Oculus’ website to see if your PC is up to snuff. The brand also has put together a selection of Oculus-ready PCs and sells PC bundles from retail partners including Amazon, Best Buy and Microsoft.

Additional accessories are sold separately, such as the in-ear Oculus Earphones ($49) for an enhanced audio experience and handheld Touch Controllers ($199) for more natural movements within games.

The Oculus Rift starts at $599 on the Oculus website. It’s available at Amazon, too, with free shipping.

The Gear VR is intended to deliver virtual reality “anytime, anywhere.” You snap your smartphone into the headset that’s worn over your eyes and around your head. Attach your phone via a micro-USB connection and you’ll be ready to play.

You can play games, watch movies or view apps such as Netflix and Hulu (which may require a subscription) on the Gear VR. You’ll also have access to Oculus Home. Perhaps the biggest draw of this set is its portability — no PC required. Use your head movements to navigate through games.

The Gear VR starts at $99.99 on the Samsung website. It’s available at Amazon, too, with free shipping.

If you want a more immersive experience with the option to buy additional enhancements, the Oculus Rift is a top-of-the-line choice. But if you already own a compatible Samsung smartphone, the Gear VR is a natural fit. It’s much more affordable and portable.

No matter the choice, you’ll likely end up paying more than the cost of the basic headset. Virtual reality systems can be an investment. We recommend making your electronics purchases with a rewards credit card to earn cash back on your order.

Still not sure? Check out the Oculus demo locator to find a location near you to try out the Rift.