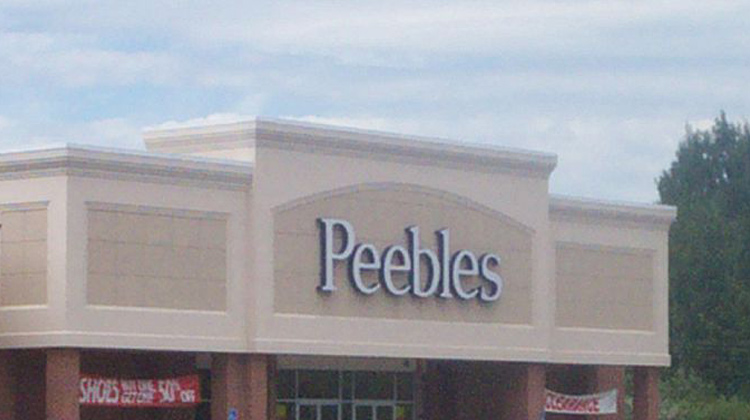 NerdWallet continues to bring you the latest Black Friday ad scan leaks of the 2014 holiday season. Don’t head to the lines until you’ve checked out the best deals retailers have to offer! For year-round coupons and deals, too, check out NerdWallet’s DealFinder tool.

Want to grab the ad for this year’s Black Friday sales and deals at Peebles? Check out the 48-page ad scan from Peebles below!

With locations in the East and upper Midwest, department store Peebles offers a broad inventory of merchandise, including clothing for the whole family, toys, home supplies and jewelry.

Last year the store joined other retailers like Best Buy and Walmart in kicking off the shopping holiday early, with doors opening on Thanksgiving. The sale began at 6 p.m. and doors stayed open until 1 a.m. Friday. Early-bird shoppers who managed to make it to the front of the line enjoyed a special prize. The first 50 customers received scratcher cards with values ranging from $10 to $100. Of the 50 cards, 48 were worth $10, one was worth $50 and one was worth $100.

Although the sale lasted until the end of the day Friday, doorbuster prices were available only until 1 p.m. After that, the discounts decreased but many products’ prices were still lower than usual.

For online shoppers, doorbusters were available all day Thanksgiving, as well as until 1 p.m. Black Friday.

In the shoe department, boots featured among the bargains. The entire stock of girls’ boots was marked down to $14.99, while select “must-have” women’s boots were only $29.99. Even better, women’s Rampage boots sold for merely $19.99 (compared with their original price of $68 to $75). Women’s and men’s athletic shoes cost only $19.99, including Avia, Fila and U.S. Polo Assn. brands.

In the women’s clothing department, Peebles offered 50% off fashion ruanas (regularly $54) and cold-weather coordinates, including head wraps, scarves and gloves (regularly $16-$36). The store’s entire stock of fashion bras and panties cost $9.99, while famous-maker bras and panties sold for only $14.99. Rebecca Malone mock-neck tees sold for only $5.99, compared with their regular price of $18. Furthermore, women’s and petites’ sportswear was 60% off. All dresses for misses and juniors were offered in a buy-one-get-one-free deal.

When it came to the children’s department, 60 was the magic number. All kinds of clothing, from tops, activewear and sleepwear to holiday sets and dresses, were marked down 60%.

Jewelry was another great choice for discounts. The store’s entire stock of fine jewelry was marked 75% off, and diamond necklaces and bracelets usually priced at $200 sold for only $39.99.

In the electronics department, Peebles offered some impressively low prices, although not on top-brand items:

In the toy department, remote-control toys were marked down 60%, and the purchase of an As Seen on TV toy came with a second item free. Furthermore, Fisher-Price, Hasbro and Mattel toys were discounted from $9.99 to $4.99.

For the kitchen and home, small appliances from Kitchen Selectives cost only $9.99 (regularly $20), and shoppers could get 70% off holiday décor and trim by using a bonus coupon.