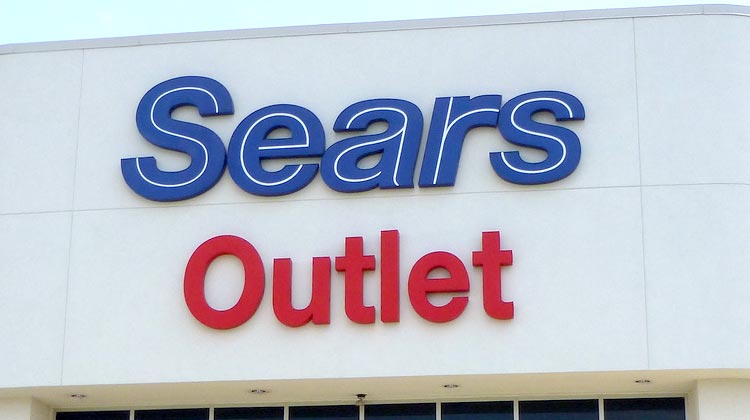 NerdWallet brings you the deals and steals of the Black Friday ads for this upcoming shopping holiday. If you don’t yet see your favorite retailer, check back again soon! For year-round coupons and deals, too, check out NerdWallet’s DealFinder tool.

The Black Friday ad from Sears Outlet is out! Cruise the aisles of this year’s shopping spree at the outlet store with the eight-page ad scan below:

In 2013, Sears Outlet celebrated Black Friday with an eight-page ad. The red-and-green-themed ad highlighted deals on a wide variety of items, from couches to tool sets. The store opened its doors to the masses at 7 p.m. Thanksgiving. Doors closed at midnight and reopened at 6 a.m. Black Friday. This made for two fantastic days of sales.

Some of the best Sears Outlet 2013 Black Friday deals:

Plus, seasonal savings were spread across every category. For shoppers who weren’t in the market for large purchases, there were discounts on gift items. All winter hats, gloves and scarves were just $2 each, perfect for stocking stuffers. The selection of gifts for less than $9.99 included a Rawlings official leather football or basketball, Coosh stereo headphones and a Toolrich steel-blade shop clock. Gifts for less than $19.99 included a Proctor Silex 12-cup black coffee maker and a licensed Transformers bank alarm clock.

It’s important to note that deals at Sears Outlet continued in the week after Black Friday. However, prices on all featured products increased after 9 p.m. Friday.

Like what you see? Look for more deals from retailers similar to Sears Outlet, such as Target, Sears, Kohl’s and Bed Bath & Beyond. For a full list of 2014 Black Friday ad scans, check out NerdWallet’s Black Friday ad leaks page.