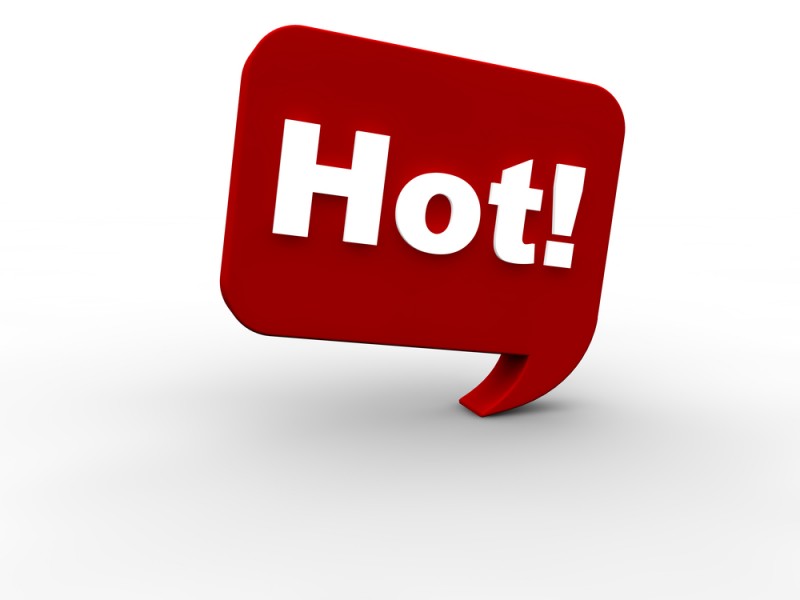 From tablets to video games, there’s a lot to look forward to in the remainder of 2014. NerdWallet Shopping and DealFinder have rounded up the top products slated for release over the next few months. You’ll want to mark your calendar for the debuts of these 10 gadgets, gizmos and gifts.

What it is: The iPhone 6 and 6 Plus are now here, but that doesn’t mean Apple is done with announcements for 2014. It’s unclear right now what to expect as far as new Apple products, but speculations about revamped iPads are swirling. TechCrunch is reporting a possible thinner and lighter iPad Air as well as a larger, 12.9-inch iPad.

When to get it: It is expected that Apple will reveal the new iPads at a product launch on Oct. 21. They’ll likely be available for purchase sometime shortly afterward. What it is: Techies have been yearning for a new Google tablet and soon they may have their wish. A new Google Nexus, presumably called the Nexus 9, is on the horizon. The device is rumored to feature a 9-inch full HD display, a Bluetooth keyboard and 16GB of internal storage.

When to get it: The tablet may be launched at the HTC “Double Exposure” press gathering on Oct. 8, according to Business Insider. Other rumors predict the unveiling for Oct. 16.

What it is: The GoPro Hero 4 is the newest version of the popular GoPro line of action and adventure cameras. This advanced camera, an improvement from the GoPro Hero 3, is anticipated to be able to capture 4K resolution videos. It will also likely boast a flat lens, waterproofing and an increased frame rate capture for better quality images, and it’s believed to be priced at $340.

When to get it: According to most reports, the GoPro Hero 4 will become available sometime in October. There are some predictions, however, that its release could be pushed back to early 2015.

What it is: The new phablet (smartphone/tablet) from Samsung is the Galaxy Note 4. While the 5.7-inch screen is the same size as the Galaxy Note 3, this new phone will come with a higher resolution screen and improved camera. Additional features include an S Pen stylus for writing on the screen and a light-adjusting feature, called an adaptive display, that acclimates to your surroundings.

When to get it: The Samsung Galaxy Note 4 is available now for presale from a number of major carriers, such as AT&T, Verizon and T-Mobile, but won’t start shipping until mid-October. Expect the device in stores in mid- to late October. What it is: If you’re a BlackBerry fan, it’s likely that the newest innovation of the phone won’t disappoint. The BlackBerry Passport is an upcoming smartphone that includes a 4.5-inch screen, a physical QWERTY keyboard and a touchpad. Perhaps most notable is the fact that the display screen is completely square. The Passport is currently listed at $600.

When to get it: The BlackBerry Passport is expected to arrive at the end of September. What it is: The HP Stream Notebook is a 14-inch cloud-connected Windows PC laptop. The Stream has 2GB of RAM and 32GB of internal storage. This laptop, which will be sold in a variety of bright colors, starts at $299. Purchase this device and you’ll also get 100GB of free OneDrive cloud storage from Microsoft for two years.

When to get it: You should be able to get your hands on the HP Stream Notebook at the end of September. To be the first to know when it becomes available, register your email address on the official HP website.

What it is: Battle against simulated terrorist forces in the soon-to-be released Call of Duty: Advanced Warfare videogame. The first-person shooter game will be available for play on Xbox One, Xbox 360, PlayStation 4, PlayStation 3 and PC. For die-hard gamers, the Call of Duty: Advanced Warfare Day Zero Edition will include 24-hour early access to the game, two custom weapons and an advanced arsenal.

When to get it: Release date is Nov. 4; the game is now available for preorder.

What it is: Videogame fans can collectively rejoice at the upcoming release of the highly anticipated Super Smash Bros. video game. The fighting game is a supercollision of several Nintendo storylines and will feature a handful of popular game characters, including Pac-Man, Yoshi, Diddy Kong, Zelda, Sonic, Mario, Luigi and Pikachu, among others.

When to get it: Super Smash Bros. for Nintendo 3DS will launch on Oct. 3. The Wii U version of the game should be available sometime this holiday season. Both are available now for preorder. What it is: You probably haven’t heard of it yet, but soon you’ll know all about Drop, an iPad-connected kitchen scale. Used in conjunction with its corresponding recipe app, it becomes a kitchen assistant. Drop is capable of rescaling ingredient quantities and offering cooking tips, and you can share your tasty results via social media.

When to get it: You can pre-order the Drop now for $80, a 20% discount from the expected $99 retail price. The scale is anticipated to begin shipping sometime this fall. An Android version is expected in 2015. What it is: You can link practically anything to your smartphone these days. Soon you’ll be able to add your toothbrush to that list. The upcoming Oral-B Smart Series Electric Toothbrush with Bluetooth 4.0 connectivity allows you to monitor and record your brushing activity via a corresponding phone app. Modify your brushing behaviors with a timer, pressure sensor and flossing reminder.

When to get it: The Oral-B Smart Series Electric Toothbrush with Bluetooth 4.0 connectivity is available now in the U.K., with worldwide release expected sometime this fall.