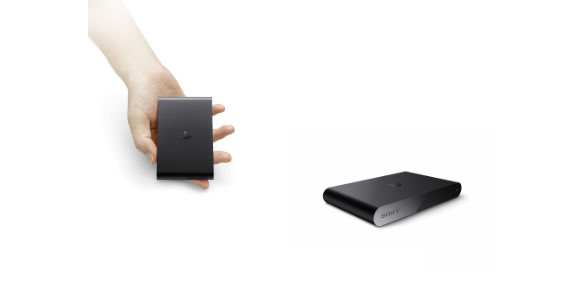 Just ahead of the holidays, Sony is slated to release its PlayStation TV on Oct. 14. NerdWallet Shopping and DealFinder are here to tell you everything you need to know about the most anticipated gaming release of the season.

PlayStation TV is the latest addition to Sony’s line of cutting-edge video game products. Judging by the consumer anticipation, PlayStation TV is set to become one of the hottest items on this year’s holiday shopping list.

This soon-to-be must-have device is a set-top box that can fit in the palm of your hand. Connect it to your TV for hours of endless play from hundreds of game titles. According to PlayStation, it’s a small platform with a big PlayStation heart.

The stand-alone PS TV system will cost $99.99, while the bundle version — which includes a Dualshock 3 Wireless Controller, 8GB memory card and “The LEGO Movie Videogame” — will sell for $139.99. For a limited time, Wal-Mart will be offering the PS TV Bundle plus the “Sly Cooper: Thieves in Time” video game for $139.99.

PS TV appeals to classic and modern video game fans alike. The new device will offer something for followers of nearly every popular franchise. Well-known games, such as “Rayman Origins,” “Persona 4 Golden,” “Metal Gear Solid,” “Borderlands 2” and “Adventure Time: The Secret of the Nameless Kingdom,” are already scheduled for instant accessibility with the system’s release. Plus, according to the PlayStation Blog, new titles will continue to be added to the library. Don’t dismay, “Minecraft” fans, your favorite game will be available for play soon, too.

Who else besides the die-hard gamer will want a new PS TV in their home? Busy families. With this new system, you can forget about ever fighting over TV space again. If you already own a PS4 device, the PS TV’s Remote Play feature will allow you to transfer a game you are playing on a PS4 console to another TV in the house. That means you’ll be able to see your video game in the living room and the bedroom at the same time.

What makes it different?

How is the PS TV different from its competitors — such as the Xbox One, Nintendo Wii U and Apple TV?

First, the games set this device apart: On the day of PS TV’s launch, nearly 700 games will be available. This is more than the number of games available for the Nintendo Wii U or the Xbox One, and more than Apple TV, too. And when it comes to size, this expansive PlayStation library is packed into a sleek and compact PS TV design, making it a convenient fit in any home-theater system.

Although the PS TV is clearly a gaming system first, it’s more than just a gamer’s device. It’s also capable of streaming non-gaming content from places like Hulu, just as Apple TV does. But the difference? Apple TV doesn’t support as many games and that’s where the PS TV thrives. The combination of features makes PS TV appropriate for the frequent and casual gamer.

While you can’t actually get your hands on a PlayStation TV or PlayStation TV Bundle for a few more weeks, you can preorder now at PlayStation. Or, if you’re considering purchasing it as a gift for the video gamer in your life, you may want to wait until after the Oct. 14 release date in anticipation of any possible upcoming Black Friday deals.