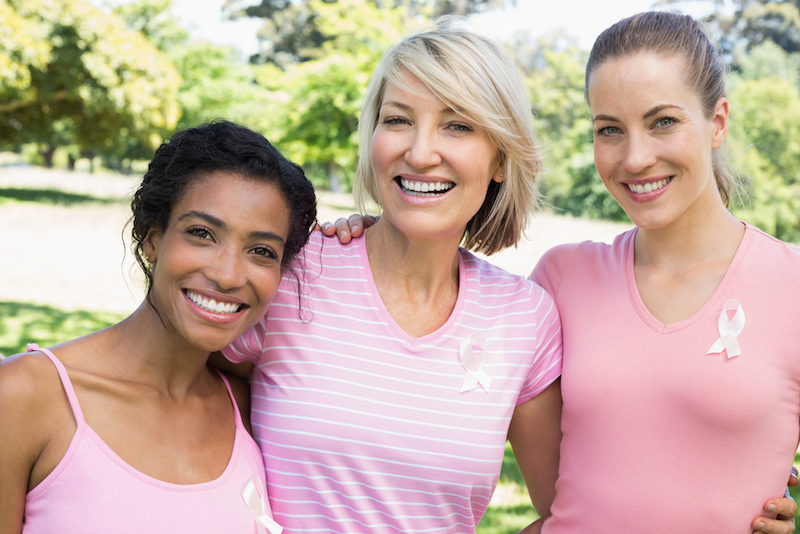 This October, products adorned with pink ribbons will fill retail stores nationwide. Companies that produce these items often claim to donate a portion of sales to support breast cancer research and programs. But before you purchase pink ribbon-emblazoned merchandise, you’ll want to make sure your money is going where you think it will.

Who uses the pink ribbon?

The Susan G. Komen Foundation first used the pink ribbon in 1991, during its Race for the Cure event, and it has since become a symbol of an international movement to raise awareness of breast cancer. The pink ribbon symbol is not trademarked, however, and there are no regulations for its use, meaning that any company can use it to boost its own image by appearing to align with charitable organizations. This is very effective marketing. In fact, about 93% of consumers said that when a company supports a cause, they have a more positive image of it.

Even if a portion of a company’s sales goes toward breast cancer research or treatment, it might still keep a majority of the sales. Or it might cap its donation, so that even after the company reaches its limit, it can keep profiting from use of the symbol.

“We have a public health crisis on our hands and we do not have enough to show for the billions that will be spent on these pink ribbon products,” says Karuna Jaggar, executive director of the watchdog group Breast Cancer Action, adding that “the pink ribbon is arguably the most successful marketing symbol of our time.”

Before you choose to buy a product with a pink ribbon on it, read the fine print and ask yourself a few questions:

1. How much of the product’s sale will be donated to charity?

Macy’s donates about 5% of proceeds from its Ideology items to the Breast Cancer Research Foundation. That percentage may not seem like much, but Bennett Weiner, COO of the Better Business Bureau’s Wise Giving Alliance, says small amounts don’t necessarily mean small checks in the long run. “The reality is that in most cause-related marketing promotion, it’s usually going to be 10 cents on the dollar going to the charity,” he says. “But if a lot of people buy the product it results in a large gift.”

Other for-profit companies may already be donating a set amount, which doesn’t necessarily include a portion of your purchase. Cuisinart, for example, is transparent with its consumers that it donates $32,500 each year to the Breast Cancer Research Foundation, regardless of pink-product sales.

2. Is any portion going to charity at all?

Check the label of the product to make sure a donation will be made with the purchase. In some cases, proceeds may not benefit any charity at all. Oriental Trading, for example, offers pink ribbon apparel, jewelry, party supplies and more, but it doesn’t promise to donate any of its profits.

Other companies use vague language, such as “a portion of proceeds,” to indicate how much will go to a charity. “How is anyone going to know what that [portion] is? You’ll never find out at point of purchase,” Weiner says, adding that making generic references to a percentage of profits is “clouding the understanding” of what the charity is really getting.

3. Where are the donations going?

Even if the majority of sale proceeds will be donated to a breast cancer charity, which organization is it? And how does the organization spend the money it receives? Even some reputable groups may use a majority of donations for marketing efforts and salaries, with very little actually going toward research and education.

Before making your purchase, research the charities these donations are going to. The Better Business Bureau’s Wise Giving Alliance, Charity Navigator and the American Institute of Philanthropy’s CharityWatch use tax-return reports to show consumers how charities will use donations.

Where to shop to support breast cancer

To help you navigate the sea of pink ribbon products and deals on the market, here are some products and shops that will help your dollar go the furthest toward the cause.

Lands’ End has partnered with BreastCancer.org to create the Pink Thread Project. When you purchase one of six pink thread icons (including the ubiquitous pink ribbon) to be embroidered on any Lands’ End item, 75% of the $6 fee will be donated to Breastcancer.org. The charity provides online resources and peer-to-peer support for those affected by breast cancer.

Skin care and makeup brand Jane Iredale donates 100% of profits from its Bright Future eye shadow to Living Beyond Breast Cancer, which supports programs for women affected by breast cancer. About 85% of donations to Living Beyond Breast Cancer go toward its programs, according to Charity Navigator. Unlike many other makeup brands with pink ribbon lines, Jane Iredale products are nontoxic and do not contain carcinogenic ingredients, according to the Campaign for Safe Cosmetics.

And many breast cancer organizations have online shops where consumers can buy products to directly support their research and programming. The Breast Cancer Research Foundation’s Shop Pink page has pink products from top brands including Cuisinart, Conair, Everlast, Ulta and Tory Burch. Similarly, Susan G. Komen For the Cure’s ShopKomen.com sells a variety of pink clothing, accessories and gifts supporting the foundation’s programs, including research, treatment, screening and education.

Make sure that any pink ribbon product you buy this October actually stands behind the message it’s sending. By doing your due diligence before making purchases, you make sure your money will reach those who need it most.

You may also enjoy:

Breast Cancer Awareness Donations: How to Avoid Getting Scammed