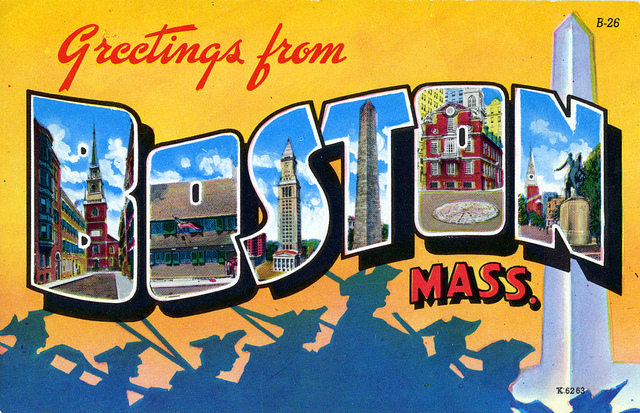 NerdWallet interviewed former Boston residents to compile a list of the 14 things they miss most about living in Bean Town. Do you agree? Share what you miss most about Boston in the comments section below (and if we agree, we might just post it). Enjoy! 2. Making fun of guys who think “I went to Harvard” is an acceptable pickup line. 3. Those nights where I paid $40 for a cab home because the T closed at midnight. 6. But it’s okay to be belligerent in public because Boston is a “college town.” 7. Dunkin’ Donuts on every block. 8. Being able to navigate the entire city by walking and taking the T. 9. Misguided people who went to Exeter or Andover thinking that anyone cares about their lame rivalry. 11. Running along the Charles River. 12. Being in a city where every sports team was a champion.